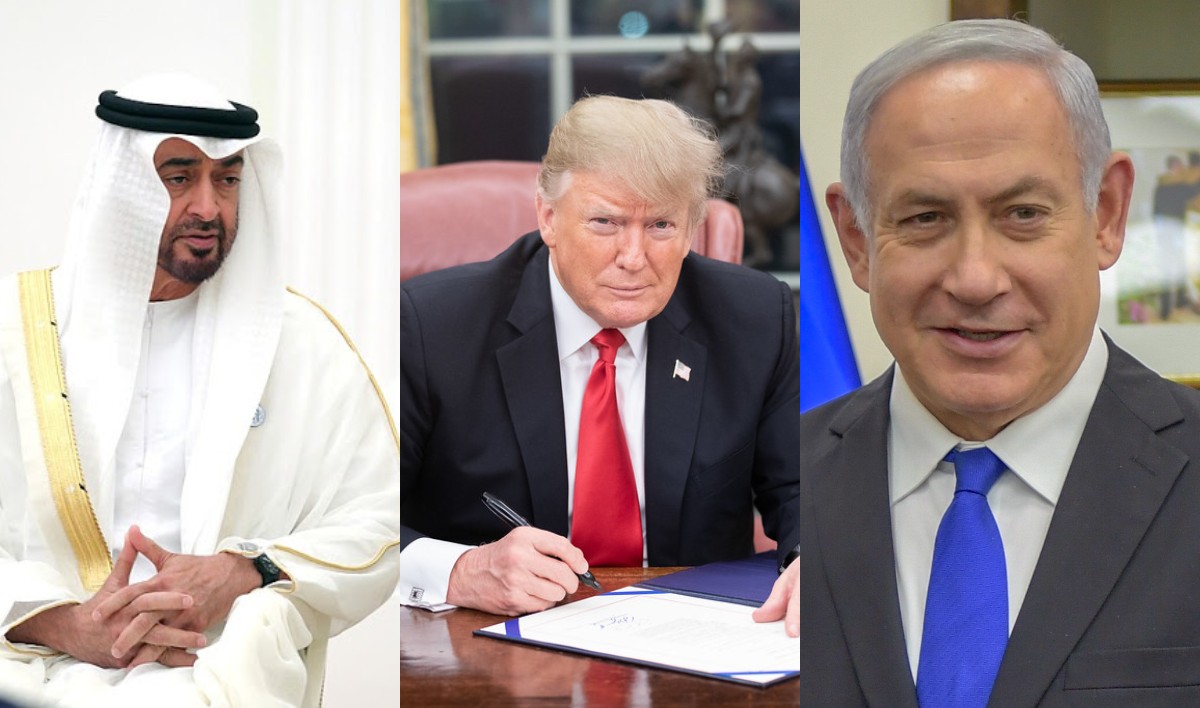 The United Arab Emirates and Israel announced on Thursday 13 August that they have agreed to normalise relations.

In a joint statement by United States President Donald Trump, Israeli Prime Minister Benjamin Netanyahu and the UAE’s Abu Dhabi Crown Prince Mohammed bin Zayed Al Nahyan it was announced that a “historic breakthrough” had been reached aimed at “advancing peace in the Middle East”.

According to the statement, which was tweeted by Trump, the UAE and Israel have agreed ”full normalization of relations”. 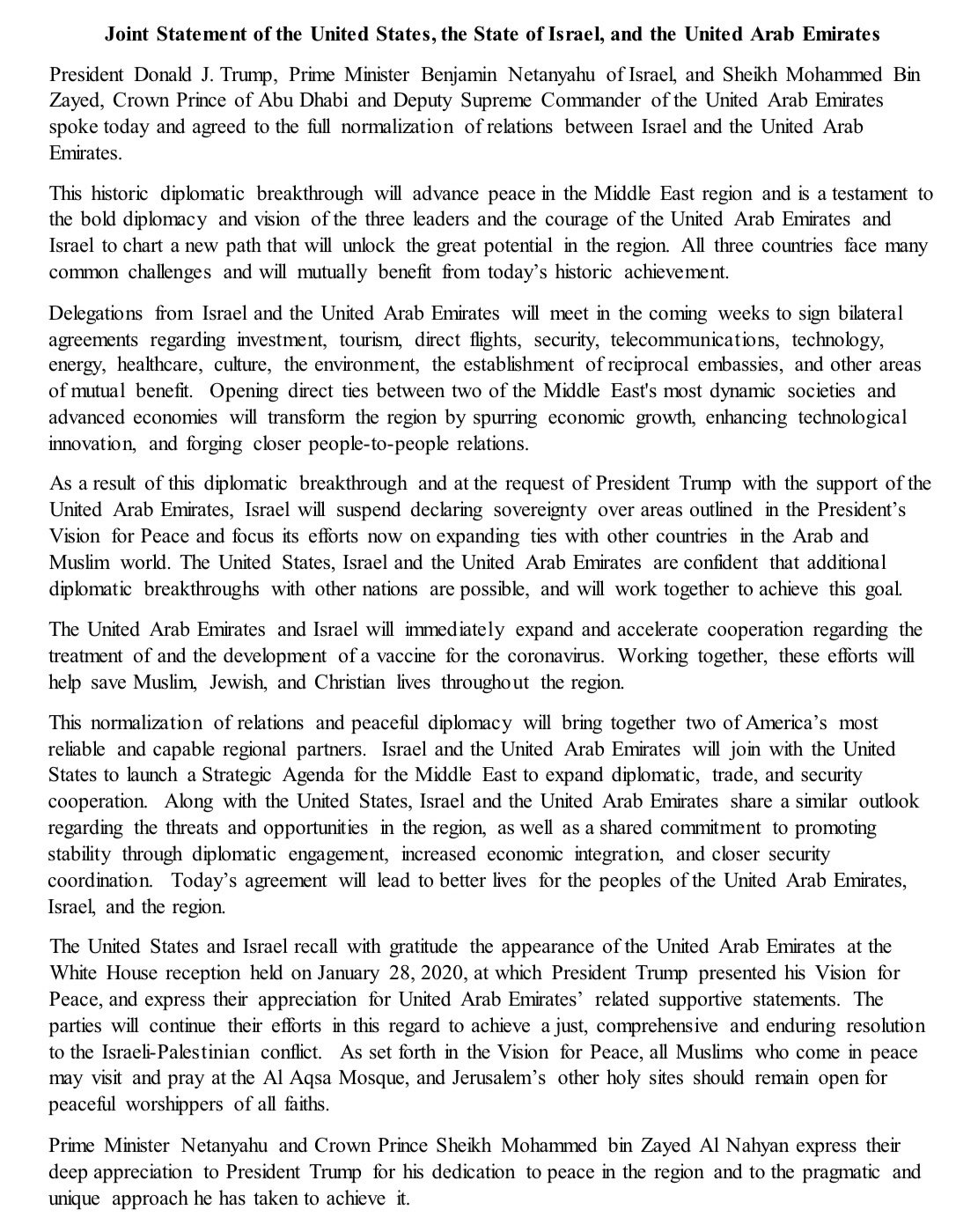 The statement, which came after a meeting between Trump, Netanyahu and Al Nahyan, reveals that delegations from Israel and the United Arab Emirates “will meet in the coming weeks to sign bilateral agreements regarding investment, tourism, direct flights, security, telecommunications, technology, energy, healthcare, culture, the environment, the establishment of reciprocal embassies, and other areas of mutual benefit.”

The statement continues that Israel will suspend its annexation of certain Palestinian territories.

“As a result of this diplomatic breakthrough and at the request of President Trump with the support of the United Arab Emirates, Israel will suspend declaring sovereignty over areas outlined in the President’s Vision for Peace and focus its efforts now on expanding ties with other counties in the Arab and Muslim world,” reads the statement. It is unclear whether Israel is already in talks with other Arab countries.

“During a call with President Trump and Prime Minister Netanyahu, an agreement was reached to stop further Israeli annexation of Palestinian territories. The UAE and Israel also agreed to cooperation and setting a roadmap towards establishing a bilateral relationship, tweeted the Crown Prince.

During a call with President Trump and Prime Minister Netanyahu, an agreement was reached to stop further Israeli annexation of Palestinian territories. The UAE and Israel also agreed to cooperation and setting a roadmap towards establishing a bilateral relationship.

Following the release of the joint statement, Egyptian President Abdel Fattah Al-Sisi praised “the agreement to stop Israel’s annexation of the Palestinian territories”.

The Egyptian President echoed the statement tweeted by the UAE’s Al Nahyan, focusing on how the normalization of ties would help “bring peace to the Middle East” and prevent further annexation of Palestinian territories.

“I value the efforts of those in charge of this agreement in order to achieve prosperity and stability for our region”.