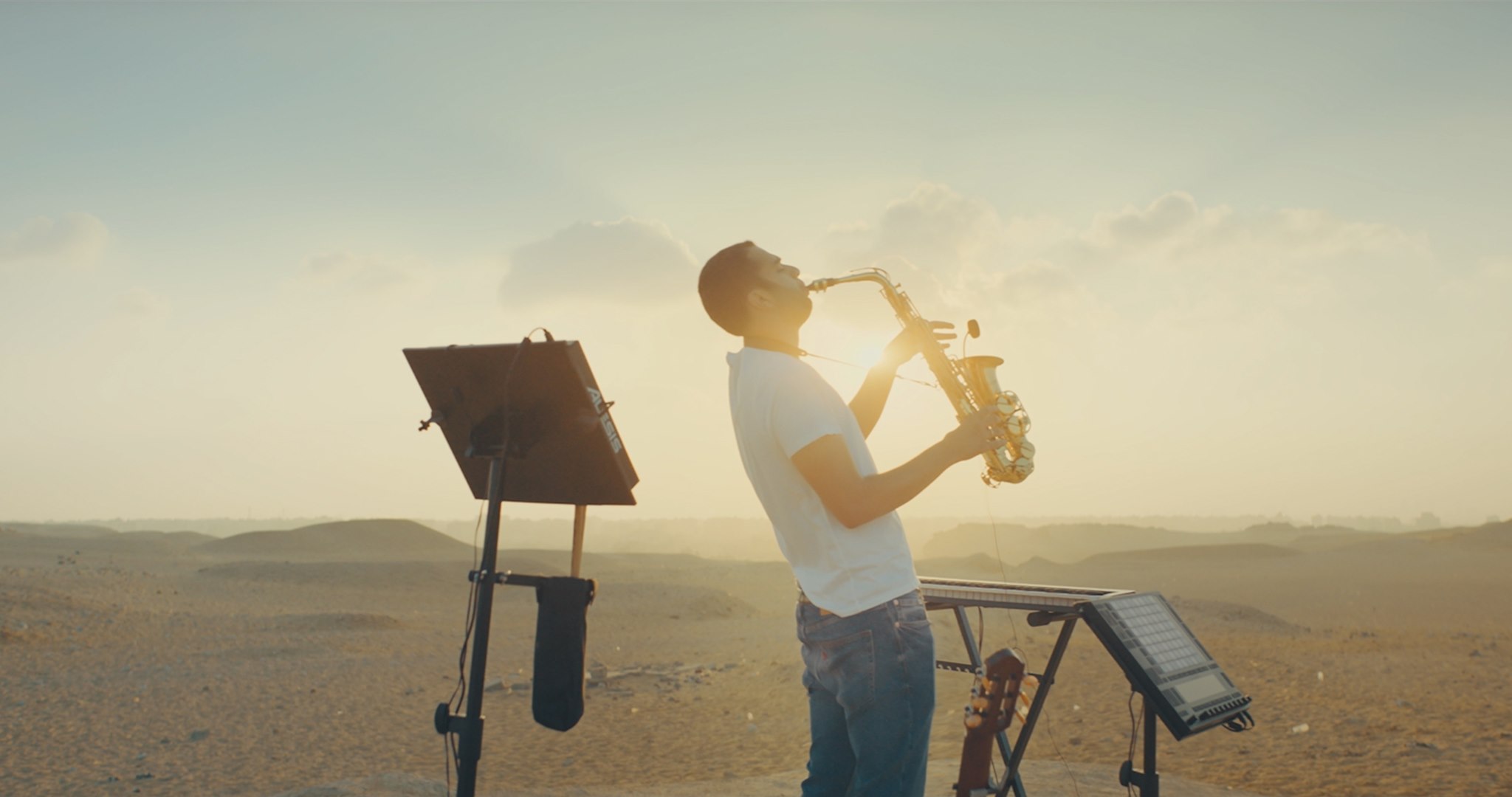 Influenced by the classical tunes of French artist Julien Clerc, the national melodies of Om Kulthoom, the electronic music of his generation, and French-Egyptian musician Ashraf Moawad first began playing the piano at six years old.

By the time he was 15, the young artist mastered the guitar, and by the age of 17, Moawad was on his way to becoming a professional deejay.

Fast forward to today and the 23-year-old instrumentalist, now famously known by his stage name, Ash, is performing live with the Great Pyramids of Giza as his backdrop, masterfully playing the saxophone, piano, guitar, and drums to his most streamed song ‘Mosaique’.

With 400 million streams on his own compositions, over 120,000 subscribers on YouTube, and half a million monthly listeners on Spotify, the French-Egyptian artist has made a name for himself in Cairo, Paris and Montreal.

As a musician, Ash combines the soulful tunes of the Eastern world with the electronic melodies of the west, creating a unique sound that now dominates his platform.

“One time I was finishing a deep house track, and right before I decided to release it, I added this melodic sounding guitar to the drop. Then I realized that combining the Middle Eastern sounds I grew up with and the electronic music I was influenced by was a great blend,” Ash tells Egyptian Streets.

That song, called ‘Lost’, was his earliest official release, piling up to 2 million views on YouTube—his first taste of stardom. 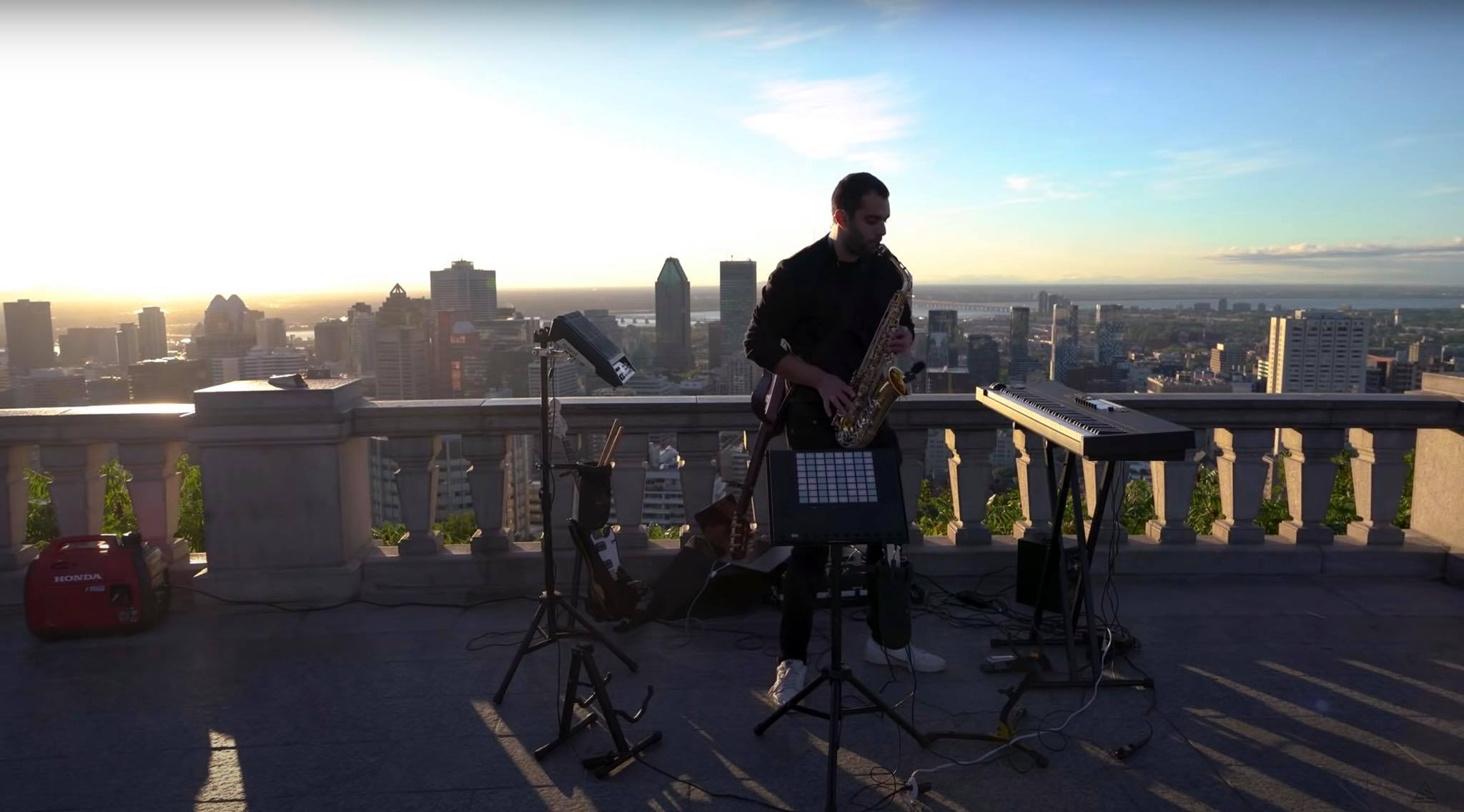 The vision for ‘Lost’ came when Ash realized that DJing limited him to sampled songs and already produced tracks. “I had just started learning how to DJ when I realized that by just DJing, I wasn’t able to use my music,” Ash says.

That’s when the artist started composing his own sounds with the help of his keyboard and creativity. “Whenever I wanted to add an instrument to my songs, instead of sampling it or getting someone to play, I would just learn it myself. For me that was just more practical,” he adds.

Cairo-Born Artist Moves to the North

Despite his French citizenship, Ash was born and bred in Cairo to Egyptian parents, his family often hopping between France and Egypt during his earliest years. Guitar and keyboard in hand, the soon-to-be artist moved to Montreal after his high school graduation, starting his early career there as a political science major.

“My mindset at the time was focusing on my studies. I had to get really good grades, find a really good job. It was not geared towards my music,” he says. With a high grade point average, the musician was interning at the Canadian Prime Minister’s constituency office during his last year at university. 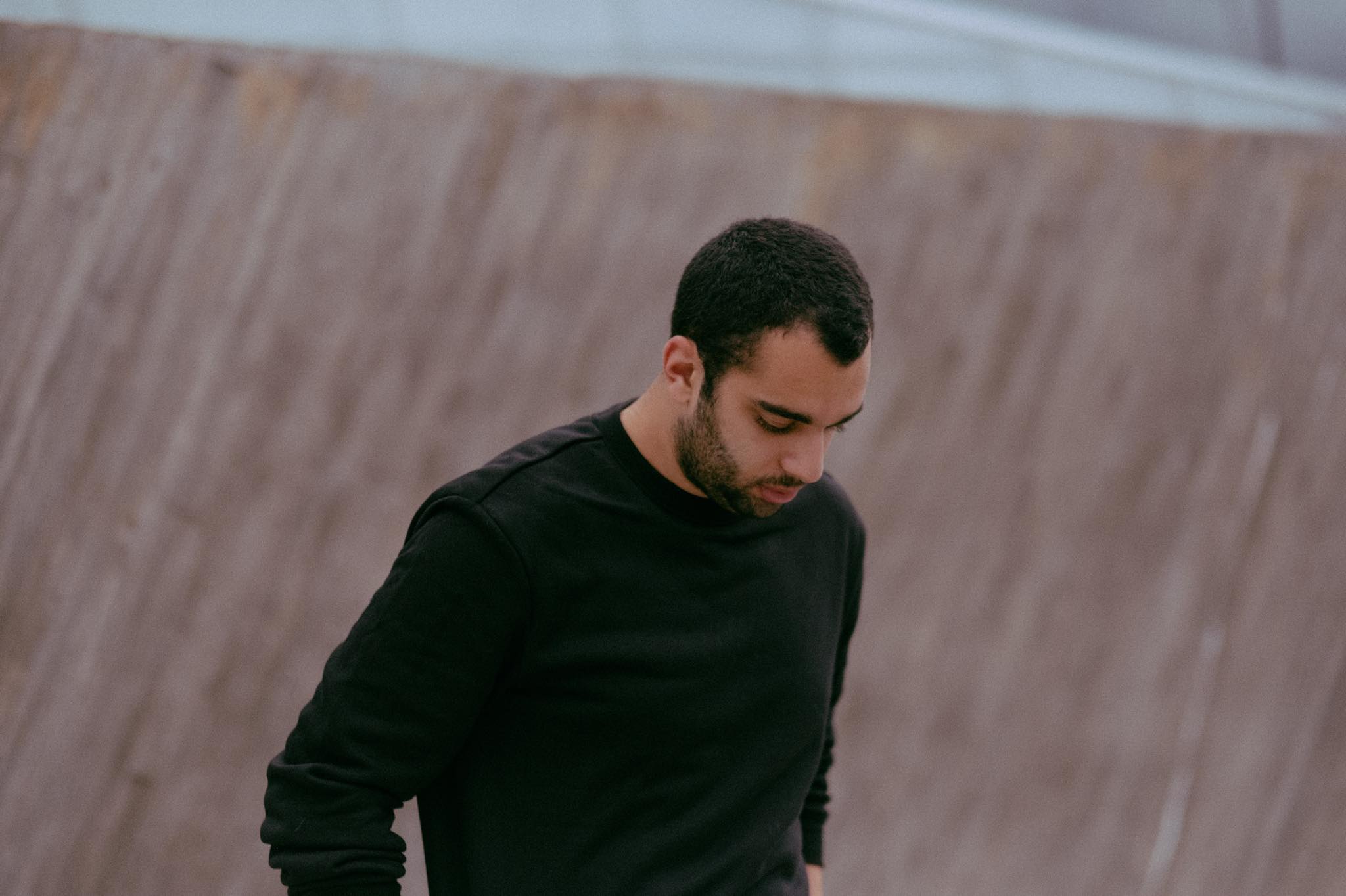 Despite his workload, Ash said he never allocated time to his music — instead he always created his songs on a whim, carrying his guitar almost everywhere with him during his early years in Montreal. “I was at a friend’s house, and I had my guitar and laptop. They asked me to compose something on the spot, and I said, ‘yeah, I can try,’” he recalls.

That’s when his most famous song ‘Mosaique’ was created, garnering over 100 million views on YouTube to date.

From One Career Path to Another

Ironically, Ash said he was never going to release the song if it wasn’t for his friends pushing him to do so — six months after its production. “It was just sitting on my laptop, and then six months later, I was showing it to a friend, and he said, ‘you have to release this.’ So I randomly posted it on SoundCloud and I was surprised by the reaction,” he recounts.

Despite its impressive viewer count on YouTube, the song only started to gain traction after almost a year of being released. “I have no idea how it just blew up,” Ash says. “The YouTube algorithm is crazy. You [release] a video and it could blow up out of nowhere.”

This set Ash on the path to music stardom, but the switch between careers happened while he was still working at the Prime Minister’s constituency office.

Before that moment, Ash was just making music for the fun of it, releasing tracks casually on SoundCloud whenever he felt inspired to create. But when he saw ‘Mosaique’ topping charts, the artist said he was touched.

“I never thought that one day, my music would reach so many people,” he says. “That’s when I decided I was going to give myself six or seven months to focus on music, as a full time career.”

For the past seven years Montreal has been one of Ash’s many homes, accrediting the French-Canadian city to where he discovered his love for performing.

“Before moving to Montreal, I was a DJ. I was only a DJ—mixing songs, and tracks, but I started learning [to perform live] , and that’s when I started buying more instruments because I felt like I wanted it to be more interesting,” he said.

The turning point, the artist recalls, was after watching his favourite DJ perform. “I was just so bored,” he says. “I just wanted to see more action, that’s when I decided to put on more of a show.”

Since then, Ash has been creating his music from scratch, and releasing multiple videos of himself performing his biggest hits from iconic spots in Cairo, Montreal, and Paris.

“For me that’s important because I wanted to make a statement. When I released ‘Mosaique,’ I realized a hundred million people had heard the song, but no one really knew the artist behind it,” he explains.

From then on, Ash paid tribute to all three cities he calls home, while openly marketing himself as an independent artist.

“I’m not with a label. I know it is about the connections and it is hard to make these connections yourself, but people often forget that the music speaks for itself. You have to sometimes trust your music and its power and the algorithm—that it will someday reach people and start working for itself,” he remarks.

With at least one live set in each city, Ash made sure his audience knew the creator behind the music and the cities that created the artist.

Even while performing at the Great Pyramids of Giza, those around him were surprised to find out he was Egyptian, according to the young musician.

“I wanted to make two statements at that time: This is Ash. This is who I am, and I am Egyptian… I also wanted to show my audience [that] I play my own instruments and [that] I am a live performer…I am the creator of my own music,” Ash said.

His latest live set was a fundraiser, hosted by Beatport, for Beirut. Growing up around Lebanese culture and friends, Ash was deeply affected by the Beirut Blast. “I was just honoured to be a part of this because Lebanon is like a second country to me,” he says.

Taking place in Belvedere, Montreal during a summer sunrise, the video has now gained over 200,000 views in the last three weeks.

Between Montreal and Cairo, Ash also spent a semester in Paris, where he made an ode to the city that has long been a part of his identity, performing two live sets there, one from a Parisian rooftop and another in Belleville.

Currently residing in Montreal, Ash is now working on his first ever album, to debut later this year.

Correlation Between Eating Habits and Mental Health: From Food to Mood
In Photos: An Alexandrian Couple Celebrate 40 Years Together

Putting on Those Dancing Shoes: 5 of the Top Places to Learn Dancing in Cairo

The Ultimate Guide to Freelancing in Egypt as an Artist

5 Egyptian Photographers to Watch in 2021

In Photos: An Alexandrian Couple Celebrate 40 Years Together
Correlation Between Eating Habits and Mental Health: From Food to Mood