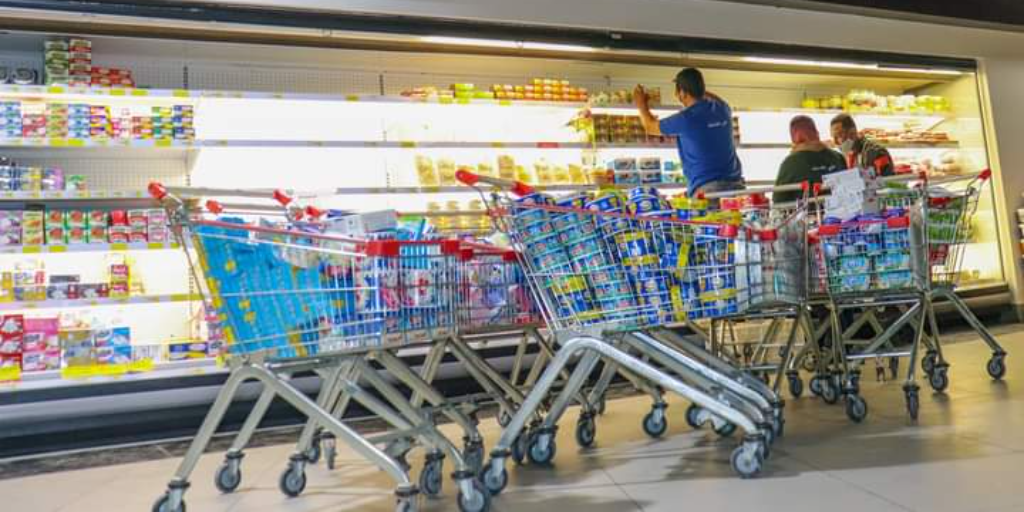 This week has seen growing calls in Egypt and across the region for the boycott of French brands in response to comments made by French President Emmanuel Macron regarding extremism in Muslim communities.

Hashtags related to the Prophet Muhammad and others calling for a boycott of France have trended on Facebook and Twitter and the topic has been hotly debated by scholars, academics and government figures across the region.

However, a boycott of French brands, especially in Egypt, would be shortsighted. Here’s why.

Ignoring luxury brands like Louis Vuitton (which in any case are not everyday, regular purchases), French brands are part and parcel of Egypt. These brands are familiar to everyday Egyptians, have long histories and ties with the country and are often distributed via Egyptian companies.

Among the brands targeted by boycotters is Carrefour, the French multinational hypermarket giant. In Egypt, Carrefour, which opened its first store in the country in 2002, is operated by the Emirati Majid Al Futtaim Group and employs more than 7,000 Egyptians across 54 stores. So far in 2020, Carrefour has invested EGP 200 million in the Egyptian economy and it is aiming to open nine new stores before the end of 2020, providing new employment opportunities for Egyptians.

In statements to Zawya earlier this year, Jean Luc Graziato, the Country Manager of Carrefour Egypt, said that the company is committed to contributing to the Egyptian economy.

“We believe that as a vital contributor to the economy, we have a strong social and economic responsibility towards the Egyptian customers and communities that we serve,” said Graziato.

“Carrefour’s commitment to the community extends to maintaining price stability and stock availability across all stores in Egypt.”

Another brand that has seen its products being pulled from the shelves of shopping malls in Egypt’s Menoufiya is ‘La Vache Qui Rit’ (the Laughing Cow), one of the leading brands of the French multinational cheese marketer the Bel Group.

The French processed cheese brand first appeared in Egypt in the 1970s and has been a staple good in many Egyptian fridges. La Vache Qui Rit has been produced and distributed in Egypt by Bel Group’s subsidiary Bel Egypt since 1998. Bel Egypt operates a number of factories in Egypt and has served as an export hub for the region, exporting not just Egyptian-made La Vache Qui Rit, but also other products like Kiri cheese.

A third brand targeted by boycotters is Danone, whose products in Egypt include Danone Yogurt, Activia, HiPro, Bebelac, Danette, Danup and Dango. These products are produced by Danone Egypt, which is a subsidiary of the Paris-based Danone S.A..

Since first investing in Egypt in 2006, Danone Egypt has continued to expand, with more than 1,500 Egyptian employees working across the country. Today, Danone Egypt operates a dairy production farm in Obour City and has set up the second largest dairy farm in Egypt, along with 10 milk collection centres to support small farmers.

Haitham Sadek, General Manager of Danone Egypt, told the Daily News Egypt earlier this year that the company continues to expand its presence in Egypt and is committed to growing its investments in the country while supporting Egyptians.

There are dozens of other brands named on ‘boycott hitlists’ on social media, including hotel chains which employ thousands of Egyptians across the country who have struggled through the pandemic due to the near-disappearance of tourists, Orange Egypt which employs more than 1,000 Egyptians and runs a number of corporate social responsibility initiatives to improve the lives of disadvantaged Egyptians, and many other brands.

Boycotting French brands without seriously looking into their operations and presence will only harm Egypt’s economy and, importantly, everyday Egyptians and their livelihoods; livelihoods that have already been threatened and put under immense pressure by the COVID-19 pandemic and recent economic policies in Egypt.

The boycott of French brands comes after French President Macron said that “Islam is a religion that is experiencing a crisis across the world”, referencing terrorist organisations, extremist ideology and radical political Islam.

Macron’s comments came less than a month before 47-year-old French teacher Samuel Paty was murdered and beheaded by Abdoullakh Abouyedovich Anzorov, an 18-year-old Russian-born refugee of Chechen descent. The motive is alleged to be Paty’s display of a five-year-old Charlie Hebdo cartoon depicting the Prophet Muhammad during a class on freedom of expression.

Following Paty’s murder, Macron again condemned extremism and radicalism while also stressing that France would not “renounce the caricatures [of the Prophet]”.

Across the Muslim world, the reaction by some authorities has been swift. According to the Guardian, 430 Kuwaiti travel agents have reportedly suspended reservations for flights to France. Meanwhile, French cultural week at Qatar University has been postponed and food distribution groups in Qatar have removed French products from their stores. In Morocco, the country’s Foreign Ministry condemned the republication of French cartoons depicting the Prophet, fuelling popular boycotts of French products in Morocco.

Whether or not you agree with the French President’s comments, boycotting “French brands” does not make sense.

Most of these brands are private companies with no involvement of the French (or any) government in their operations, have local subsidiaries and operations in countries like Egypt and employ thousands of locals while contributing to local communities.

France is home to six million Muslims – or 10 percent of France’s population – who enjoy more religious rights, freedoms and liberties than Muslims in Muslim-majority countries. Imagine if, like in some places in Egypt, France started banning hijab-wearing women from entering restaurants, bars or cafes – both non-Muslims and Muslims across France and the world would be outraged.

France is also a country where deep-rooted socio-economic issues have particularly impacted those from Muslim-majority countries. For example, while 79 percent of European immigrants to France are employed, those from North Africa have struggled with unemployment: more than four million people of Arab or African heritage were reported to be living in ‘slums’ with “unbearable discrimination” and significant poverty, according to a 2015 Guardian report. Meanwhile, a 2016 study found that 52 percent of respondents believed Muslims did not want to integrate,  with 29 percent holding the entire Muslim population in a negative light.

This Islamophobia and fear of ‘the Other’ continues to impact the lives of everyday Muslims living in France and Macron’s recent comments, in addition to the murder of Paty, may result in increased Islamophobia. Last week, two women wearing the hijab were stabbed near the Eiffel Tower in what was called a “racist incident”.

At the same time, France is a country that has witnessed 70 terror attacks since 2015, resulting in the deaths of 271 people and the injuries of 824 others. The vast majority of these attacks were conducted by Muslim-identifying individuals and groups. Though, one cannot ignore the socio-economic conditions and Islamophobia as factors contributing to radicalisation of individuals involved in these attacks.

Nevertheless, though Macron’s comments may have been antagonising – and though Macron should have exercised greater care especially in light of increasing Islamophobia in France and across Europe – the reaction to these comments is arguably more dangerous than anything Macron said.

The recent calls of boycott by government leaders, religious scholars and authorities and influencers and the sweeping condemnations of France risk increasing extremist thought and radicalisation, while also antagonising everyday French people who feel their freedoms of expression are unjustly under attack, especially in the light of the murder of Paty.

In a country like Egypt, where the Egyptian President has called on religious authorities to “purge religious discourse of extremism” and for a “religious revolution”, promoting the entirety of France as an enemy of Islam and French products and French people as naturally complicit is highly dangerous and fuels radicalisation.

On a number of social media posts by Egyptian media outlets, dozens of Facebook users have commented in support of Paty’s murderer, with some calling him a “martyr”. Others have likened Macron to the Devil.

These reactions not only promote radicalism, but also fuel Islamophobia: Islamophobes are able to point to these calls of boycott, to messages condemning Paty’s choice to show cartoons and say “see, we are right!”.

So what is the solution? That’s a complicated question and the answer will be even more complicated. But a solution will only start to crystallize when greater recognition is given to the real sources of tension. Simply boycotting France, as opposed to engaging and connecting with the French to tackle the issue of Islamophobia means no one wins.

How Can We Change the Narrative on Egypt's Development?
The Case for an Egyptian Cleopatra

The Case for an Egyptian Cleopatra
How Can We Change the Narrative on Egypt’s Development?