How Can We Change the Narrative on Egypt’s Development?

Mirna Abdulaal
How Can We Change the Narrative on Egypt’s Development?

It was a spring of hope. It was the winter of despair.

This is a narration from the short film ‘The Best of Times, Worst of Times’ by the Project Everyone – one of the most powerful and renowned creative communications agencies that have created various famous campaigns for businesses, NGOs, and UN Agencies that work in development.

It begins with contrasting images of prosperity and hardships; of abundance and hunger; of reconstruction and destruction; of peace and war; of equality and inequalities; of greenery and wildfires; and of life and death.

The mission, according to Project Everyone, is to show that the ‘best is yet to come’ – to show viewers that positive change can happen, and to mobilize world powers and communities to further act on the Global Goals (17 Sustainable Development Goals).

Another famous one by the agency is also ‘#WhatIReallyReallyWant’, which presents several women and girls from all around the world singing to the Spice Girls’ hit ‘Wannabe’, yet with a twist to fit context of tackling gender inequalities – telling the world what girls ‘really, really want’.

What makes Project Everyone’s campaigns on development particularly different and innovative is because their lens of focus is that of justice, not pity.

It is to focus on access to rights; on the needs of individuals first and then broadens out to “macro successes”; and to use a creative tone that is inspiring and realistic to make individuals feel they can and do make a difference.

More importantly, however, is that it breaks the decade long crisis in development communication: the traditional single-story framework that focuses on the “donor-recipient” relationship.

When we first think of any development campaign or advertisements, we often think of those that determine the role of communities, people or even developing countries as ‘receivers’ of aid or development.

The formula was clear: Poor people need help, while rich donors, organizations or leaders have the money to help.

Images of starved children in Africa, of helpless mothers, of broken homes and poverty continue to disempower and devalue the important roles that local people play in development, and prevents them from finding their own authentic cultural voice – of expression their own identity.

However, this is slowly beginning to change. In ‘Good Practices in Development Communication’ by Organization for Economic Co-operation and Development, it is mentioned that emerging economies have joined – and even taking the lead – as development actors and in shaping their own strategies and stories of development and cooperation.

It is not just due to the rise of new sources of funds (e.g. blended finance and domestic resource mobilization), the report states, but it is also due to recognition that local ownership is an essential element for success.

In Egypt: How can we change the narrative?

Sometimes it feels impossible to communicate on development.

You aren’t just communicating to one generation, but also several generations; the ones that already saw, lived and witnessed everything the current ones are seeing.

The ones that seemed to have achieved everything with every new project.

Yet slowly these projects disappear or become disconnected from the other periods. The development story becomes fragmented across several periods of history, and there are often moments when one asks: ‘What went wrong?’ or ‘Why are these (projects) no longer visible? Did they stop? Fail?’

Singapore provides one of the most interesting lessons in creating a united and timeless development story. In just one phrase, Prime Minister Lee Kuan Yew summarized for the world and his people his country’s own development journey: from a third world country to first world country. 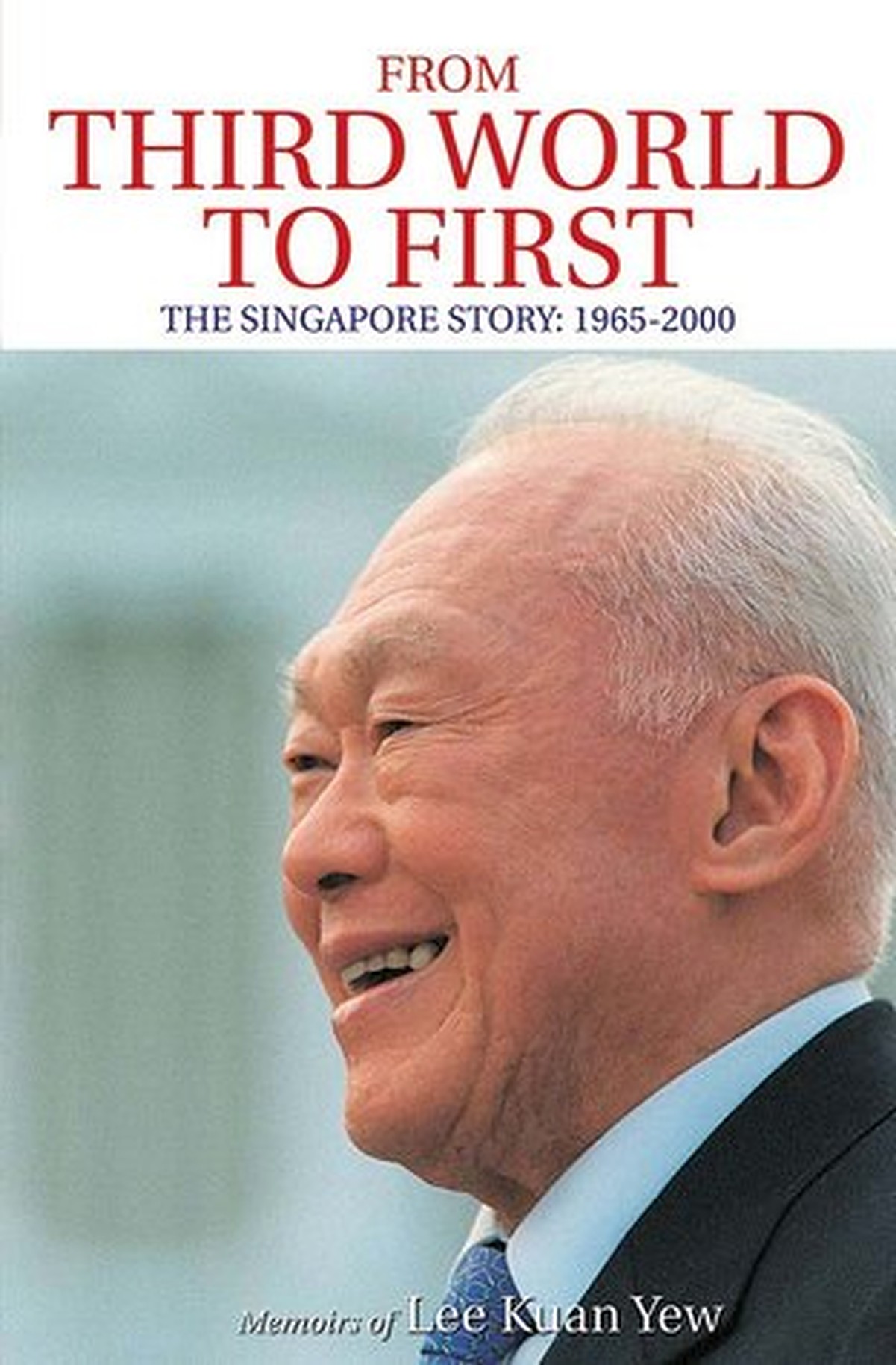 Even after the end of his reign, his ‘story’ still lived on with current leaders and politicians, as the opposition Worker’s Party manifesto in the 2011 general election was titled ‘Towards a First World Parliament’.

Prime Minister Lee Hsien Loong’s 2014 National Day speech also stated, ‘This was the spirit of our pioneers. They worked hard to take Singapore from Third World to First.’

These elements of continuity, unity and timelessness in Singapore’s story is really what is needed for more emerging economies in their development narratives, and which will really provide each country and community with its own ‘voice’ and local identity.

It makes communities feel powerful – that they have their own story and journey to tell.

In Egypt, Minister of International Cooperation, H.E Dr. Rania Al Mashat, unveiled a new ‘Global Partnerships Narrative’ that aims to redefine Egypt’s development story through three key pillars: people at the core, projects in action, and purpose as the driver to achieve the SDGs.

Here, we see another formula: it is not just the ‘rich’ helping the poor, but that anyone – the government, the private sector, civil society – can contribute to development. Local actors, in this case, whether it is through businesses or local NGOs, are given a much bigger role in the development narrative.

Quite similar to the Project Everyone, there is also a focus on justice and access to rights; first addressing people’s needs (people at the core), then to ‘macro successes’ (projects in action), and then to clear ‘targets’ which can then be monitored and assessed by audiences later on (purpose as the driver).

By creating this triple Ps narrative, all projects are streamlined and harmonized under one umbrella, which creates unity and brings to life the development journey, allowing audiences to clearly follow the starting and ending point of the implementation of projects.

On International Day of Food Loss & Waste, we connect the story of Upper #Egypt with the world; a story of awareness, productivity, resilience & change, supporting the fundamental role that sustainable production & consumption #SDG12 plays in promoting food security & nutrition. pic.twitter.com/8PEgQNPoxa

; in celebration of their 75th Anniversary. By showcasing the @worldfoodprogramme endless efforts and many activities that go well ‘BEYOND’ food. @wfp_mena This project hit close to the heart, a lot of emotional moments while filming that distinguish it from the rest, unforgettable moments that are truly grounding. So much respect and admiration to the role model that continues to extend boundaries and push limits @raniaalmashat it’s always an absolute pleasure, and can’t wait for what’s to come under People, Projects and Purpose @cairue your vision is motivational and your inspiration is contagious. I cant wait to see how you change the narrative in the industry. @bassem_eldabour, karima and the rest of the team for shooting in crazy locations and struggling with the intense heat and overheating complexities. @andrewmounir always killing it and always raising the bar. proud to call you a brother and a partner, can’t wait for what’s to come and what’s in store 😉

Produced by young local directors such as Ahmed Wahba, the ‘Beyond Food’ film – a partnership project between the World Food Programme and the Ministry of International Cooperation – is a good example of how campaigns can be done between local and global partners, to shift from the traditional single-story framework to one that evokes connection with the local people and inspire action for the global development goals.

A sense of identity

To give local communities a ‘sense of identity and empowerment’ has always been the missing element in the narrative. The truth is that communities do not just need new schools,  buildings, food or an influx of money in one project, they also need to connect and feel inspired.

Imagine communities as organisms – a combination of culture, history, laws, and individuals all living in one harmony. What development projects do is that they break this harmony and introduce something totally new to these communities, as stated by Ben Ramalingam in ‘Aid on the Edge of Chaos’, who describes development as something akin to an ‘invasive species’.

However, bringing back this harmony can be done when we place building connections as a priority. What this means is to listen, inspire and understand the needs of these communities – to make them feel important and empowered.

This is why field visits are also significant, such as the recent Luxor trip by the Ministry of International Cooperation and the World Food Programme on the expansion of old projects that were implemented since the early 2000s. These field visits allow us to bring the real development stories to life – to show continuity of projects, trial-and-error efforts and engage with the local communities to encourage them to adapt to new lifestyles.

As Michael Hobbes writes for the New Republic, “if we really want to fix development, we need to stop chasing after ideas the way we go on fad diets. Successful programs should be allowed to expand by degrees, not digits.”

Not all transformations should be instantly visible, and not all development projects should be ultimately groundbreaking in their first trials. What is most essential in creating a narrative on development is that we remain honest, committed and passionate in the journey, and allow all other communities to express their own story.

An Open Letter to Joe Biden from an Egyptian: The Potential of Your Impact
Boycotting French Brands in Egypt is Stupid

Boycotting French Brands in Egypt is Stupid
An Open Letter to Joe Biden from an Egyptian: The Potential of Your Impact