The ambitious conservation project of Shali village, located at the heart of the oasis, was inaugurated today on Friday.

The inauguration was attended by the Minister of Tourism and Antiquities Khaled El Enany, Minister of International Cooperation Rania Al-Mashat, Head of the European Union Delegation to Egypt Ivan Surkoš, Minister of Environment, Yasmine Fouad, and the Governor of Matrouh, General Khaled Shoeib, along with 20 foreign ambassadors to Egypt.

The restoration of the archaeological site is funded by the European Union, and is designed and implemented by the Environmental Quality International for Small and Medium Enterprise Development (EQI-SME).

It aims at not only reviving the local economy of the site but also setting the location as a eco-tourism destination. The project restored commercial zones, traditional marketplaces, upgraded environmental services, and established a Maternal and Child Healthcare Center to provide a better quality of life for communities and promote their economic empowerment. 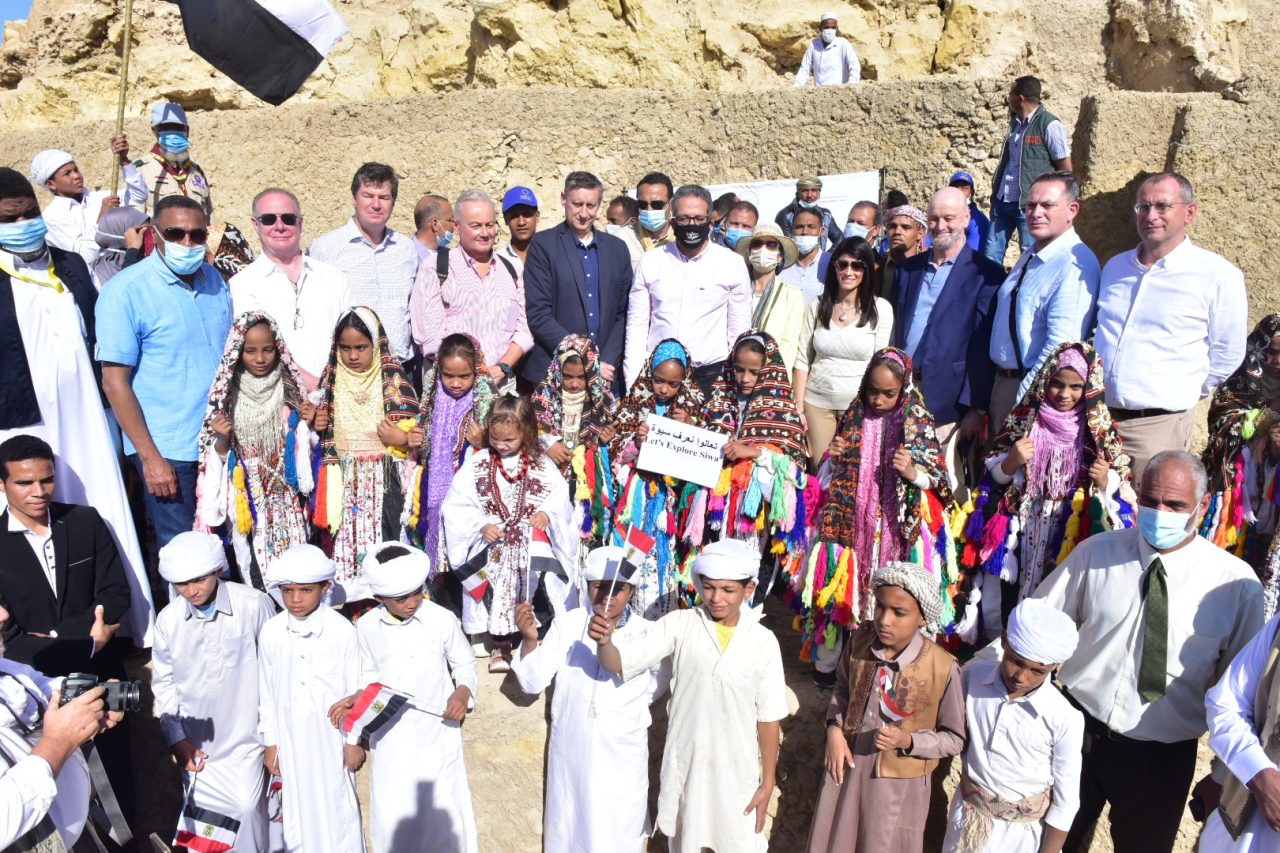 Minister of Tourism and Antiquities, Khaled El-Enany added that restoration works at the ancient fortress have been carried out over the past two years, with a €600,000 fund from the European Union.

Minister of International Cooperation, Dr. Rania Al Mashat, noted that the restoration projects reflects the value of international cooperation and Egypt’s partnership with the European Union, which is built on shared values to protect cultural heritage and support sustainable development.

She added that the project – which is a perfect destination for ecotourism – includes the participation of various actors committed to development, from international institutions to the government and civil society.

Minister of Environment Yasmine Fouad that the opening of the fortress is only the first step in transforming Siwa into an internationally renowned tourist destination.

Siwa’s inhabitants are largely known as Siwis; they are mostly from Berber origin and have a strong cultural link with Morocco. The inhabitants mainly gain an income from agricultural activities involving dates and olives, crafts and tourism.

Locals, namely men, often prioritize touristic activities for an income and they are known for being apt desert navigators.

Shali village is currently abandoned. Heavy rains at the beginning of the 20th century left the village uninhabitable. However, the site is still an object of curiosity to the oasis’ perpetual tourists and travelers.

The oasis’ proximity with the Libyan border has made the destination one that many are afraid to venture to, nonetheless, it remains as one of Egypt’s best kept and historically significant sites.