Perhaps it’s the sentimental background music, the lovable characters or the all around Christmas vibes that make certain Christmas films absolutely timeless to watch. Every year, as December approaches and lights go up while trees are donned, certain beloved Christmas-themed films seem to always re-surface for this specific time of year.

While there are thousands of Christmas films that have been made throughout the years, even new ones being introduced with every passing year, there seem to be a handful of films that will simply never get old. Of such timeless Christmas classics are Home Alone, Home Alone Two: Lost in New York, The Nightmare Before Christmas, Elf, Love Actually and a few more.

The few films listed above seem to be internationally timeless, with hardcore fans from all across the globe watching them religiously every Christmas season. It’s interesting to note why these particular films seem to be worldwide hits – in order to better dissect why this is the case, a variety of aspects will be touched upon.

Films like Home Alone, The Nightmare Before Christmas and Love Actually all introduced refreshingly new ideas to the telling of Christmas stories. From a child forgotten and left to fend for himself to a Halloween skeleton who secretly loves Christmas and a series of different types of ‘love stories’ taking place around the holiday season, these films are far from the typical ‘feel-good-let’s-find-the-true-meaning-of-Christmas’ holiday films.

While films such as Miracle on 34th Street (1947) and It’s a Wonderful Life (1946) offer those fuzzy Christmas feels, and while they are indeed timeless classics as well, they are not quite as globally successful as some of the films listed above. This could come as a result of the time the films were released, as well as the fact that they are slightly more relatable to American (or Western) audiences.

Yes, the few films mentioned above are also more targeted towards Western audiences, yet perhaps it is the unique storyline itself that has made them such huge successes, as opposed to the Christmas aspect of these films. Home Alone (1990) for example, revolves around a young boy with a big family who was ‘forgotten at home’ as his family set off for their annual holiday vacation. From then on, audiences eagerly watch the young boy fend for himself, all while trying to outsmart a couple of thieves and ultimately realizing that all he truly wants is to spend the holidays with his family.

The Nightmare Before Christmas (1993) on the other hand, introduced a multitude of new and unique ideas. Other than it having somewhat of a dark and twisted theme to a holiday film, it is also a hugely successful full-length stop-motion animation. While a stop-motion animation may seem great for a children’s film, The Nightmare Before Christmas is targeted more towards older audiences, offering various themes, from the main character trying to find that which brings them joy to feeling out of place and lonely. Ultimately, the film culminates with a happy ending, all while somehow highlighting the values of Christmas and why it’s such a beloved holiday.

Joining the ‘timeless’ chain slightly later on, the 2003 hit Love Actually acted as a breath of fresh air at the time of its release (and is still greatly loved to this day). The film interweaves separate but somehow related storylines of various characters all ‘finding love’ during the holidays. The characters and situations are relatable, funny and incredibly heartwarming.

Christmas or holiday films are generally all about the feel-good factor, which the timeless classics mentioned throughout the article most certainly have. Perhaps this is another big aspect that plays into these films’ global success – that while offering a refreshing take on ‘Christmas stories’ that may be slightly unorthodox, they still manage to tie everything together into an overall feel-good experience. 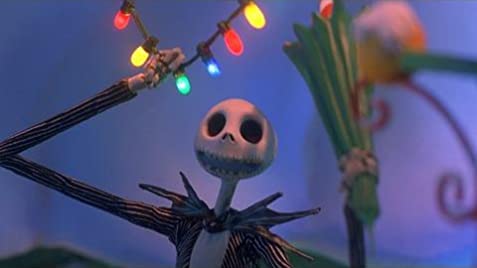 In fact, according to a 2019 article on Business Insider about the popularity of Christmas movies, it states that “The religious studies scholar Christopher Deacy states that Christmas movies act as a barometer of how we might want to live and how we might see and measure ourselves… These movies offer a variety of portraits of everyday life while affirming ethical values and social mores along the way.”

In Home Alone, both our main character Kevin and his family realize that the holidays aren’t the same without each other and they do everything they possibly can to be re-united. While the film takes audiences on a fun adventure, it also makes us realize the importance of family in a not so direct in-your-face sort of way.

The Nightmare Before Christmas may explore themes of loneliness and feeling out of place, yet it provides a hopeful outlook on one eventually getting to where they need to be. Although it is very much a peculiar take on a holiday film, it is both aesthetically stimulating as well as being thought provoking. Ultimately, it is a film that is greatly memorable.

And then comes Love Actually, a film with opening and ending credits that will never fail to give audiences all the feels. Other than giving intimate portrayals of how various families across London celebrate the holidays, the film also beautifully highlights the many different ways love arises or presents itself in people’s everyday lives.

All in all, while there are a ton of Christmas films that are timeless and worthwhile, there will always be a handful that seem to stand out amongst the rest and will seemingly continue to do so for years to come.