Transport for Cairo: The Startup Mapping Movement in Egypt and Across Africa

Amina Zaineldine
Transport for Cairo: The Startup Mapping Movement in Egypt and Across Africa 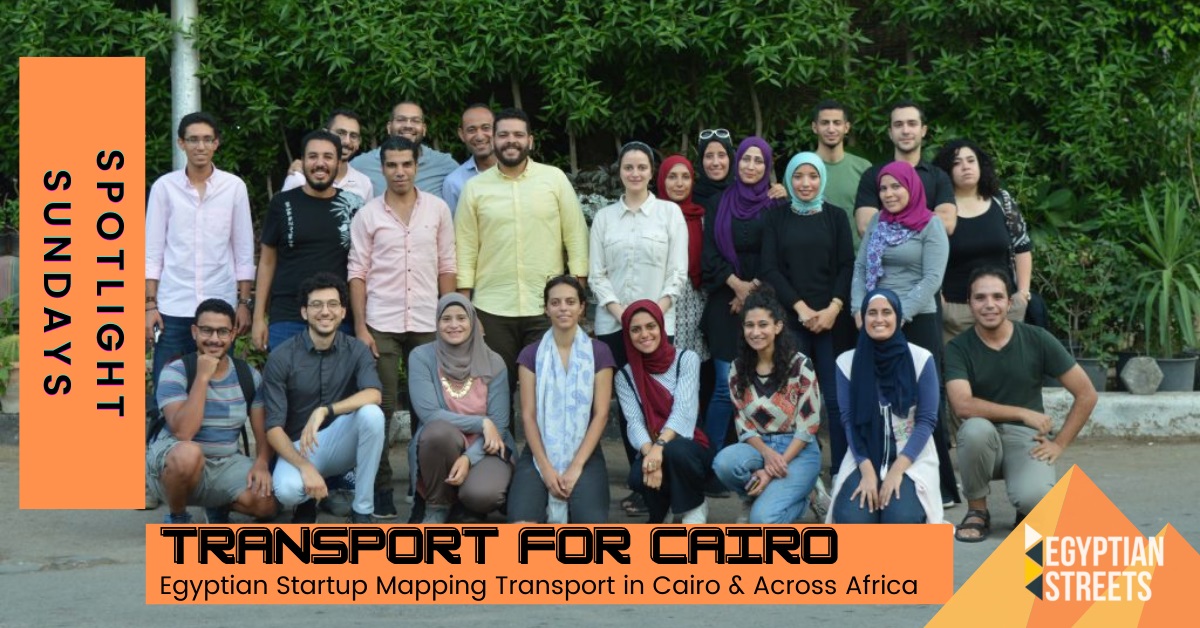 On the streets of Cairo, millions bustle to catch rides to their place of work in the morning and home in the afternoon. Personal cars rush past city bus terminals, scooters weave in between microbuses, and white taxis stand out while ride-hailing service vehicles blend in.

Beneath the surface of what the untrained eye perceives as chaos, a predictable, reliable, and essential network of public transport pumps life into the arteries of the largest metropolis in the Middle East and Africa.

For most of Cairo’s inhabitants, the accessibility and affordability of the city’s underground, public bus system, and more informal modes of transport such as microbuses and minibuses is their ticket to navigating the city’s vast distances. But in spite of this predictability and reliability, few have a bird’s eye view of this vast web — and this is where Egyptian data scientist and entrepreneur Mohamed Hegazy saw a gap in the market.

When he read about Digital Matatus, a project mapping Matatus – the public transit system in Nairobi, Kenya – Hegazy asked himself why no one was doing the same in Egypt. Today, six years later, he is the director of the Egyptian transport consultancy Transport for Cairo (TfC).

“It [TfC] was meant to be a project at the beginning. And the target was to put Egyptian Public Transport and microbuses on Google Maps,” Hegazy told Egyptian Streets.

“But when we started doing it, we quickly realized that Cairo is five or six times bigger than Nairobi and it requires technology and scale to manage that complexity. So this is when I decided to professionalize. We founded the company in April 2016.”

Instantly, Hegazy and his teammates took note of how integrated and fundamental the transport system was in Egypt, and how it could serve as a window into deeper understanding of Egyptian society. The population’s use of transport gave insight into health, education, economic development, social equality, gender dynamics, and a variety of other aspects of life in Egypt.

This realization was a key to the growth of TfC. With a number of skilled data scientists on their team, TfC embarked on a journey to use the data collected in their work to reach significant conclusions – taking TfC into the world of consulting.

“We decided to go deeper than just doing the mapping and to actually use the maps and the data created to learn more about the system, and work on changing it from the top down from the area where massive amounts of public and private investments take place,” Hegazy said.

Now a consultancy, the company has worked with a variety of international entities starting with the World Bank. Their work has taken them beyond the borders not only of Cairo, but of Egypt with projects in Kenya, Uganda, Rwanda, Ethiopia, and other African countries, giving them international renown. 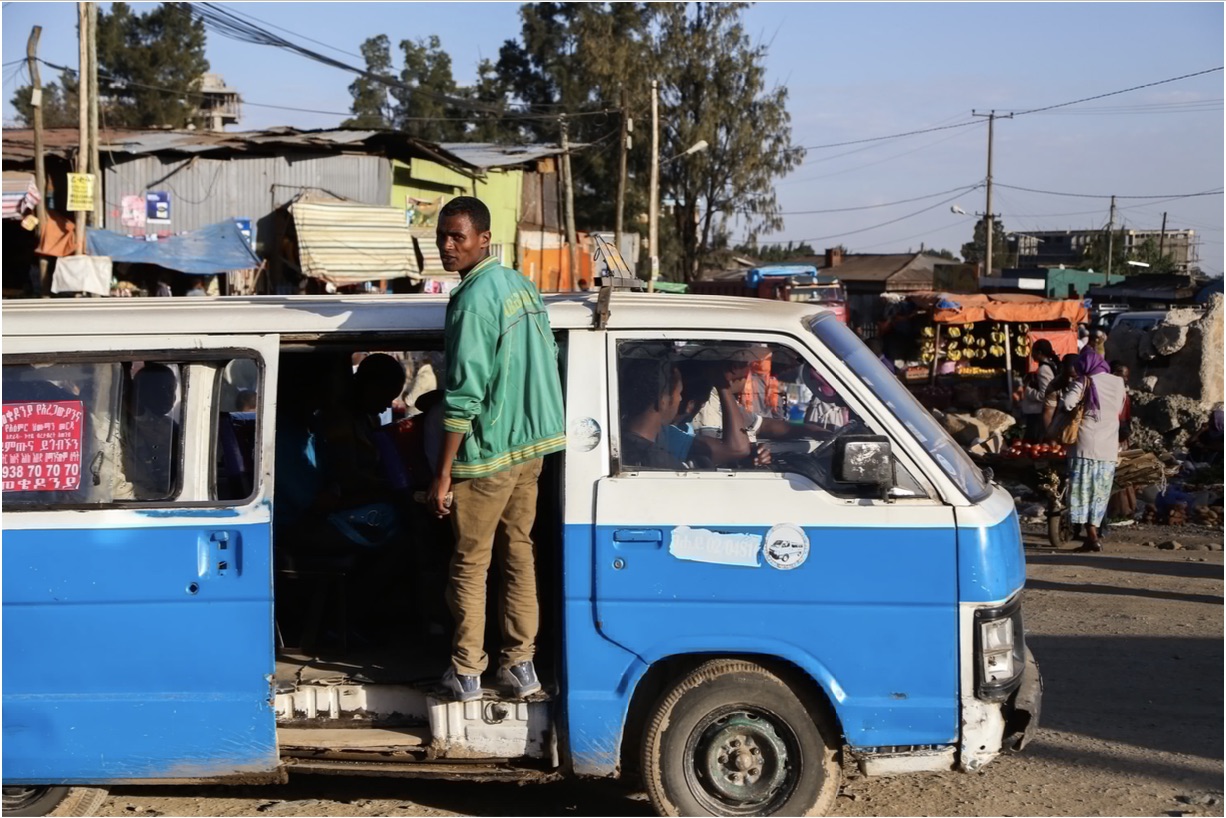 Hegazy explains to Egyptian Streets that the data they gather answer a wide variety of questions about public transport systems, starting with the basic operational date: How fast they go, how many passengers they are able to transport versus how many passengers they actually transport, how frequent their services are, how well the city is covered by the system, and to what extent the system is impacted by traffic congestion.

Studies they conduct with Development Finance Institutions such as the World Bank aim to use this data to understand how Egypt’s public transport aids in development, or what types of transport – e.g. new metro lines, new highways – are most likely to yield helpful results if they are invested in.

An avid cycler himself, Hegazy and his team also focus on the importance of developing more sustainable forms of transportation. Only recently, they embarked on a project with the New Urban Community Authority (NUCA) to create a sustainable urban mobility plan – the first of its kind in Egypt – with one of Cairo’s satellite areas.

Such a plan creates a holistic projection of “how many people will be moving, how they will be moving, and how we want them to be moving – [encouraging] fewer cars, more public transport, and more active travel, such as walking and cycling,” says Hegazy.

Based on these studies and projections, TfC come up with a list of recommendations. Hegazy believes that this holistic approach to the evolution and development of transportation in Egypt is a step in the right direction.

While most end users of public transportation may not be immediately aware of the work TfC does, they may well be accessing their services unknowingly. On the widely used trip planning app Google Maps, TfC can be found credited for the routes of various microbuses, Cairo Transport Authority buses, and more.

But chances are that we may see the results of TfC’s work materializing more and more visibly, starting with the foundations of the Egyptian public transportations system. With their on-the-ground research as well as their commitment to efficiency and sustainability, they work with the intention to map and develop transport for the benefit of its users as well as those employed in it.

“Ultimately, what we try to do is to quantify problems here in Cairo, and make sure that policymakers and decision takers have access to the information and have access to a vision of how we can use this information to the city’s advantage,” Hegazy concluded.

Senior Editor at Egyptian Streets. Adjunct Professor at the Department of Journalism and Mass Communication at the American University in Cairo. Holds a master's degree in Global Journalism from the University of Sheffield, where she wrote a dissertation about the effect of disinformation on the profession of journalism. Passionate about music, story-telling, baking, social justice, and taking care of her plants. "If you smell something, say something." -Jon Stewart, 2015

Yussef El Guindi: From Acting to Playwriting, an Egyptian, British and American Life 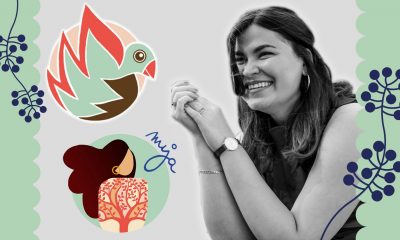