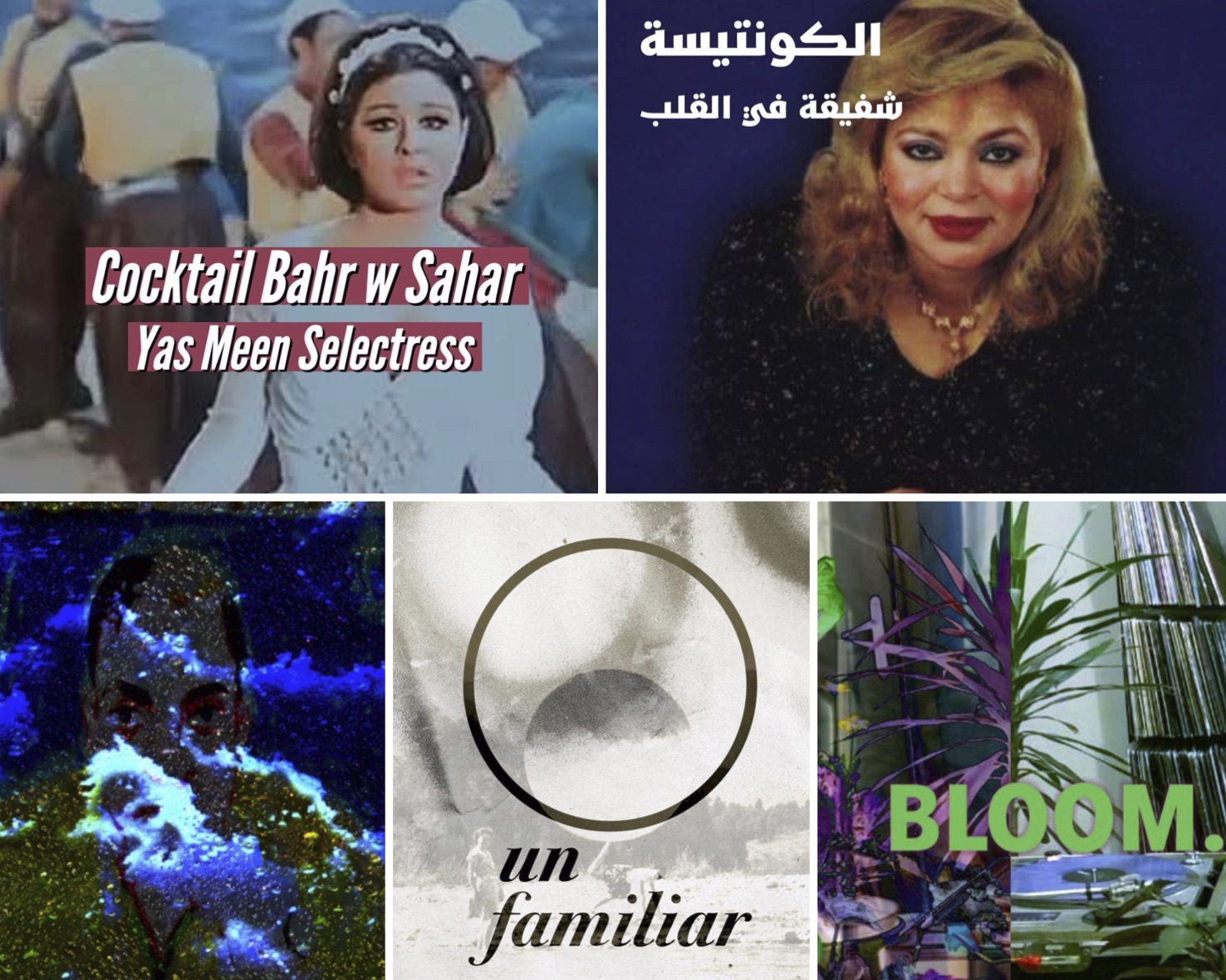 Cairo is brimming with musical talent. Like in most industries, male musicians and DJs are more visible, better paid, and much more frequently booked than their female and non-binary counterparts.

But here is a warning: if you search SoundCloud for Egyptian women DJs, you will be dragged down a multivocal rabbit hole encompassing all genres and beyond, and you might never reemerge.

Women and non-binary DJs in Egypt and the diaspora are remixing and shaping contemporary music worlds. Beyond that, they are also building communities for mutual support, creating safer spaces in Cairo’s nightlife, and even bringing you sustainable foods alongside their fire music.

Here is an insufficient list of amazing sets that Egyptian DJs have recently blessed us with.

Cairo based DJ and Producer Zeina has played house and techno sets in Montreal, Toronto, San Francisco, Berlin, and Cairo. She describes her music mixes to be “as expressive and creative as she is”.

Zeina is also the founder of Unfamiliar, a DJ collective committed to building communities around music and pushing female talent in the industry. Through Unfamiliar, she is creating spaces for female electronic musicians, “cross-pollinating talent and influences from the cities she’s lived in”.

As part of this mission, she teamed up with Future Female Sounds, a Danish non-profit that seeks to empower women in the music industry. This October, they are offering free DJing workshops for female DJs in Cairo.

“Access to tools and instruction that feels comfortable are often overlooked points when it comes to breaking up the ‘boys club’ of the music industry”, says Zeina. Places are limited. You can sign up here.

This set was part of a virtual Unfamiliar showcase for Hunaalqahira.

Fajr Soleiman, aka El Kontessa, is a Cairo-based DJ, graphic designer and visual artist who has emerged within a wave of alternative Egyptian music. She mixes folk, or shaabi, music with electronic snippets and, sometimes, Cairo’s street noise.

Her sets are exhilarating and frantic, drawing us into overwhelming rhythmic soundscapes. She often remixes songs that are played at shaabi weddings and parties.

El Kontessa says that she sees shaabi music as something that is truly Egyptian, because it encompasses a culture of celebration as well as “all the problems and misery. I’m convinced that this kind of music brings people together.”

This set is a Movement Radio guest mix for Muqata’a.

Amanda, aka purplpitch, is a DJ, visual artist and “Analysand” based in between Cairo and Houstoun. Exploring her world, you will find a passion for vinyls and Afrobeats as well as her homemade chilli oil that is delivered to you with a song.

“I am inspired by artists who take risks, don’t take themselves too seriously, but still manage to insert their politics into their work”, purplpitch tells Egyptian Streets.

“I am particularly fond of 80’s hip-hop because it is exploring and unpolished. It symbolizes an era where genres are playing the game Twister, crossing over one another in all different directions, giving way to the 90s where sampling further zigzags genres and builds audio playgrounds,” she explains.

This set is called Bloom and is inspired by “the symbolic image of a grounded tree [… and a] sobering selection of artists who speak out against injustice and inequality”, writes purplpitch.

Donia Shohdy, aka A*ba-L-Jelly (“The jelly b*tch,” as she translates it), is a DJ as well as Co-founder and Organizer of the Cairo club night JellyZone.

In her sets she experiments with a variety of genres, breaking “the mold of typical dance music conventions, exploring unexpected connections between genres and styles, diving into the furthest possibilities of electronic expression, but then always bringing it back to a beat that keeps you moving”, as Mada Masr writes.

JellyZone began as a series of house parties in 2017 and has since established itself as a safer space that tries to be non-elitist and non-sexist. It offers an alternative to most of Cairo’s grim club culture which is known to normalise discriminatory door policies, mixed group requirements, and expensive drink and ticket prices.

Every second Friday of the month, she plays the “Cocktail” at the Palestinian radio station Radio alHara.

“A cocktail tape, or shereet cocktail in Arabic, means a mixtape”, she explains. “Back in the day, I remember my brother and I used to spend days coming up with a list of Arabic songs we would want compiled in one mixtape, go to a cassette shop, give them that list, and go back in a week to pick up that cocktail.”

This set is a guest mix featuring predominantly women and non-binary artists from Egypt, Sudan and Algeria for Radio Balamii’s Habibti Nation.

Online Dating in Egypt: How a Swipe of Luck Leads to Marriage
From Tragedy to Hope: An Egyptian Architect's Journey to Transforming a Giza Village

From Tragedy to Hope: An Egyptian Architect’s Journey to Transforming a Giza Village
Online Dating in Egypt: How a Swipe of Luck Leads to Marriage