‘Muslim-American Women are Not a Monolith’: Egyptian-American Filmmaker Iman Zawahry

For African-Americans in the 90s, comedy sitcoms such as ‘The Fresh Prince of Bel-Air’ introduced the idea of the ‘Black American Dream’. Historically, Black people on American television were rarely presented without negative stereotypes, yet the Fresh Prince of Bel-Air gave an interesting twist – it illustrated the power of comedy to build deeper connections with audiences, and to also authentically share the experiences of communities in their own way.

Comedy is more than just an entertaining way to express stories; it also humanizes our experiences. It makes us think and feel differently about the everyday issues we face, and break the walls that block us from sharing our realities with others.

As children, we have always watched American sitcoms and often tried to blend them with our own Egyptian culture. But what would have happened if we had grown up watching American sitcoms that talked about our own culture? Not simply American, more like American…ish?

‘My identity would always be around being a Muslim’

Egyptian-American Iman Zawahry is one of the first Muslim-American filmmakers in the US to give a voice to her community. Despite only being released this year, her debut film ‘Americanish’ has already won several awards, including the CAAMFest Audience Award and most recently the Best Feature Director at La Femme International Film Festival.

Growing up in Panama City, a small city in Florida, Zawahry was always creative, from playing three instruments to being deeply drawn to storytelling. Yet there were no artists in the family, and the idea of going into filmmaking was, at first, a challenge for them to understand or accept.

“They definitely did not want me to do that in life, but they didn’t stop me. But for about ten years of my filmmaking career they wanted me to continue to be a doctor or a lawyer. And that’s why I spend a lot of my time telling my uncles and aunts to let their kids be artists,” she told Egyptian Streets.

As the center of entertainment in the Arab world, Egypt’s voice and connection to the global and immigrant community has not only been through the pyramids and its Ancient Egyptian heritage, but also through its film, music and drama.

“I actually really appreciate the comedy actors in Egypt, I mean how could you not love Adel Imam. My mom also watches a lot of Egyptian Tamseleyas (series), but the way that they portray women and perpetuate gender roles stereotypes sometimes can be a very big issue for me. This is the complete opposite of what we need in film and television,” Zawahry says.

Even though Egypt has always been a significant part of her life, she always identified more as a Muslim-American than an an ‘Egyptian-American’.

“Every year, I would spend the summers in Egypt. We would call it the ‘summer program’ because my family were very concerned about us losing our roots. It’s interesting because Egypt was always a large part of my life, but it was not something that I felt I needed to connect with or really defend to my American counterparts living around in the South,” she tells Egyptian Streets.

“My identity would always be around being a Muslim and the Egyptian would be a latter thing which no one even really cared about. Actually, this is the first interview I’ve ever done about being Egyptian. My identity first has always been American Muslim and not Arab-American or Egyptian-American. Perhaps this is the product of the idea of a conflict of civilizations, which most first generation immigrant children feel. When I went to Egypt I was not Egyptian, I was American. And when I’m here in America I’m not Egyptian I’m just Muslim or othered and they lump every ethnicity into that,” she adds. 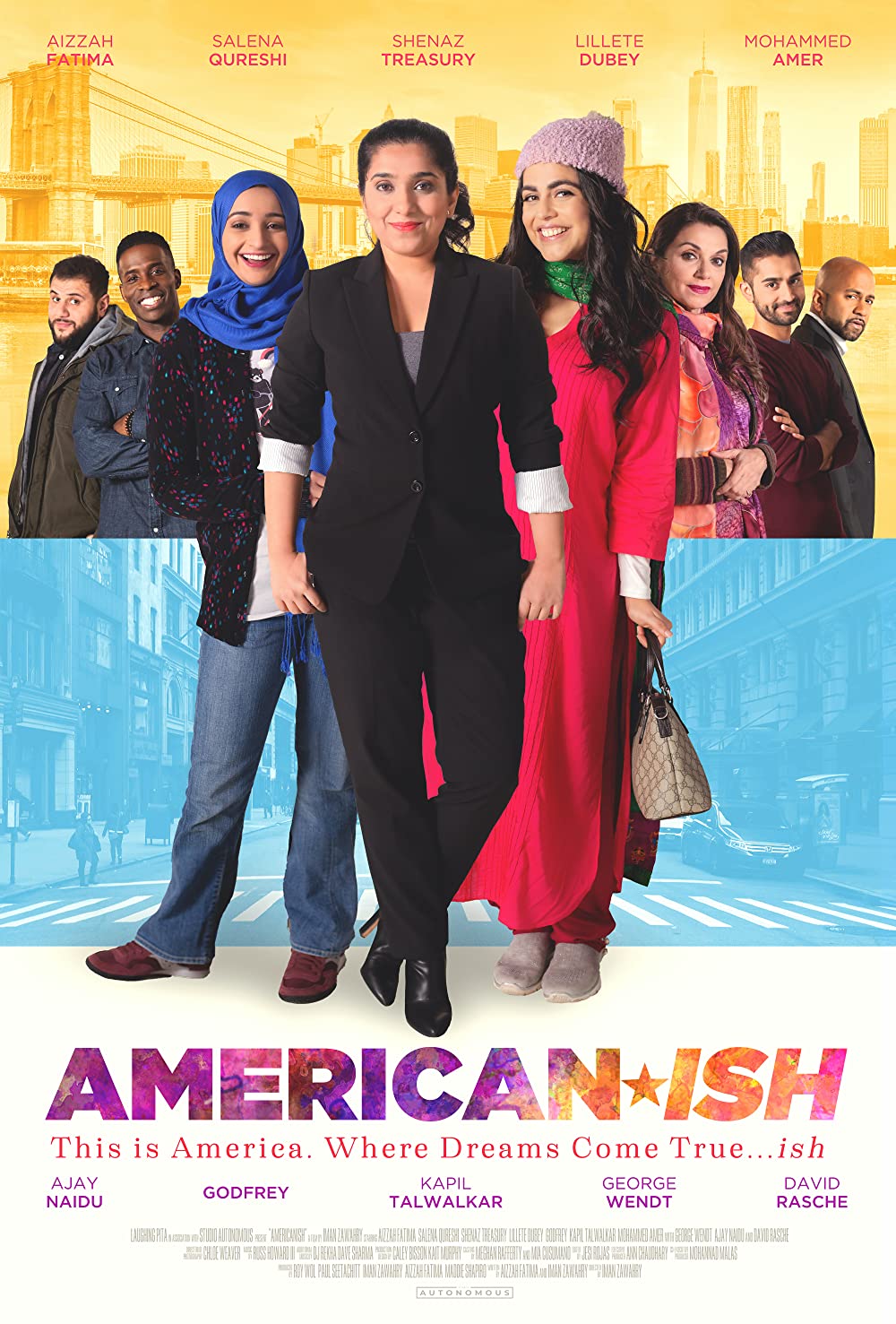 This is how the story of ‘Americanish’ came about. Fed up with stereotypes and outside perceptions of identity, which do not give room for diversity and for each identity to tell its own story, Americanish reimagines the ‘American Dream’ for Muslim communities in America through the experience of three young Pakistani American women.

“Americanish is created to show that Muslim-American women are not a monolith and we are American and not foreign. We are not timid, shy or oppressed. We are women with agency in our own lives. All of this is told of course under the realm of comedy which I believe is the best way to educate and unite communities. Once you’re able to laugh, you let your guard down and you start to understand,” Zawahry says.

The story is based off her creative partner Aizzah Fatima’s play called ‘Dirty Paki Lingerie’, which shows how a new generation of Muslim women are experiencing the intersection of tradition and modernity as Muslim women.

“I saw this show in New York City and I was floored as I saw her transform into six different Muslim women through a green scarf from the ages of six to 60s. I laughed, I cried, I hollered and I saw myself first portrayed on stage for the first time. I said this is definitely what needs to be on film,” she says.

“It’s my story and the story of so many women, Muslim or not, and finally seeing a normal romantic comedy with people that look like the multi cultural fabric of America,” she adds.

Looking forward, and with films that have been shown in 100 venues worldwide under her belt, Zawahry is planning more projects to continue to use her art to provide a voice for Muslim-Americans.

She recently finished directing her first project for television in Canada with Zarqa Nawaz, the creator of the first North American show about Muslims “Little Mosque on the Prairie,” and is also working on a animation project for children about a little Palestinian girl, along with a second feature film about growing up brown in the South of the United States, which will be shot within the coming two years.For more information on the film, visit the website or check out her Instagram and Twitter page.

Meet the Woman Who Brought Professional Poi Spinning to Egypt
In Photos: A Recap of Egypt’s Second Half of Inktober

In Photos: A Recap of Egypt’s Second Half of Inktober
Meet the Woman Who Brought Professional Poi Spinning to Egypt