If you’re a trop de choix tue le choix (too much choice kills the choice) kind of person, then the newly opened French bistro, Le Relais de l’Entrecôte, is just what you need.

The French bistro is famous for being a single dish restaurant that will have its visitors answering only one question: how will my steak be cooked today?

Since its establishment in 1959 by Paul Gineste de Saurs, l’Entrecôte has been a crowd-assembler – around the world, people stand outside the bistro in long lines, but in Egypt, it stands as empty land.

I had visited Le Relais de Venise: L’Entrecôte in New York City, and have been dreaming about its mouth-watering steak since 2018, so when I heard its sister restaurant Le Relais de l’Entrecôte recently opened in Egypt’s Akran Plaza in Sheikh Zayed and 5A by the Waterway in New Cairo, I had to visit.

I made my way to 5A’s branch on a Sunday evening, and in my true punctual fashion, I called the restaurant in advance to reserve a table for three. The restaurant does not take reservations, its doors are always open for visitors. 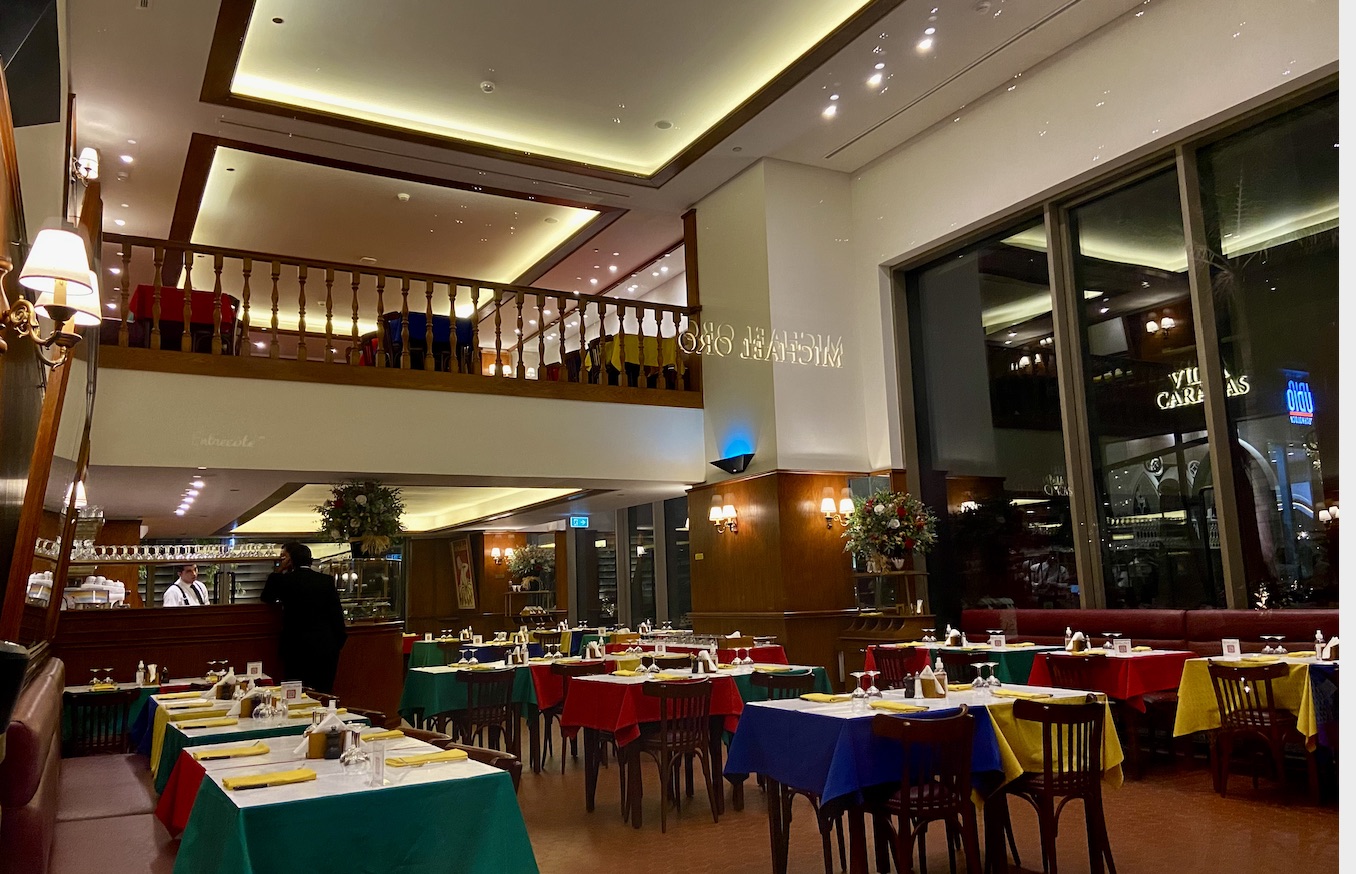 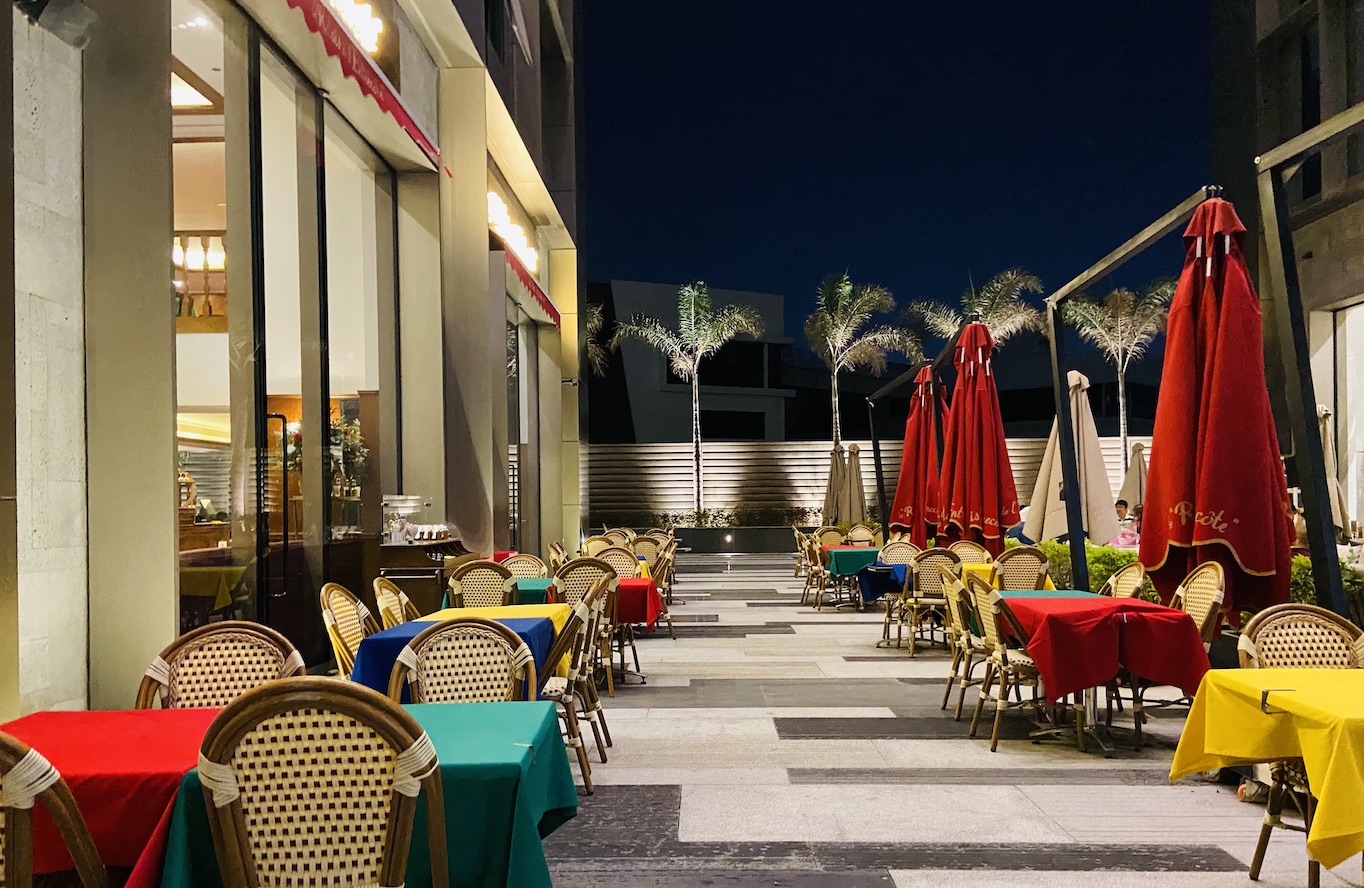 The place was particularly empty, only two tables were seated, with ours being the third. The emptiness struck me, given how crowded it usually is abroad, but maybe it was because it was 9 PM on a Sunday, the start of the weekday for Egyptians.

In true French style, the famous red logo and wooden tables covered in colorful tablecloths greeted me upon my entrance. On the inside, yellow lanterns and horizontal mirrors line its walls. The ambience of the place was a perfect replica of the original one, so I was hopeful and eager to re-taste its iconic meal.

The weather was nice, so we opted to sit outside, and upon being seated, the waiter put a white tablecloth on our table. At L’Entrecôte, there is no time wasted looking at the menu. The waiter, dressed in French waiter fashion, asked us how we wanted our steak cooked. We cautiously ordered our steak cooked medium-well, with no further questions asked except for our choice of drinks.

Within minutes, we were presented with a walnut salad, a plate of sliced French baguette, and a small serving of butter.

The salad was simple, made of fresh lettuce, walnuts, and Dijon mustard sauce; it had a tangy dressing that left you satisfied and light. If we’re going to get a taste of Paris, then it is only fair we get exquisite baguettes – but unfortunately these were noticeably soggy. Nonetheless, our hunger wiped the bread basket clean within seconds.

Shortly after, our main course was served: a plate of thinly-sliced steak with a generous portion of fries, drenched in its popular “secret sauce”. The meat was tender, cooked to medium-well perfection. The fries, on the other hand, were slightly bland and soggy. The show-stopper of the night, however, was the sauce. The dark green sauce is unmatchable, and based on my memory of my New York City experience, it was almost a perfect match.

As we were finishing up our first serving, the waiter came with steak and fries for a second serving. I mean, who doesn’t like a second serving that is spooned straight onto your plate? Surprisingly, the second serving of fries was better – perfectly crisp. We held off asking the waiter how the sauce is made, and in true motherly fashion, my mother was already Googling recipes to make it at home.

The verdict for the nôtre contre filet pare avec sa fameuse sauce, pomme allumettes, et sa salad au noix, – which is just fancy French for steak, sauce, fries, and salad – was that it was good and satisfactory, but we don’t think we will be back for a second time. The main course costs EGP 625 (USD 33) per person, which isn’t quite expensive considering the rounds of servings and the quality of the meat, but isn’t affordable for a normal day-to-day experience.

The price of L’Entrecôte worldwide ranges between USD 24 to USD 35, and when compared to the prices set in Egypt, they do not largely differ.

We couldn’t quite leave without trying a dish from the dessert menu, so we ordered the Café Glacé EGP 85 (USD 4.5), and the Relais Vacherin EGP 95 (USD 5 ). The prices for the desserts were fairly priced in my opinion, their size was big enough to share between three people.

The Vacherin dessert is supposedly one of the best desserts the restaurant offers, and it did not disappoint. It is composed of layered meringue disks, with dark chocolate sauce, and layered ice cream. Everything about this was perfect, but what wowed us the most was the Café Glacé, popularly known as affogato, which is basically ice cream and coffee. The flavors were perfectly balanced and rich, making both dishes truly memorable. If I had to pick, I think I would be back for dessert and maybe some coffee.

Our total rounded up to approximately EGP 3000 (USD 160), which places it on the high-end spectrum in Egypt. The emptiness of the branch I went to was strikingly odd, which reflects my verdict.

For a second timer, I was not particularly amazed, but my parents who were first-timers, were really impressed. The question of whether the restaurant offers value for money is quite subjective, but if I were to answer it, I don’t think it does. 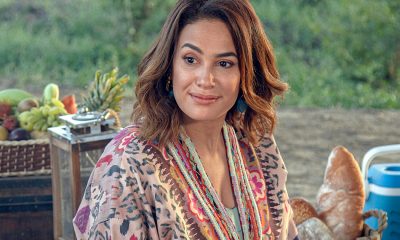