In the first half of 2022 alone, at least 18.4 million people in Africa faced acute food insecurity and rising malnutrition due to prolonged drought and four consecutive failed rainy seasons in certain countries. South Africa announced this year a national state of disaster following devastating floods, and Somalia is facing a catastrophic famine, as it enters its fifth consecutive season with little to no rain.

For many countries in Africa, water scarcity will be the primary medium through which the effects of climate change will be most felt. Physical water scarcity, which is linked to flooding events and extended periods of drought, can directly affect agricultural production, productivity, and health.

On the other hand, economic water scarcity, which refers to limited investments in water infrastructure, is also one of the main reasons for the severity of the water crisis, making areas that are more water-secure, such as Egypt and Tunisia, face inadequate access to water resources.

Achieving water security at the household or city level is more difficult than controlling supply and demand on a macro-scale, which means that multilateral institutions will need to understand the priorities of African governments and the African people, and rebrand Africa as a key destination for investment.

Hannah Ryder, CEO of international development consultancy Development Reimagined, reiterates this in her op-ed, ‘How multilaterals exaggerate Africa risk’, as she explains that a disproportionate number of African countries are assessed as “in or at risk of debt distress”, yet the positive spillovers of finance, particularly in vulnerable sectors, are usually not considered.

This prevents African countries from selling their opportunities for further investment. From the vast swaths of desert land and high solar irradiance, there are opportunities for climate technologies and entrepreneurship that could not only tackle the issue of resource scarcity, but also the universal access to resources.

What is climate tech?

Climate tech is concerned with technologies that are focused on either reducing greenhouse gas emissions, adapting to the impacts of climate change, and enhancing our understanding of climate through data and information.

The transport sector usually receives the largest amount of attention and funding, as electric vehicles, micromobility, and other transit models have proven to be capable of solving many challenges for cities in Africa.

Egypt has positioned itself as a powerful climate tech country,  which is backed by building stronger tech ecosystems through several startup accelerators and venture firms to further boost the country’s startup ecosystem, help its youth kickstart their technology and innovation-driven entrepreneurship.

Egypt’s startup sector has witnessed an increase over the past years, culminating in an all-time high funding volume of EGP 8.9 billion (USD 491 million) in Magnitt’s 2021 Egypt Venture Investment Report.

Egypt recently signed an agreement to purchase 70 locally-made electric buses with investments that are worth around EGP 323 million. Departing from Cairo’s Adly Mansour Station, Egypt’s first electric multiple unit (EMU), developed by CRRC Sifang has a maximum speed of 120 kilometres per hour and consists of six cars, with a capacity of 2,222 passengers.

There are also other examples of climate tech, which include startups and companies that develop renewables, clean industry, crop protection, water or food recycling, or nature conservation. For instance, in Egypt, Wai Technologies is a startup that helps to plug holes in the water grid and offers an artificial intelligence-based solution and data analytics to pinpoint problems in the water network, such as water leakages.

Shamsina is another example of a climate tech startup in Egypt, which designs and manufactures affordable solar technologies for communities that suffer from energy poverty, strengthening the local know-how of these technologies and freeing users from monthly bills.

What will happen at COP27?

Already looking to seeing the finalists at #COP27 pic.twitter.com/ZWokoKJulW

The UN Climate Change Conference 2022 (COP27) will take place in Egypt’s Sharm el-Sheikh between 6 November and 18 November. Bringing together all countries and partners under one room, there is now more room for climate tech startups to thrive and expand to more markets across Africa and the globe.

President Abdel Fattah El Sisi stressed that COP27 will focus on moving from pledges to implementation, and that developed countries will need to take decisive steps to fulfill their pledges to support African countries.

This year’s COP27 offers the chance for Africa to close the information gap that can lead to the problem of inaccurate assessments and global perceptions.

As part of the Egyptian government’s COP27 activities, the ministries of International Cooperation, Environment, and Communications and Information Technology announced the launch of the global Climatech Run 2022 competition, which targets tech entrepreneurs and digital artists who share a collective passion for sustainability to present their work at COP27. 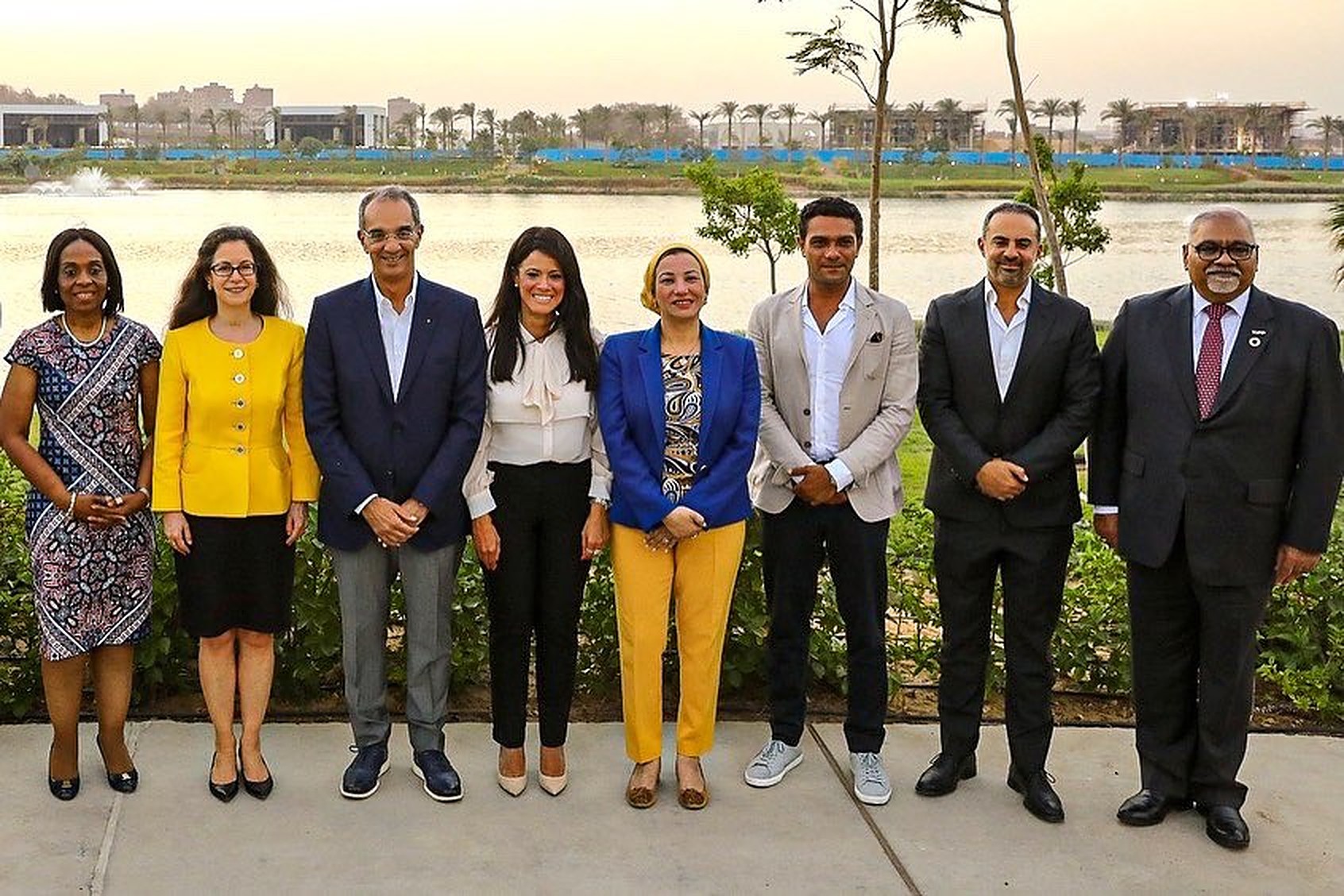 Supporting partners from the development community also attended, namely the United States Agency for International Development (USAID), the World Food Programme, the United Nations Population Fund (UNFPA), as well as the private sector and the entrepreneurial community, including Google and Microsoft.

President of Google in Africa, Europe, and the Middle East, shared a tweet about the competition and emphasised in his speech during the event that the competition reiterates the commitment towards implementation, as the startups that ClimaTech will find and support will promote technologies that can help accelerate adaptation in Africa and the world.

The competition has two complementing tracks: the first track was for global tech entrepreneurs (ICT for Climate Action Track), and the second track was for digital artists (DigitalArt4Climate).

ClimaTech Run will extend over a period of one month until September 22 to create a globally connected ecosystem that fuels inspiration and joy for climate action through worldwide live events and webinars.

The first phase of the competition is the registration period which lasts for a month.

The second phase starts during COP27, where the qualified applications will be given the opportunity to present their ideas and participate in the climate conference, alongside high-level officials from governments, development partners, and the private sector.

Visiting a Hammam: Dipping into Egypt’s Disappearing Bathhouse Culture
In Photos: The Final Days of a King, and Egypt’s Last Royal Romance

In Photos: The Final Days of a King, and Egypt’s Last Royal Romance
Visiting a Hammam: Dipping into Egypt’s Disappearing Bathhouse Culture