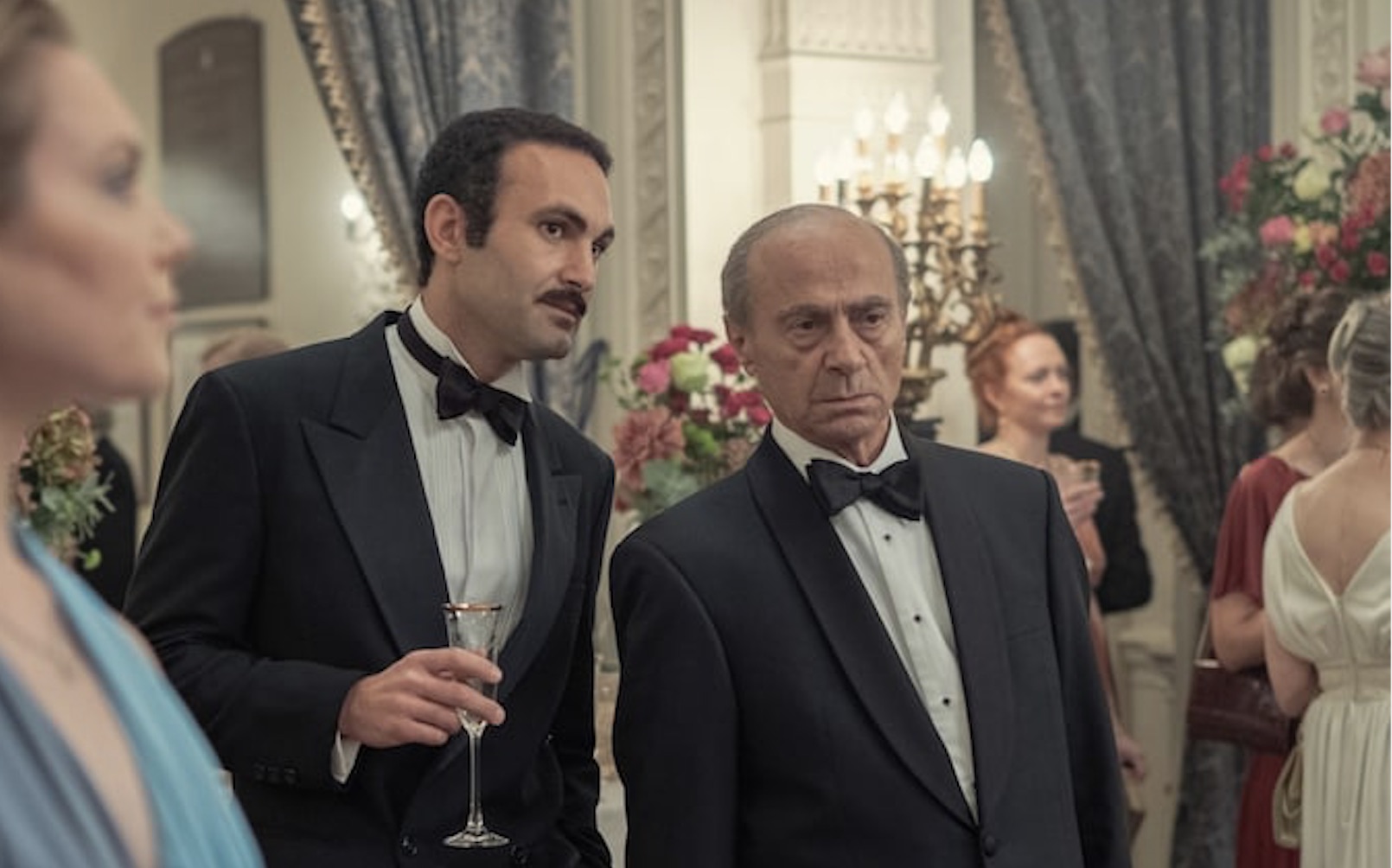 The first four seasons of ‘The Crown’ were polished and regal, but when I first heard Ya Ebn El Lazeena (Son of Gun) – a phrase commonly said in the Arabic casual language – in its fifth season, I knew it [season] was going to have a completely different spin than the others.

From revenge dresses to forbidden love affairs, the fifth season of ‘The Crown’, released 4 November on Netflix, sinks into more troubled waters of the Royal Family than ever before.

The season jumps into the 1990s, with Queen Elizabeth II at the front and center (played by Imelda Staunton) – monarch worn down through arguably the most troubling era of her reign. Although the show primarily focuses on the ins and outs of the Royal Family, it is the Alexandrians that really capture our heart.

For the first time since its first season in 2016: ‘The Crown’ does not offer mere history lessons about key moments in the United Kingdom’s past. Rather, British creator Peter Morgan deftly introduces new interesting storylines other than the royals: a stellar Arab cast.

What makes this season interesting is not the new, and strangely lookalike cast, but that it discreetly tackles important issues such as colonialism, classism, power struggle, and institutionalized racism.

The story: “The mountains are moving to Mohamed”

The earlier seasons of ‘The Crown’ have never failed at being fast-paced and exciting, but the new episodes are often dull and bitty. Perhaps because some of Morgan’s side plots have been already talked about, including Princess Margaret’s (played by Lesley Manville) feeling of frustration and resentment towards the Queen.

However, the third episode of the show ‘Mou Mou’ steals the show. From the first minute down to the last: there is faultless storytelling. It is a remarkable stand-alone episode, possibly one of the season’s – or show’s – absolute best.

The episode takes viewers into 1946 Alexandria, Egypt, where Mohamed Al-Fayed grew up. An Egyptian street vendor, young Al-Fayed (played by Amir El-Masry) looks up to the abdicated King Edward who is visiting Egypt, despite his father’s evident disdain for the British who colonized his country for nearly 72 years.

A driven Al-Fayed eventually works his way up to becoming none other than the garrulous business tycoon: Mohamed Al-Fayed (played by Salim Daw).

Eager – and desperate – to integrate into British high society, Al-Fayed resorts to every measure by buying luxury department store Harrods and refurbishing Villa Windsor in Paris. He even goes on to befriend Bahamian valet Sydney Johnson, who was the Duke of Windsor’s (King Edward, played by Alex Jennings) former personal valet. Johnson teaches Al-Fayed everything there is to know about the Royal Family: mannerisms, fashion, etiquette, and relationships.

After Al-Fayed acquires and revives Villa Windsor in Paris, he gets a phone call from Buckingham Palace from which he assumes – wrongly – that the queen is coming to visit.

“The mountain is moving to Mohamed,” Al-Fayed says.

This episode also introduced Dodi (played by Khaled Abdalla), an aspiring filmmaker, who constantly grappled for approval from his father.

He is Diana’s lover with whom he has a relationship that quickly turns from summer love to tragedy. The pair were killed together in a car crash in Paris, in 1997.

Viewers are not entirely exposed to their relationship in this season because season five primarily focuses on Diana reeling from her divorce with Charles, but it hints that season six will delve into how their brief relationship unfolded.

Al-Fayed and Dodi’s relationship has its highs and lows – one of their best performances comes when Al-Fayed wants to acquire the Ritz Cartlon Hotel in Paris to which he is met with overt racism and discrimination. Al-Fayed switches to Arabic – and Dodi translates for the room – but it is his voice, tone, and message that makes viewers root for them.

Rising above hatred and disapproval: Al-Fayed is a social climber to many, and an inspiring man to others.

The international filmmaking industry has often fallen into casting mistakes, where at best, it assumes every Arab is the same or speaks the same dialect, and at worst casts non-Arabs speaking rough-sounding gibberish. There are only a few instances where we see Egyptian characters portrayed by Egyptian actors, such as in Marvel Studios’ series ‘Moon Knight’ (2022). 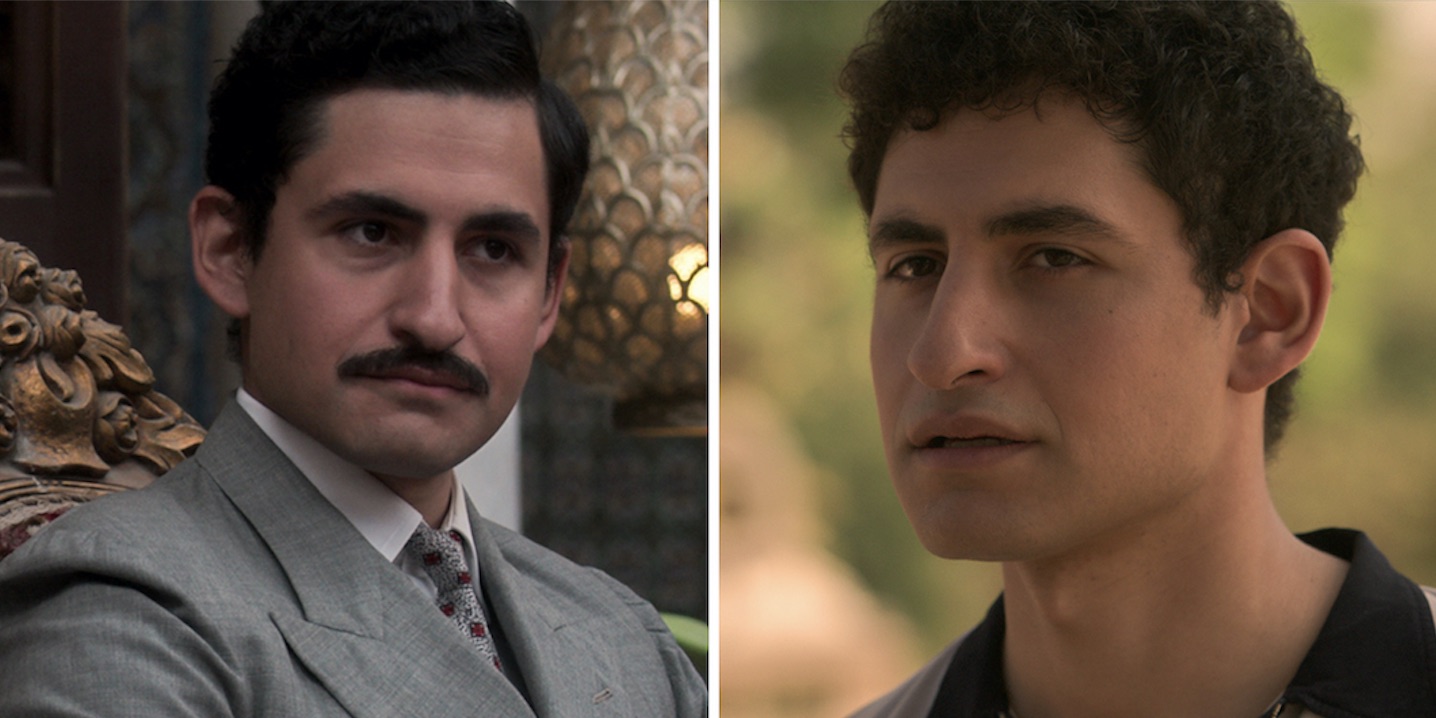 ‘The Crown’ fell into the same mistake of miscasting, when in its second season, Egyptian President Gamal Abdel Nasser was played by a Syrian actor who spoke in a Syrian dialect – not their best moment.

Yet, this season, with Amir El Masry, Salim Daw, Khaled Abdalla, Ahmed Ghozzi: we were given authentic Egyptian performances. Despite Salim Daw’s Palestinian origins, his body langauge, tone, and dialect throughout the show could easily mistake him for a real Alexandrian man.

The only downside to this season is that these talented characters were not given enough screen time except in the third and last episodes, without them, season five could have easily passed as one of the most boring yet.

Even with the Arab cast stealing the show, Elizabeth Debicki, who plays Princess Diana, gives a distinguished performance. Debicki is an exact mirror of the real-life Diana: from her tone, voice, facial expressions – the resemblance is uncanny. Especially seen during the seventh and eight episodes, where Diana conducts the ever-infamous Panorama Interview for BBC in 1995 with Martin Bashir.

Though Imelda Staunton and Jonathan Pryce may be great actors, they did not seem to me to be best fit for their roles as Queen Elizabeth and Prince Phillip. In my opinion, their on-screen chemistry was not palpable, but then again, no one can match Claire Foy and Matt Smith as the show’s first Queen and Prince.

Overall, season five of ‘The Crown’ does not only offer a new star-studded cast, but it also veers into topics and issues during an important time in history. What is deemed as a series about royals, class, and prestige, it is the Arabs who were the real kings of the shows.