Amina Zaineldine
The Fruits of Life in Egypt: Stories from a Fakahani 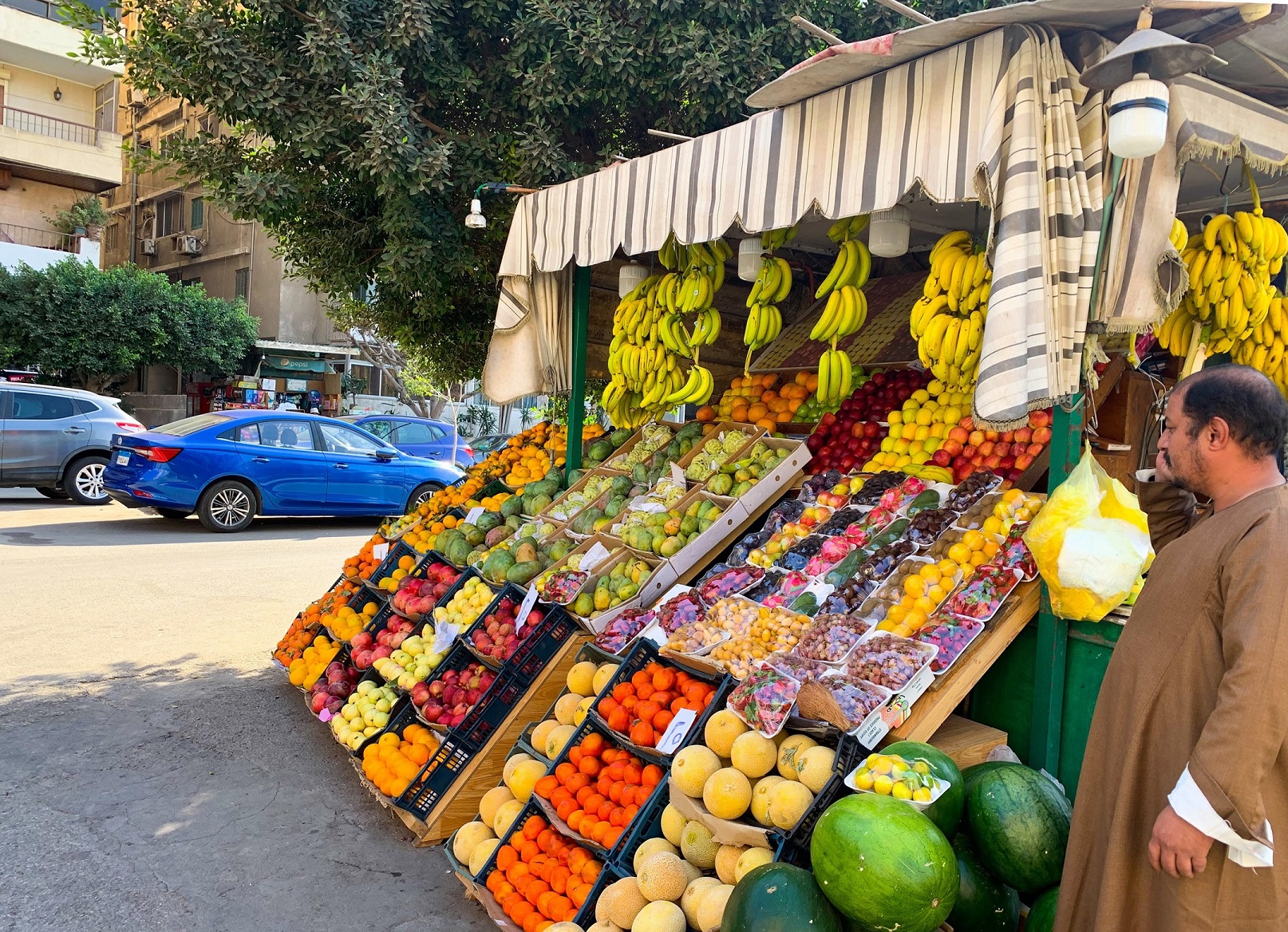 On a street corner in Heliopolis lies a refuge for the senses. A pop of vibrant colour and a sweet scent disrupt the fumes from car exhausts and the dullness of the grey and yellowing buildings. It is one of many. A fakahani (fruit vendor) is a character of great significance to the everyday life of Egyptians.

To my family’s neighbourhood, Zekri and his family have been a staple for over a decade. Honest with his prices and the quality of his fruit, he has a good relationship with the residents of the surrounding buildings, and knows the name of every bawab (porter) in the area.

“Citrus is getting good now,” he says, when I ask him what fruit is in season in the winter. “It’s still a bit green now, but as the months get colder, it will be better. All the different oranges, tangerines…Oh and bananas and strawberries, too!”

While Zekri’s fruit stand really does seem to be full of citrus fruits of many varieties, I note the presence of two fruits Egyptians tend to associate with summer: mangoes and watermelons. I ask him what they are doing on display in late November.

“The big mangoes are from a new variety,” he tells me. “They’re not alfons or eweiss or any of the ones we know well, but they’re also grown in Egypt and they come around later in the year, starting September. And the watermelons come from Aswan, where it’s warmer.”

Absentmindedly stroking the pile of watermelons beside him, Zekri tells me that the seasons we once associated with certain fruit do not apply as much anymore. The weather has changed, he says, allowing different parts of Egypt to grow different fruits at unexpected times of the year.

“There’s no such thing as summer and winter anymore,” he says. “Everything’s the same now. Winter is like summer.”

I ask him if he thinks that has changed people’s consumption of fruits in any way.

Of imported fruits, Zekri has many: from apples, of which local varieties are only available in late spring and early summer, to as exotic a fruit as dragon fruit, of which he says: “the people who know it come to look for it.” I ask him if the current import crisis Egypt is facing has had any impact on his sales.

He points at the chestnuts, a popular winter indulgence, displayed between the dragon fruit and the kiwi.

“We used to get chestnuts from Turkey, those were really good,” he explains. “But now we are only able to get them from China, and some of the customers complain that the skin really sticks to them.”

He goes on to explain that he does not think that Turkey has stopped exporting chestnuts, as some of his customers tell him they find Turkish chestnuts when they travel abroad. “They just don’t come here anymore.”

But the import crisis is not the only hardship fruit vendors like Zekri are facing. Over the past months, the Egyptian pound has devaluated significantly, and prices of goods and services have soared across the board. Without hesitation he tells me that it has affected his work; whether local or imported, the fruit does not fly off the stand as it once did.

On Squash and Mental Health: Exclusive Interview With World Champion Nouran Gohar
Spotify Wrapped 2022: What Did Egypt Listen To?

Spotify Wrapped 2022: What Did Egypt Listen To?
On Squash and Mental Health: Exclusive Interview With World Champion Nouran Gohar