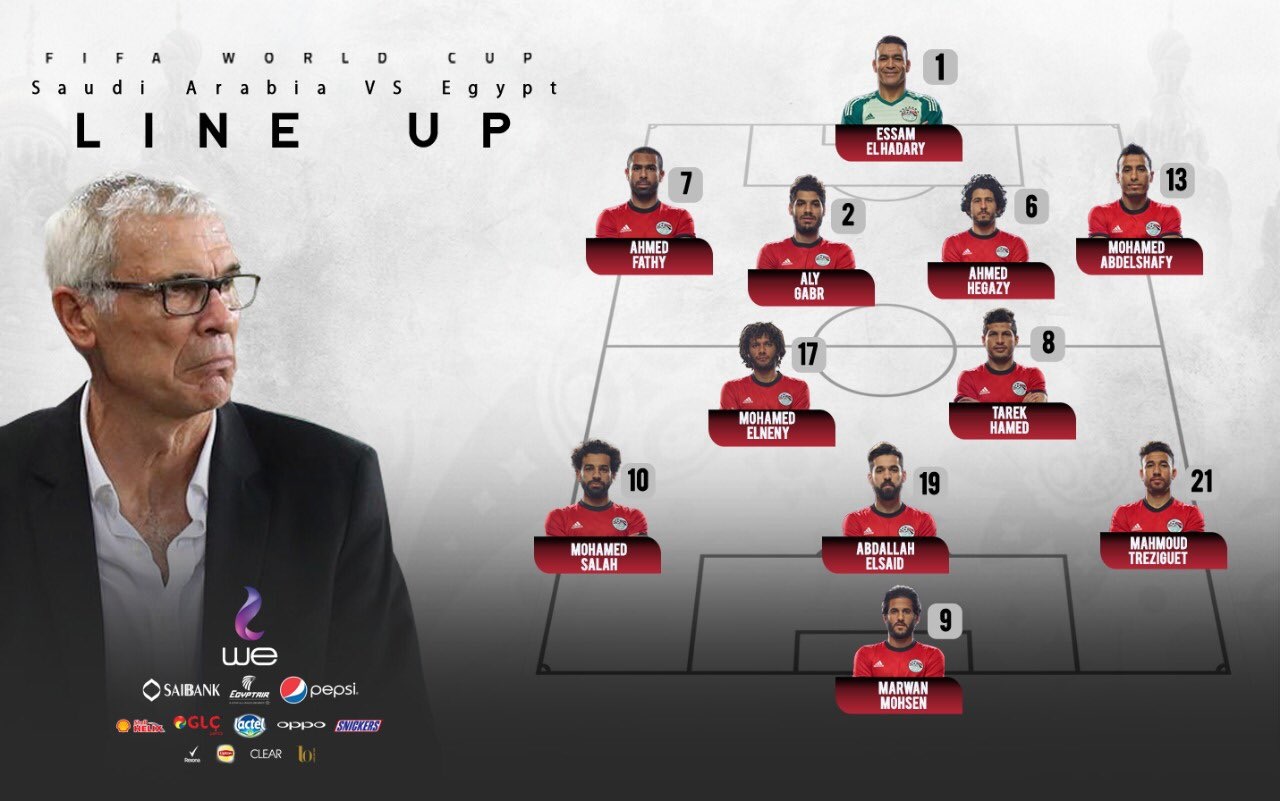 Essam El-Hadary is set to make World Cup history with his appearance in the 2018 FIFA World Cup.

According to the Egyptian Football Association, El-Hadary is among the starting XI players for Egypt’s final World Cup match against Saudi Arabia.

The 45-year-old goalkeeper is set to become the oldest player to participate in the FIFA World Cup on the Monday 25 June 2018 Group A match between Egypt and Saudi Arabia.

El-Hadary, who is regarded as one of Africa’s best goalkeepers of all time, started his career in 1996 and is a four-time African Cup of Nations champion.

Despite overnight reports from CNN and the Associated Press that ‘Egyptian King’ Mohamed Salah is considering “retiring” from the Egyptian national team, Salah was named among the starting XI alongside El-Hadary.

Reports indicate that Salah is angry and upset about “being used as a political symbol” by Chechen leader Ramzan Kadyrov, who granted Salah honorary citizenship at a farewell dinner for the Egyptian national team on Saturday.

Egypt’s Football Association denied the reports, stating that Salah is happy and that they have not received any complaints from him. The Association also blamed the media for a targeted attack against Salah, adding that FIFA recommended Grozny (in Chechnya) as a training base for Egypt at the 2018 Russia World Cup.

Egypt has been hoping to survive the group stages of the 2018 World Cup. However, the Pharaohs were defeated by Uruguay and Russia in the first two matches, leaving Egyptians to look forward to the next time they qualify for the football tournament.