There was once a world when communication was not at the tip of our fingers. Messages and letters could take up to months to arrive and a conversation could last a lifetime. Egypt has the oldest postal services in the world. In the midst of a busy street in Ataba is the headquarters of the Cairo Post Office Department with a floor dedicated to the country’s intricate postal service.

It is known that ancient Egypt had one of the most systematic hierarchies in history as well as one of the oldest civilizations to date. Once writing became institutionalized in Egypt, mainly among the rich, ancient Egyptians were looking for ways to communicate information with other districts in the country. The gradual transition papyrus paper introduced a new wave of communication methods. It was only a matter of time to develop a postal system. 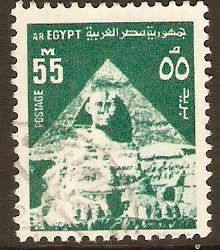 The hidden landmark was established in 1934 by Egypt’s monarch King Fouad. However, its doors were open to the public in 1940. The museum occupies the second floor of the postal office building and displays a rare collection of artifacts, documents and letters that examine the development of the country’s postal service. 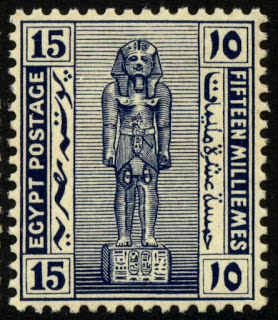 Ancient Egyptians developed a postal service that dates back to 2000 B.C.; the oldest postal system in the world. The main mode of transportation was through the Nile River. The letters were placed in a box escorted by guards. At the time, the postal services were exclusive to the pharaohs. The postal museum displays messaged between Amenhotep and Akhenaten where they would update each other on political developments.

As the methods of transportation developed, so did the post delivery service. The Ptolemaic era, 305 B.C., a new method of transportation was introduced. Carriers would deliver messages with the help of horses. This era also had the earliest documentation of what is now known as “express mail” and “regular mail”. The express mail services were exclusive to state officials and rulers while the latter was used by the wider public and was delivered by a postman on a donkey or mule.

During the Ottoman Empire, an Italian businessman, Carlo Meratti, established the country’s first private postal system in 1821 known as ‘Posta Europea’. The hand stamps were engraved in Italian and his descendent Giacomo Muzzi used the country’s railway system to deliver post. In 1857, ‘Posta Europea’ was acquired by the Egyptian government and utilized it for all terrestrial communication. ‘Poste Europea’ has then become ‘Poste Egyptienne’ and almost 10 years later issued the first Egyptian stamp.

At the time, Egypt became a hub for merchants and the trade. The ‘Poste Egyptienne’ became the main means of communication for the Ottoman Empire. The government opened correspondent post offices in neighboring cities in Izmir, Jeddah, Gallipoli, Beirut, Cavalla, Salonika, Tripoli, Rhodes, Souakin, Massawa, Khartoum and Kassala.

The main postal department was located in Alexandria which was first affiliated with the Ministry of France and later transferred to Ministry of Justice. However, during the rule of King Fouad, a new department for communications which managed railways system, roads, bridges, telephone, telegram as well as postal services was established. The post services headquarters were then relocated to Cairo in a building that is still operating to this day.