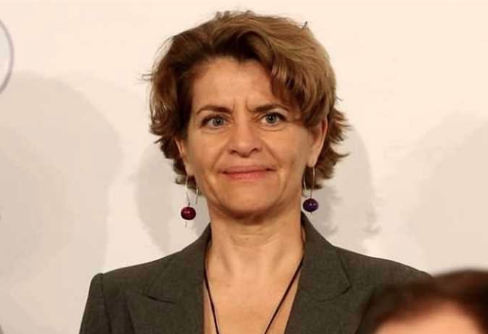 Israel’s Ministry of Foreign Affairs announced on Tuesday that a new female ambassador has been appointed to Egypt to replace the current one, David Govrin, who has been serving as Israel’s ambassador to Cairo since 2016.

According to a statement released from the official spokesperson of the Israeli Prime Minister Ofir Gendelman, Amira Oron, the new ambassador, is the first female to be appointed as an ambassador to Egypt and the first woman to serve in the post since relations between the two countries were established following the peace treaty signed in 1979.

Oron was appointed by the Supreme Appointments Committee of the Israeli Ministry of Foreign Affairs, which is headed by Israeli Foreign Ministry Director General Yuval Rotem, according to a statement from the Ministry.

She also served as the charge d’affaires at the Israeli Embassy in Turkey between 2015 and 2016.