Egypt’s automotive industry mainly dates back to the 1960s, when the first Egyptian car ever was produced as part of the government’s industralisation program. Despite this, the industry has always faced challenges in competing with other European companies that import to Egypt, making it harder for the local industry to expand.

‘Cairo Uni Racing Team’ is aiming to change that. In 2012, the idea started off as a graduation project by a group of students from Cairo University’s faculty of engineering, and then developed into a non-profit organisation to produce a product and participate in the international automotive industry competitions held by university students all over the world every year.

“If you plant the idea inside young Egyptian students that it is possible to build your own car from scratch at such an early stage, then this will make them more confident and transform Egypt’s future in the automotive industry, and this is very important because the industry is already trying to encourage local production of cars,” Yara Albajouri states, the team’s marketer. 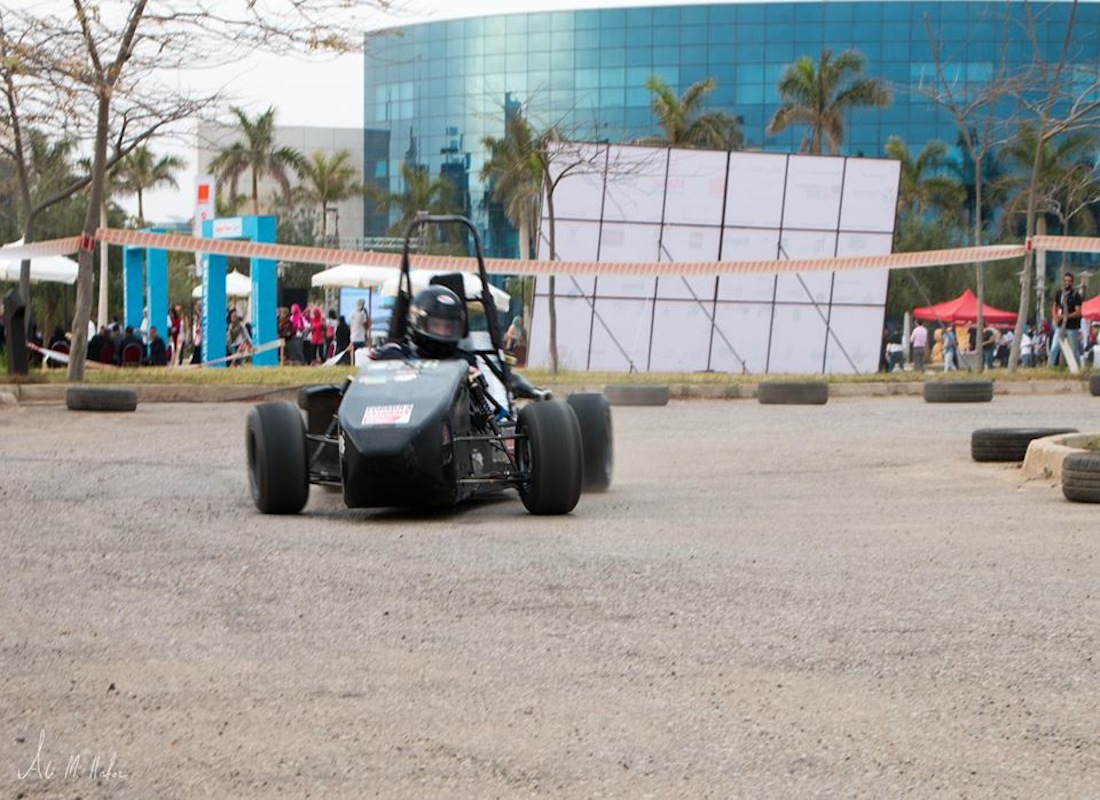 Named as ‘Formula Student’, the international competition strives to challenge university students to design and build a car from scratch, organised by well-known associations in the industry like the Mechanical Engineers (IMechE) in the UK and Society of Automotive Engineers (SAE) in the United States, as well as other companies.

The start was promising, as in 2012, the young Egyptians’ team managed to get the highest rank in Egypt and Africa in the first forumla student car competition in the UK.

In 2015, the team flew to Germany to take part in the competition, becoming the first Arabs to represent the Middle East region there and won the ‘Most Challenging Award’ for producing the most effective producing the car in little time.

On top of that, in 2017, they ranked third place in the cost event formula student competition in Italy.

Cairo University’s Racing Team managed to successfully progress to the second phase, the dynamic event, in the formula student competition in Germany, becoming the first Africans to reach that level of the competition.

“This year, we are heading to a new direction as we are planning to make the first electric formula student car, which was never made by any of the teams in Egypt and the Middle East to make an environmentally-friendly car,” Yara says.

“We now have a bigger team than the previous years, with 75 participants, so we are hoping to rank even higher in all of the competitions and produce even better cars.”

Egypt's World Youth Forum: the Good and the Bad
Bullying Killed His Best Friend, So He Launched an Organisation to Fight Against it in Egypt

Bullying Killed His Best Friend, So He Launched an Organisation to Fight Against it in Egypt
Egypt’s World Youth Forum: the Good and the Bad