Alexandria’s Famed Jewish Cemeteries to be Registered as Antiquities 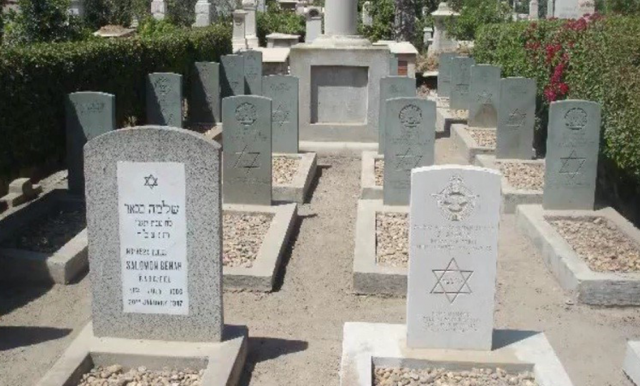 According to local media outlets, the Ministry of Antiquities is preparing to officially register three Jewish cemeteries in the ministry’s records.

The news, which is to be carried out by a central committee, was announced by Mohamed Mahran, chairman of the Central Department of Jewish Antiquities at the Ministry of Antiquities.

Mahran stated that rare and unique cemeteries belonging to Jewish figures and rabbies woud be registered, namely three in Alexandria’s Shatebi and Azarita areas.  Moreover, the central committee has been preparing a report of unique monuments pertaining to the Jewish heritage, cinluding the cemeteries.

For years, the preservtion state of Egypt’s Jewish cemeteries has been lamented on social media. Pictures and videos of Jewish cemeteries filled with garbage or being disturbed due to the construction of roads sparked outrage and incited authorities to take more action in preserving the culturally significant sites.

As such, out of the thousands of Jewish cemeteries existing in the country, approximately 60 were also chosen for registration and will be protected under the Antiquities Protection Law No. 117 of 1983.

Amongst the recorded sites would also be temples and villas belonging to famous Jewish families such as Jacob Mansha’s. The latter built a temple in the area of Mansheya.

One of the cemeteries to be registered contains as many as 20,000 tombstones. The three cemeteries, put together, date back to over 150 years ago and cover an area of 15 fedans.

In July, Egypt’s Ministry of Antiquities  approved a request to allocate EGP 40 million for the restoration of the Eliyahu Hanavi Synagogue in Alexandria.

The Synagogue, also known as the Jewish Temple, was shut down earlier this year after a part of the ceiling collapsed.

A number of synagogues exist in Egypt, namely Cairo, such as the Ben Ezra synagogue, Khokha Synagogue, Pahad Itzhak Synagogue, the Sha’ar Hashamayim Synanogue downtown and Vitali Madjar Synanogue in Heliopolis. However, only the downtown temple seems to be in most use.

It is estimated that Egypt’s curtains might be closing on the Egyptian Jewish community within this century due to the small number of adherents.

‘There’s A Lot of Miscommunication in Our World’: Egyptian-German Photographer Malak Kabbani

How Coffee Fortune-Telling Became a Staple of Egyptian Culture