A Quick and Simple Overview of Egypt’s Constitutional Amendments 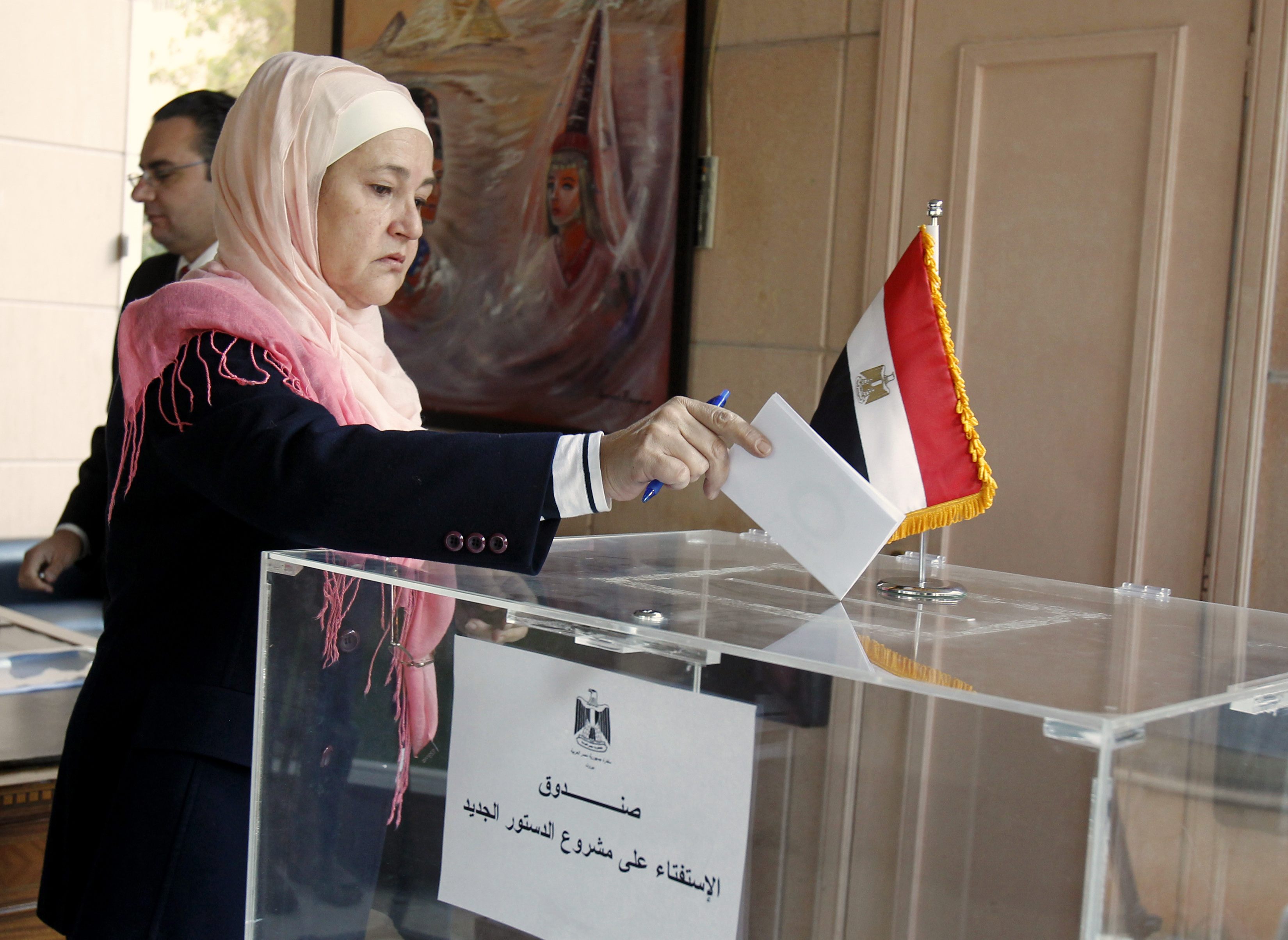 Starting from today until Monday, Egyptians across the country will be voting for the recent proposed constitutional amendments.

If you are planning to vote, here is a complete overview of the constitutional amendments:

This article aims to reduce the number of elected MPs in the House of Representatives (Egypt’s lower house of parliament) from 596 to 450 MPs, with 25 per cent of seats (112 seats) to be reserved for women representatives.

The president of the republic shall be elected for six (instead of four) years by the end of his predecessor’s term, though he/she cannot remain in office for more than two consecutive terms.

The term of the sitting president (Abdel-Fattah Al-Sisi) will end following the date of declaring him an elected president, and he can be re-elected for another six-year term.

The president of the republic shall be authorised to name one or more than one vice president.

If a temporary obstacle makes the elected president unable to perform his/her duties, he/she will be replaced by a vice president or prime minister if there is no vice president.

If the new president (the one who replaced the official president) takes office, he/she shall not be entitled to amend the constitution, dissolve the House of Representatives or Senate, or dismiss the government. He/she will also not be allowed to run for president.

The president of the republic shall appoint heads of judicial authorities from among five who will be nominated by its higher councils, and their term of office will be four years. Each judicial authority will take charge of running its own affairs.

Judicial authorities will have their own independent budget.

The prosecutor-general will be named by the president of the republic from among three candidates to be nominated by the higher council for judicial authorities, with a term in office not extending four years.

The State Council will be exclusively authorised with settling administrative disputes, disciplinary cases and appeals, and revising draft laws and decrees.

The Armed Forces are the sole providers of security and any other group will be banned from forming military or paramilitary organizations and militias.

Trials also cover crimes related to recruitment and drafting and assaulting officers and personnel affiliated with the Armed Forces while they are performing their duties.

The state shall guarantee that workers and farmers are adequately represented, and in line with the law regulating this aspect.

The state shall guarantee that youth, Christians, the physically challenged and Egyptian expatriates are fairly represented in line with laws regulating this aspect.

The Senate has the authority to study and propose what it deems to be the basis of democracy, the promotion of social peace, and the supreme values, rights, freedoms and public duties.

A Senate member cannot be a member of the House of Representatives at the same time.

The prime minister, his deputies, ministers and other members of the government shall not be held accountable to the Senate

Death Toll Rises to 290, 500 Injured From Nine Bombings Targeting Churches, Hotels in Sri Lanka
Mohamed Salah: 'We Need to Change the Way We Treat Women in Our Culture'

Mohamed Salah: ‘We Need to Change the Way We Treat Women in Our Culture’
Death Toll Rises to 290, 500 Injured From Nine Bombings Targeting Churches, Hotels in Sri Lanka