World streaming giant, Netflix, will be collaborating with popular Egyptian figure ‘Abla Fahita’ on an original Egyptian series according to an official statement.

The show, which is scheduled to be released in 2020, will mark the second original series from Egypt, following ‘Paranormal’ and will be produced by local Egyptian production companies OKWRD production, ASAP Productions with Amin El Masri as a producer.

Abla Fahita is an Egyptian satirical puppet character extant in Egypt’s media scene since 2010; she is particularly well known for her social commentary and role as a gossipy widow with strong opinions on current trends and developments in Egypt.

“I always say that Egyptian comedy is a great product for export after the Egyptian cotton. And it’s obvious how the world today is a sad place in dire need of laughter. and nothing beats the Egyptian Sense of humour to relieve the world of its misery,” the Muppet figure commented regarding the news. 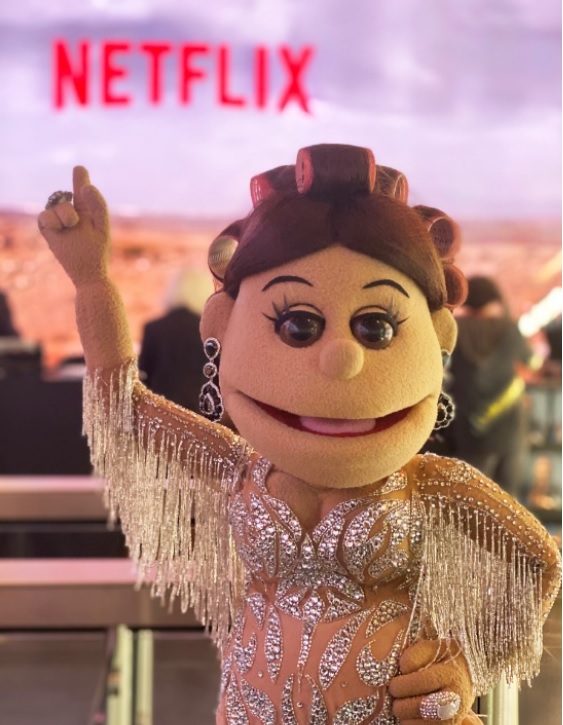 Her upcoming Netflix original, which Fahita claims will be released in more than 20 languages to an international audience in 190 countries, is meant to be a ‘social comedy drama’ as per the show’s description. It will follow the character’s developments in the face of obstacles with ‘law and society’.

“We are very excited to be collaborating with Abla Fahita, one of the most prominent comedians in Egypt and the wider Arab region. We are looking forward to working with Abla Fahita in order to bring our Arab and international audience a fun innovative series full of laughter and excitement,” stated Ahmed Sharkawi, Netflix’s Director of International Originals.

In 2014, the popular character had her own live show on CBC Channel where she hosted a number of other Arab artists on her show, namely Fifi Abdou, Hala Sarhan, Dhafer L’Abidine, Hany Shaker, Hamada Hellal, and Rania Youssef among others.

Since its launch five years ago, her music video collaboration “Mayestahloushi” with Hassan El-Shafei garnered over 21 million views on YouTube.

Although subscribers are around 1.8 million in the MENA region, viewership grew by 45 percent last year according to research firm IHS Market.

As such, Netflix is seeking to expand and diversify its Arabic content to adapt to local demand. It has so far commissioned the production of various originals in various Arab countries such as “Al Rawabi School for Girls” (Jordan) and “Jinn” (Jordan).