The Statue of Liberty Was Originally Designed as an Egyptian Woman 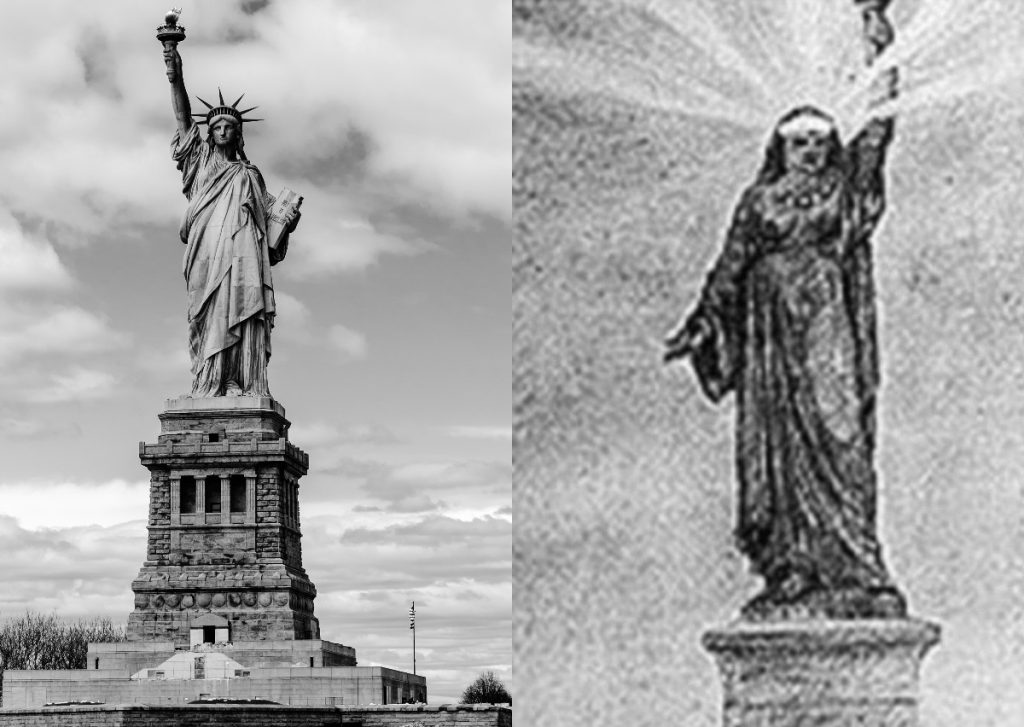 Due to its rich archeological history, Egypt is well-known as a home to various colossi statues depicting ancient rulers. Most travellers to Egypt easily recognize this when visiting the Colossi of Memnon, seated proudly on the West Bank of the Nile in Luxor, or when standing small before the seated statues fronting the Temple of Abu Simbel.

As such, it would come as no surprise that this land, with its distinct identity and cultural wealth, would inspire the building of modern-day structures and monuments.

One such surprising project would be the towering Statue of Liberty located on New York’s Liberty Island. While it may be incredibly far-fetched at first, evidence points that the statue’s design was not originally intended to grace the US’ shores, but actually, to find itself nestled in the city of Port Said in Egypt.

The Statue of Liberty was designed by French artist and sculptor Frédéric Auguste Bartholdi, who, after visiting Egypt in 1855 with a group of Orientalist painters, decided to create a colossal statue intended to rival Egypt’s ancient ones, namely one of the most iconic statue of the Giza Plateau, the Sphinx.

The statue, which was meant to stand at the northern entrance to the Suez Canal, was anticipated as a grand project symbolizing the country’s burgeoning industrial development, steps towards Europeanization and social advances which Bartholdi pitched to the Egyptian government, especially Khedive Ismail.

“Bartholdi’s working title was Egypt Bringing Light to Asia, and he designed the figure of a ninety-foot-tall Egyptian peasant woman, her arm upraised, with a torch in hand,” narrates Peter Hessler in his book, The Buried.

A fellaha is a female field-worker or farmer often clad in a robe of cotton called ‘galabeya’. In the past, a fellaha often covered her face with a piece of cloth but modern-day felahin in Egypt have adapted to modern-day of clothing, with many simply wearing a veil, niqab or a kerchief over the head.

Bartholdi’s figure was designed as robed fellaha, either bearing a torch in her hand, or in the typical fashion of Upper Egyptian women, atop her head. Egypt Bringing Light to Asia would also stand, like a familiar figure welcoming ships home, as a lighthouse.

In 1867, Bartholdi set out to work on his anticipated project for two years, according to the University of Chicago’s article ‘The Statue of Liberty and its ties to the Middle East’.

Unfortunately, Batholdi’s project was not met with eager anticipation from his Egyptian counterparts. The country was reeling from expenses spilled into the creation of the canal and thus the creation of the colossal statue was deemed too expensive. According to National Park Service, a bureau of the US’ Department of the Interior, Bartholdi was communicated that plans to go through with the monumental project were rejected at the canal’s inauguration.

As such, Bartholdi’s neoclassical statue would come to be reborn for a different country and under a slightly different guise. 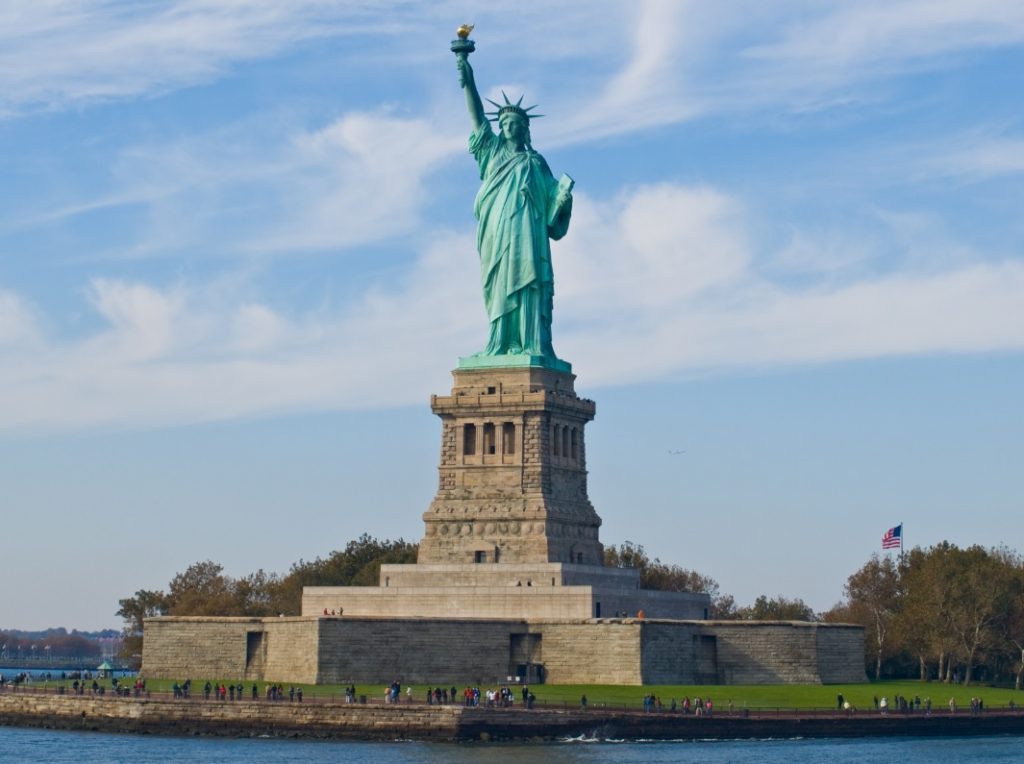 In 1870, inspired by Édouard de Laboulaye’s idea to have a monument dedicated to embodying the values of freedom and democracy in the United States, Bartholdi designed the “Statue of Liberty Enlightening the World”, which bore striking similarities with his previous idea for a sister port.

The new statue, however, drew its crossover inspiration from the Roman goddess of liberty, Libertas and the ancient Colossus of Rhodes, a former monument of the Seven Wonders of the World prior to its demolition.

Recognized today as one of the most significant symbols of the US, the Statue of Liberty was eventually erected in 1886.

As for its replacement, the simple Port Said lighthouse was designed by French industrialist François Coignet.