Last Friday, art collective Mashrou ElSaada (Project Happiness) took their Happiness Caravan 101 to the town of Baharwa in the city of Al Ayat to paint, decorate and furnish a community school founded by Man Ahyaha, an Egyptian non-profit organization that works with marginalized communities in Cairo and across the country on different development projects—namely alternative education, environmental and health initiatives and supporting microenterprises. 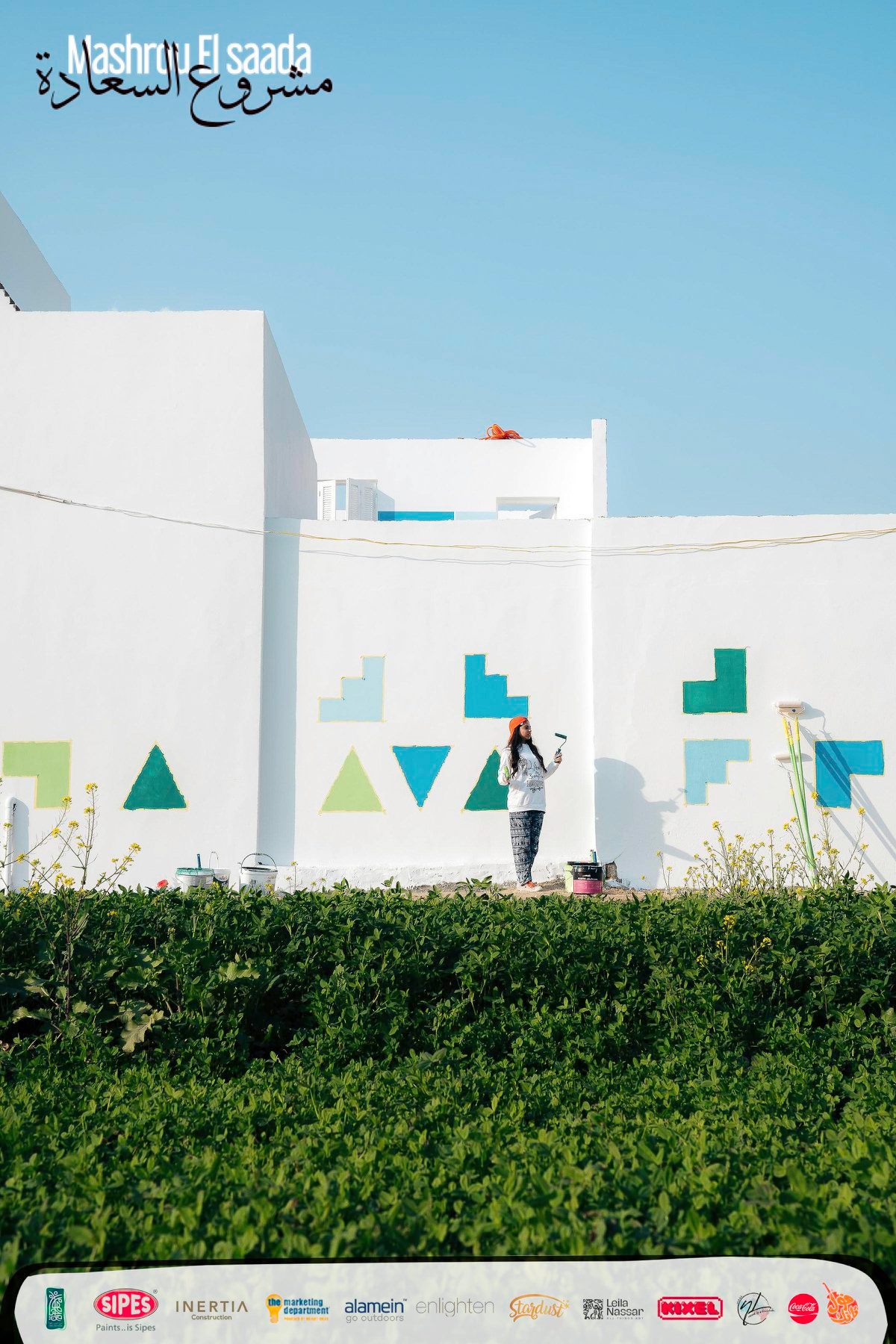 The Happiness Caravan 101 is Mashrou ElSaada’s first project this year and it consisted of a 12-hour challenge that took place last Friday, the 31st of January. The campaign brought together members of the organization, in addition to volunteers, to paint and decorate the exteriors and interiors of a new community school launched by Man Ahyaha in the town of Bahrwa in Al Ayat. 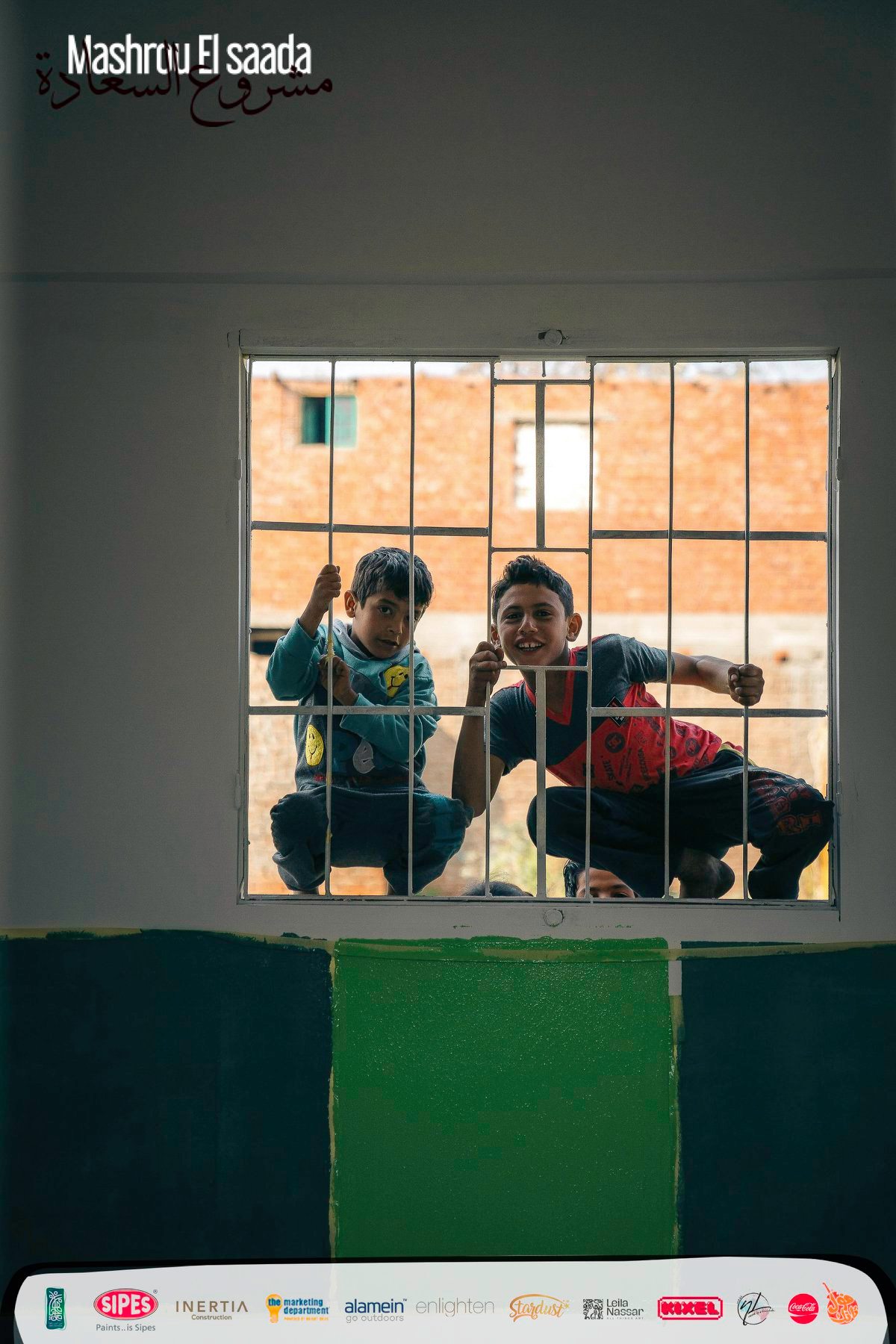 “The school is located in a village that suffers from extreme poverty and lack of services. The school engages more than 75 children from the age of eight [to] 12 and focuses on the development of their behavior, knowledge and social conditions,” according to a statement by Mashrou ElSaada. 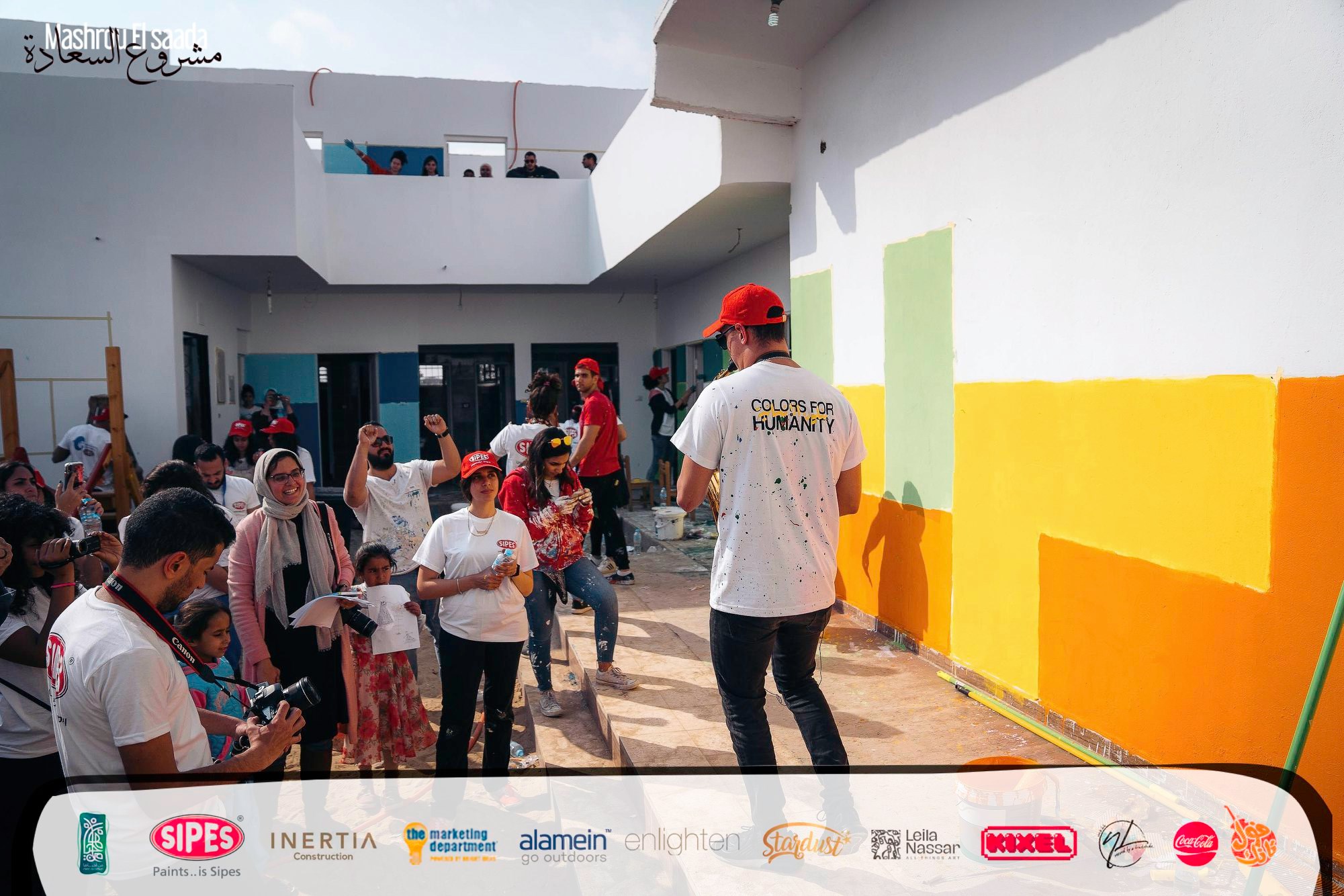 The design concepts were provided by artists Leila Nassar, as well as Nour Hussein and Laila Azmi of NL Art. The design is aimed at promoting a sense of “growth and learning,” according to Mashrou ElSaada’s statement, adding that the art collective also partnered up with Almein Egypt to install swings and picnic tables in the school’s court. 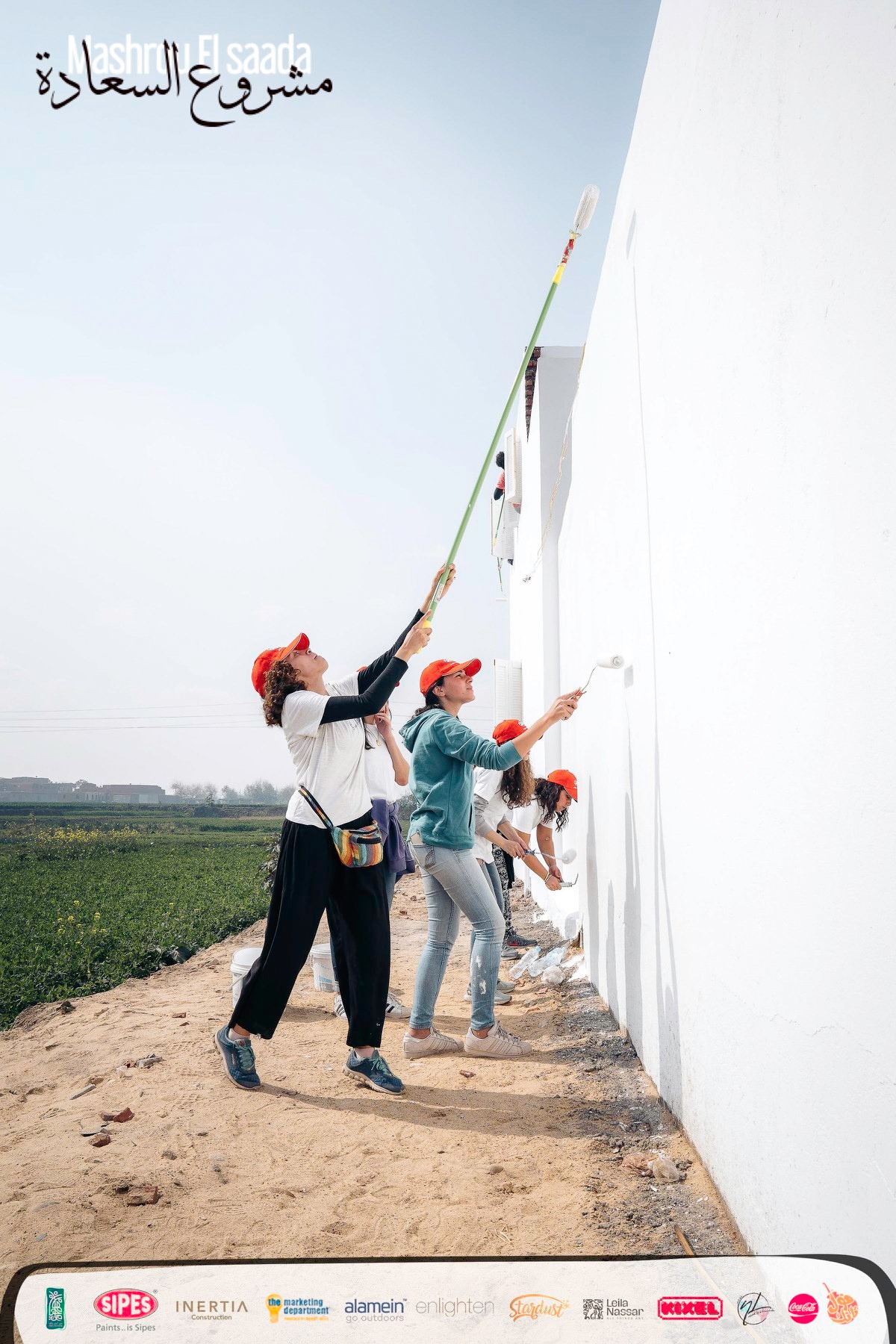 As part of the Happiness Caravan, the collective also organized a number of workshops to better engage the children, including mosaic making, face painting and other arts and crafts activities. 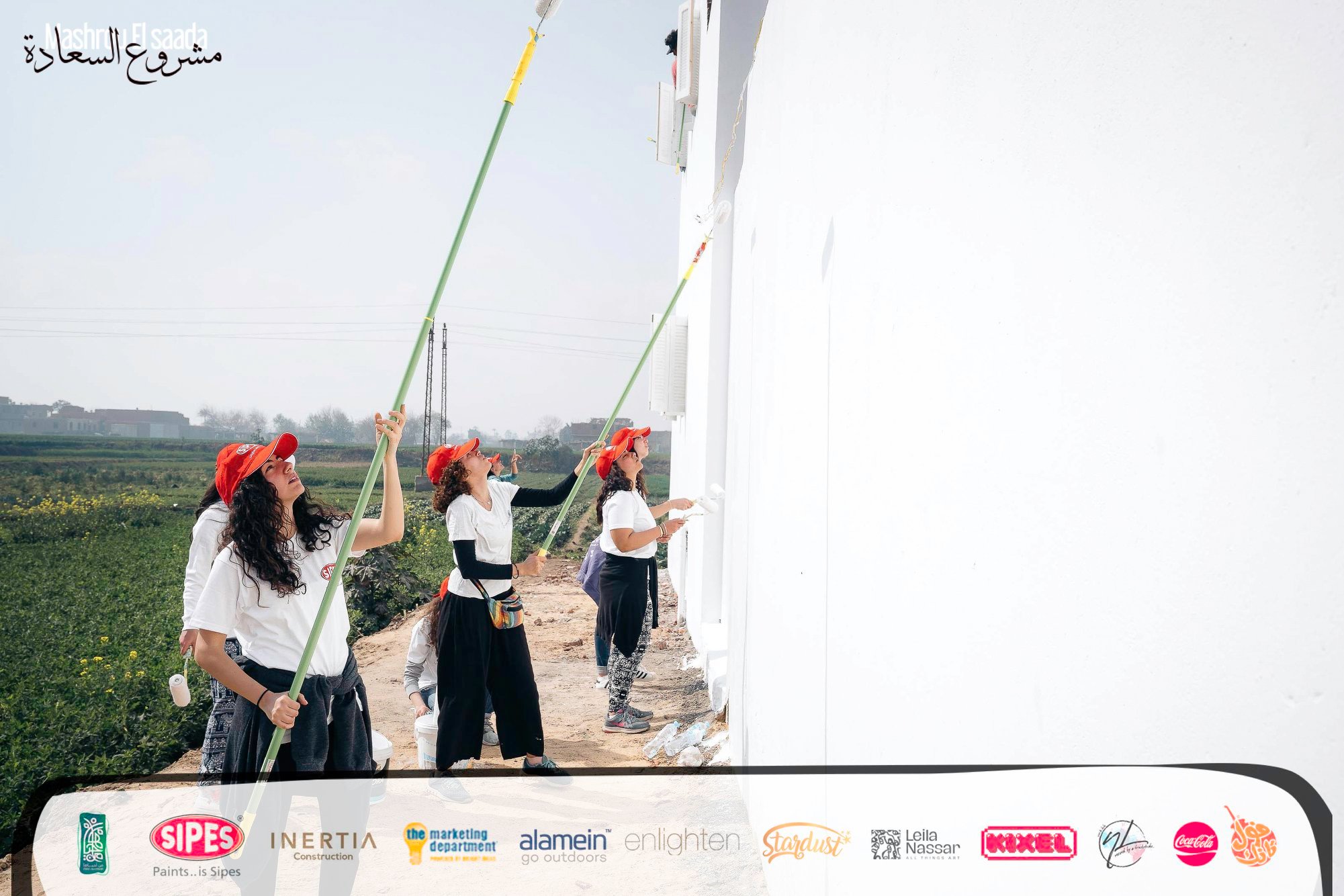 The project is aimed at promoting a sense of connection between the children and their surroundings to help the school accomplish its mission, which goes beyond education and the typical classroom paradigm of learning, Mashrou ElSaada head of PR Salma Ellakany tells Egyptian Streets. 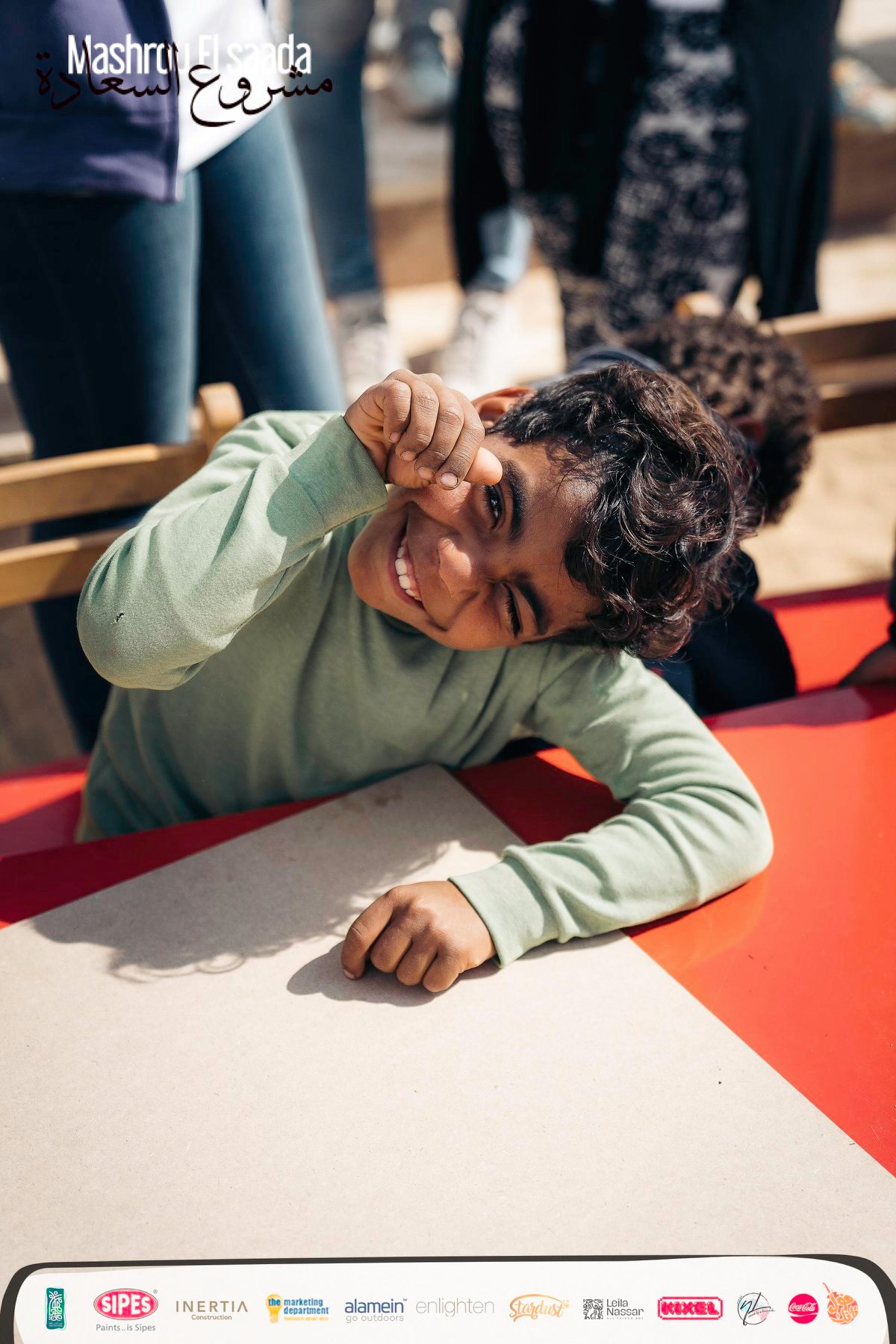 The spokesperson added that the initiative is ultimately aimed at encouraging the children to express themselves. 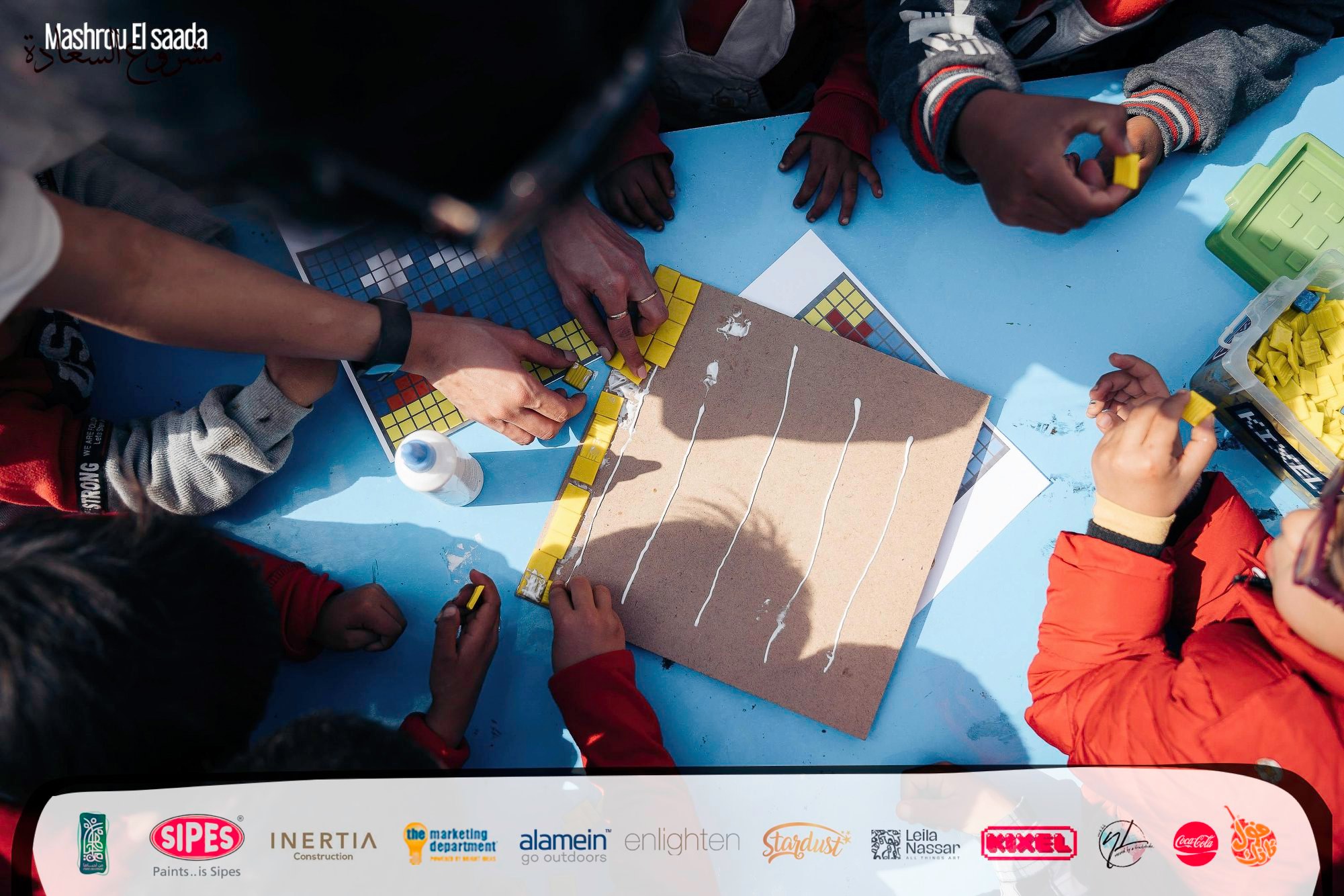 Mashrou ElSaada is an initiative founded in 2013 with the aim of spreading joy in some of the country’s most economically disenfranchised communities through colors by bringing together community leaders, volunteers and artists from across the nation to spread awareness about their message and execute design concepts in these areas. 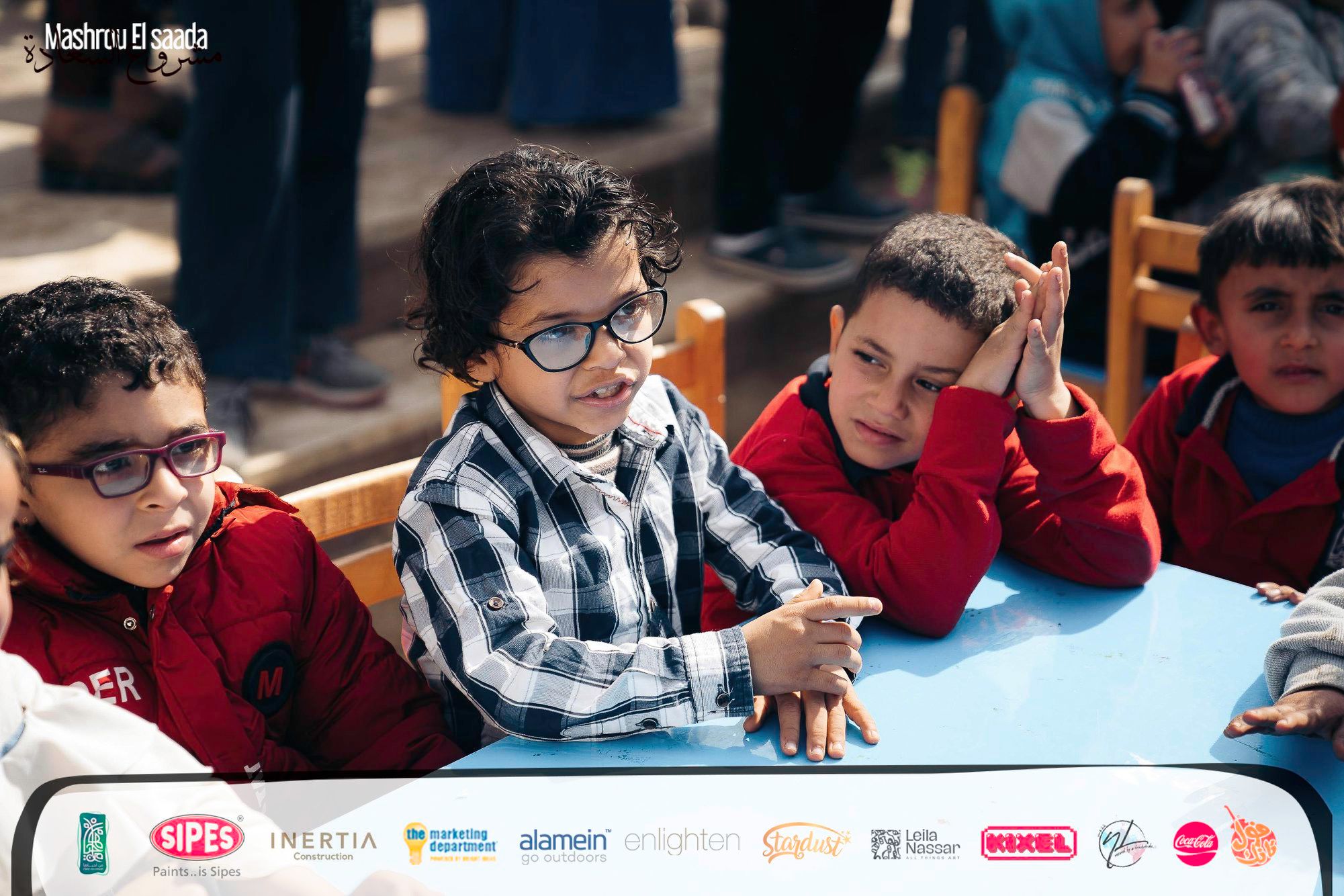 By bringing volunteers and artists from urban settings to these underdeveloped and often remote areas in Egypt, Mashrou ElSaada inspires members of society to give back and helps “shed the spotlight” on these communities, according to Ellakany. “[Volunteers] interact with the people and see a different environment and begin to think about how to give back,” she says. 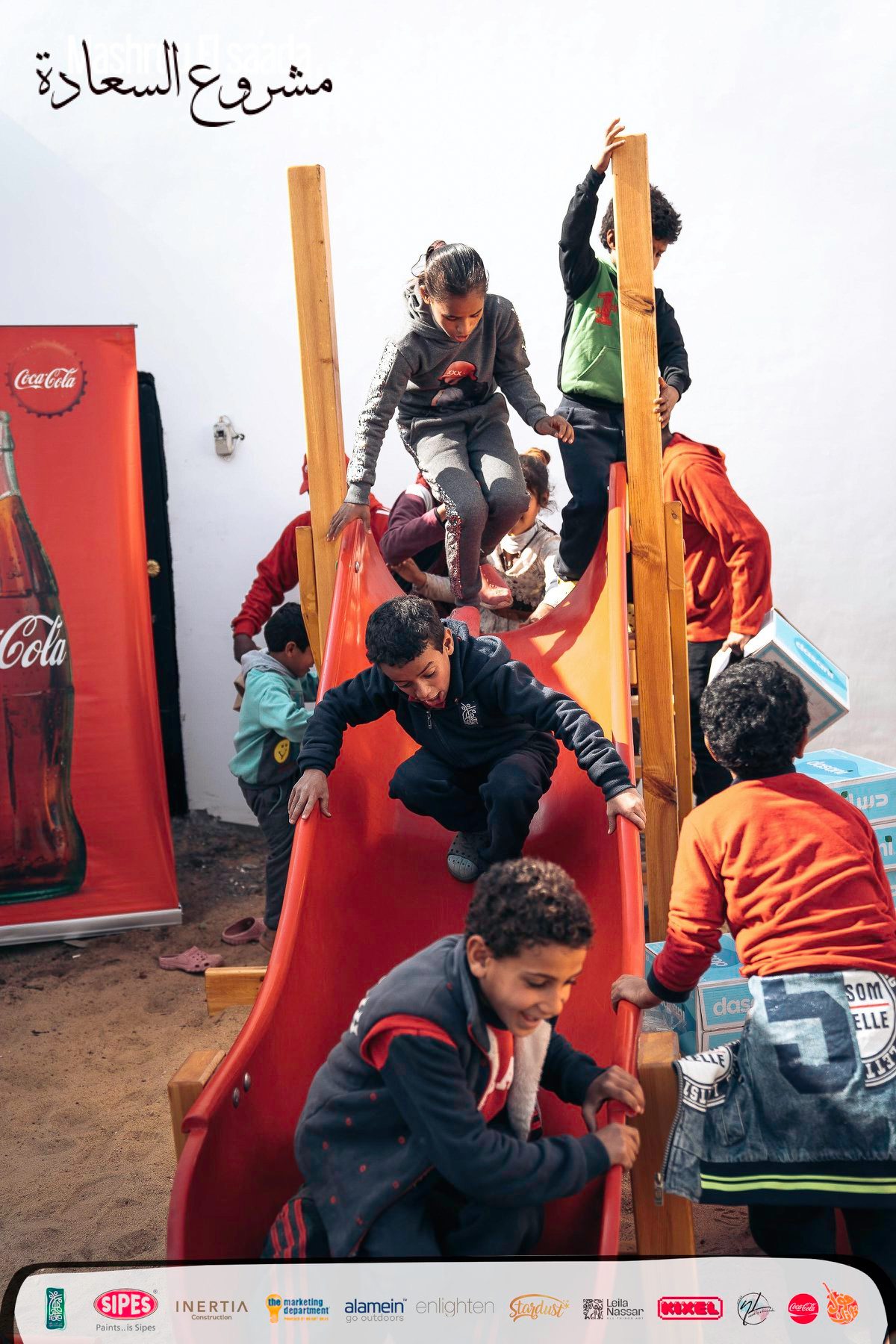 The spokesperson also adds that with each project, Mashrou ElSaada “plants seeds” to further develop these spaces, saying the impact of their latest project in Al Ayat will go beyond the 75 children and that it has the potential to shift attitudes towards alternate learning in the community.