6 Things to Do in Fayoum

Egyptian Streets
6 Things to Do in Fayoum

Located a 100 KM southwest of Cairo, the Fayoum Oasis is one of Egypt’s most biodiverse and scenic destinations. Brimming with ancient treasures and charms and nestled on the Nile Delta where the ecosystem is both colorful and rich, Fayoum has always been a refuge for local tourists from across the country.

Its ideal weather makes it an all-year-round destination for weary urbanites and globe trotters alike. And, like most good things in life, Fayoum has something for everyone. Whether you are searching for answers to the universe’s biggest mysteries or simply want to spend your days off lounging and indulging in Egyptian cuisine classics, Fayoum is the place for you.

This UESCO World Heritage Site and National Park is one of Egypt’s finest paleontological sites as it is home to the fossil remains of Archaeoceti, “the earliest, and now extinct, suborder of whales,” according to UNESCO. It is considered the world’s most important site for the study of evolution because it helps reconstruct the events of a remarkable shift in our natural history: the whale’s transition from a lan-based mammal to a marine one.

A Day in Wadi El Rayan

Home to pristine waterfalls and one of the world’s few remaining populations of the endangered slender-horned gazelle species, this nature reserve is a popular site among bird watchers and sand boarding enthusiasts. This biodiverse protectorate consists of upper and lower lakes connected by waterfalls, the biggest in Egypt. The site, located 65 KM southwest of Fayoum, is surrounded by picturesque springs and sand dunes. 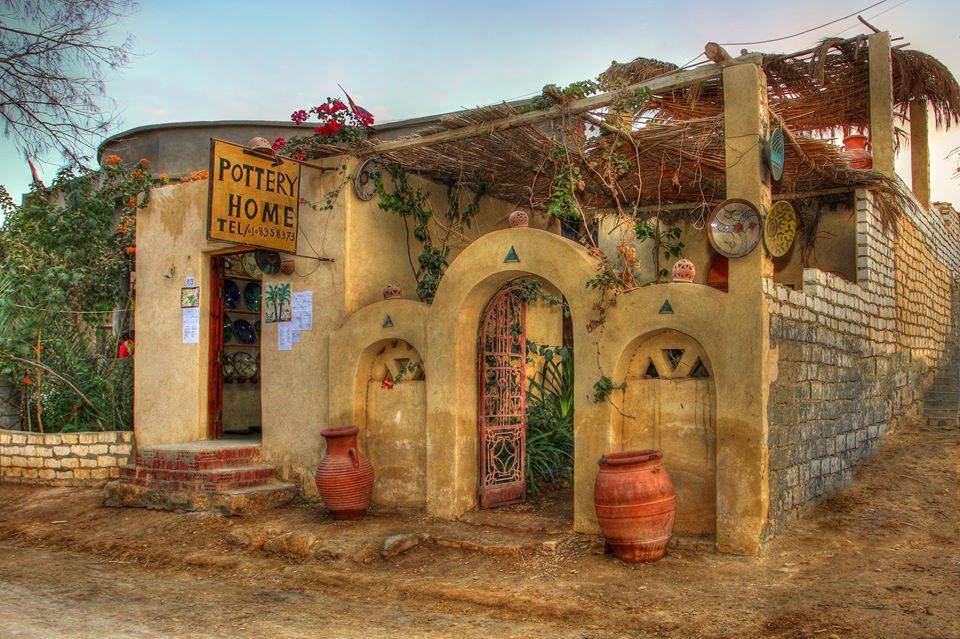 One of the most beautiful places in all of Egypt, this village is perched atop a hill overlooking the great Lake Qarun, the country’s second biggest lake. The village was transformed in the 1980s by Swiss potter Evelyn Porret who built a country house there in the style of Hassan Fathi’s iconic green buildings, which eventually spread across the village. Porret also helped popularize pottery in the village with a pottery studio. Today, the village is home to some of the country’s best pottery artists. The village is also a popular bird watching and horseback riding destination.

Surrounded by sand dunes, rock formations and the Mudawara Mountain, this natural wonder is one of Fayoum’s most popular lakes. Named Magic Lake because its waters change colors and hues several times a day, the lake is the perfect spot for a refreshing swim in the middle of the desert. Located in Wadi El Hitan, Magic Lake’s surrounding area is also a popular camping and sand boarding destination.

One of several such sites, but by far the most exciting, Medinet Madi holds the remains of an ancient town named Dja in the Middle Kingdom and Narmuthis during the Ptolemaic and Roman periods. During the reigns of Amenemhat III and Amenemhat IV, a temple honoring the cobra goddess Renenutet was built in Narmuthis. Medinet Madi also holds the remains of two more temples said to honor the gods Sobek and Horus.

A Walk Through Natural History at the Petrified Forest

Located North of Lake Qarun, Fayoum’s Petrified Forest is one of the largest in the region. Its fossilized trees are believed to belong to an ancient forest that grew more than 30 million years ago. The area holds the remains of trees as tall as 30 meters long and features a fairly diverse array of fossils, most of which are perfectly preserved.

Aswan in Pictures: The Egyptian Destination You Should Never Miss
Chile: A Different Side of the Other Side of the World

Chile: A Different Side of the Other Side of the World
Aswan in Pictures: The Egyptian Destination You Should Never Miss