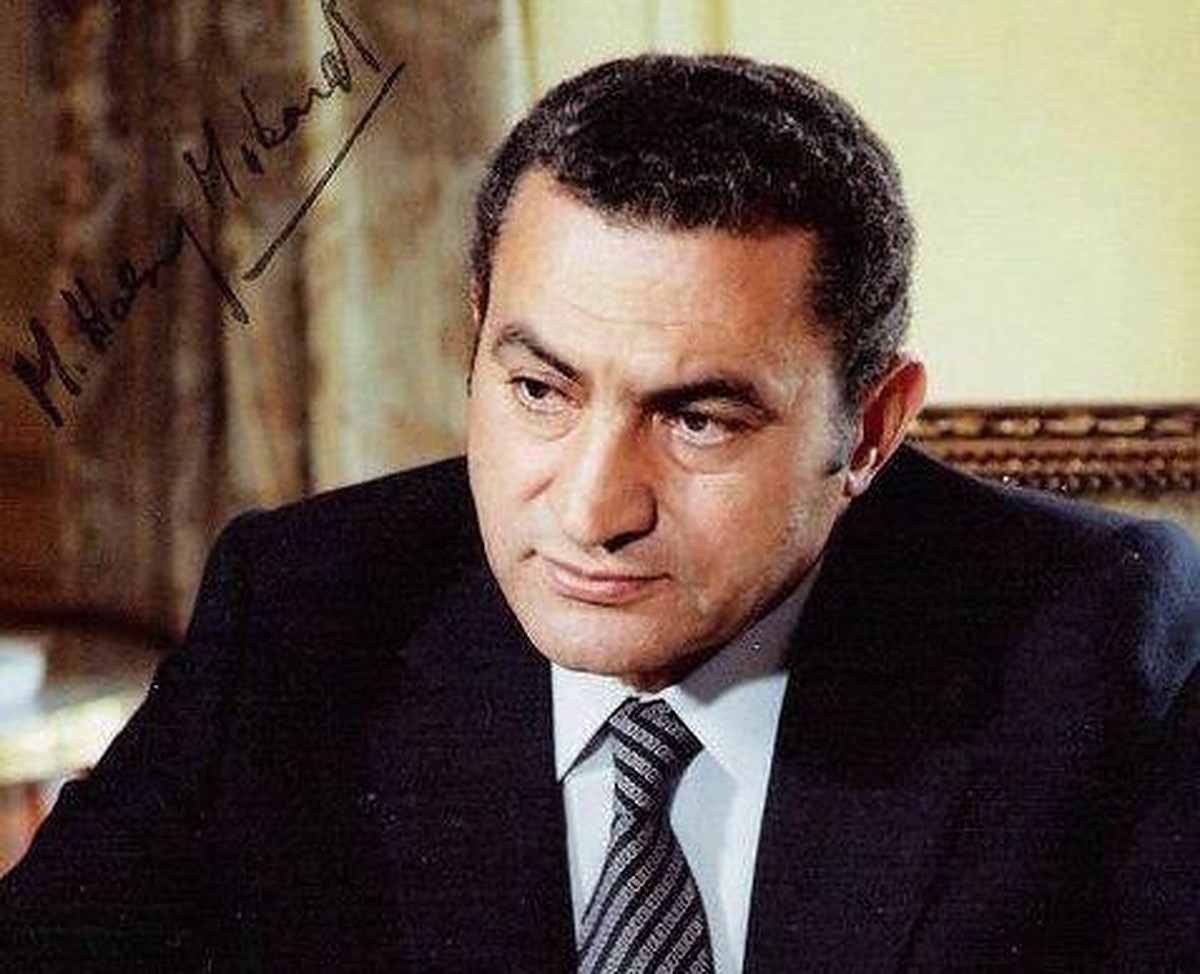 He had neither the charismatic smile of Gamal Abdel Nasser nor the attitude of Anwar el Sadat, and yet, he is the longest-serving ruler in Egypt’s history with many different and symbolic nicknames.

Since the announcement of his death on Tuesday, Mubarak’s name swept the headlines of local and international outlets with various nicknames: the former president (el Rais), the Modern Pharaoh, the Dictator, the National Hero, the Pilot, and many others.

Though Mubarak’s stone face and lack of expressiveness could be said to also reflect his long tenure in power, which followed a very cautious, incremental and slow process in reforms.

His life first began as a pilot. After joining the Air Force Academy in 1949, he gained his commission as a pilot officer in 1952 with a bachelor’s degree in aviation sciences.

In 1972, Mubarak became Commander of the Air Force and Egyptian Deputy Minister of Defense. His first breakthrough was during the October War in 1973, when the Egyptian Air Force launched a surprise attack on Israeli soldiers on the east bank of the Suez Canal – transforming the pilot into a ‘national hero’.

The very next year, he was promoted to Air Chief Marshal in recognition of service during the October War of 1973 against Israel.

Mubarak had worked closely with Sadat since 1973, and in April 1975, Sadat appointed Mubarak as Vice President of Egypt.

As a politician, Mubarak was known for his skill in forming relations and developing friendships, forming strong relations with many important Arab figures as vice president, including Saudi Foreign Minister Prince Saud and Morocco’s King Hassan II.

Particularly, his skill in forming relations was helpful in bringing Egypt back into the Arab League in 1989, after it was kicked out since the signing of the Camp David Accords. It also helped establish a degree of stability and balance of power in the Middle East region as more Arab leaders leaned towards Mubarak, which was not the case during Sadat and Nasser’s reign.

As a strong proponent of the peace process, Mubarak played a key role in pushing other Arab states to begin peace processes for the Palestinian-Israeli conflict, convincing Saudi Arabia to put forward the first peace plan in 1982 where, in exchange for a Palestinian state, the Arab world would make peace with Israel.

He also played the main role in backdoor diplomacy for the Oslo Accords, where he was actively engaged in talks with Yasser Arafat to push for the implementation of the peace process.

While he was skilled in foreign relations, Mubarak’s internal public policies faced shortcomings. For a certain period of time until the 1990s, economic reforms stalled in Egypt. However, this all changed in 1990 as role of the International Monetary Fund became increasingly dominant in directing economic policy.

Privatization, free market, and the cutting of subsidies and government expenditure were main policies behind the IMF program, which on the one hand helped generate economic growth, and on the other hand also resulted in huge debts, weaker state institutions and higher unemployment.

This led Egypt to experience two major debt crises in 1987 and 1990, reaching its peak at 49 USD billion, which was reportedly the highest debt burden in the country since the debt crises of 1880.

In politics, Mubarak introduced more political reforms than any other Egyptian president, which saw more political parties being formed and the allowance of the Muslim Brotherhood to contest elections in 1984 and 1987.

However, the regime was labeled by most scholars as ‘neo-authoritarian’ due to its one-party rule, un-free elections and lack of transparency. Mubarak also expanded and strengthened the role of the secret intelligence services within the framework of fighting terrorism, which drew many criticisms in regards to forced disappearances, repression and arbitrary detention.

Mubarak’s social reforms mainly benefited from the signing of various international conventions, particularly the Convention on the Elimination of All Forms of Discrimination Against Women in 1979 and the Beijing Declaration of 1995, which pushed civil society to pressure the government to pass the khuli‘ law (permitting a woman to divorce her husband in Islam) and the criminalization of female genital mutilation in 2008.

Though Egypt’s human rights record was heavily criticized throughout his rule, leading to the creation of the protest movement Kefaya (“Enough”) in 2005 that would end up playing a major role on January 25, 2011 in Tahrir Square in Cairo.

As more money was getting pumped over the years into the economy from foreign loans, a gap was created between the capacity of the state institutions and the demands of the people. Slow reforms did not meet the rapid population increase, the expansion of the public sphere through the internet and the growing global economy that necessitated the need for stronger state institutions.

The demands “Irhal!” (“Leave!”) and “bread, freedom and social justice!” engulfed Tahrir Square in 2011, and Mubarak was eventually ousted by the the Supreme Council of the Armed Forces on February 11. When offered the opportunity to leave Egypt, he refused and said that he “would die on Egyptian soil.”

For six long years, Mubarak was held in prison and in military hospitals under heavy guard, making little media appearances. He soon became forgotten until he was freed in 2017, where he was cleared of the final murder charges against him in various cases covering corruption and the killing of protesters.

Mubarak remained a popular figure for many older generation Egyptians, even leading to the creation of the movement “Ana Asef Ya Rayes” (I am sorry, president), which has over 2 million likes on the Facebook page up till today.

His legacy, however, remains widely debated and controversial. There was nothing tangible to hold to mark his long tenure in power. What is most apparent is that he truly defined an era in Egyptian politics – an era which saw the most rapid and dramatic changes in modern history since 1952.