Egypt’s synagogues reflect the country’s cosmopolitan history and its multicultural and pluralistic religious heritage which extended beyond the trichotomy of Abrahamic religions. According to contemporaneous sources, at its zenith, Egyptian Jewry was among the world’s most diverse Jewish communities, comprising Jews of all denominations and ethnic backgrounds.

The Moshe Dari Karaite Synagogue, located in Cairo’s lively district of Abbassiya, was built between 1925 and 1933, at the height of Egyptian Jewry’s cultural and social visibility. Owing its name to 13th century Karaite poet Moshe Dari, the synagogue served members of the ancient Jewish sect in Cairo.

Karaite Jews are among the Middle East and North Africa’s oldest religious groups. In fact, some historians estimate that there had been a virtually continuous Karaite presence in Egypt and North Africa that predates Sephardic and Ashkenazi migration to the region.

Followers of this relatively obscure Jewish religious movement rely solely on written sacred texts, or the Written Torah, in their understanding and interpretation of Judaism, its traditions and laws. This contrasts with mainstream Rabbinic Judaism, which considers the Talmud a primary source of Jewish law, theology and thought.

Egyptian Karaites’ influence on the country’s heritage and culture could be felt even after Egypt’s 1967 war with Israel, which heralded a new chapter in Egypt’s Jewish history marked by growing anti-semitism. In the March 1979 issue of Hadassah Magazine, Canadian-born Rabbi Boruch K. Helman writes of his experience in Egypt as a foreign student at the American University in Cairo in 1968. He recalls a conversation he had with his Egyptian instructor at the time during which she asked him whether he identified as a Karaite or a Rabbinic Jew.

“Not only had I never before had to identify myself as a Rabbanite Jew, but I was very surprised that she, a Moslem, knew about Karaites—the little known Jewish sect dating from the eighth century C.E. which had rejected the binding nature of the Oral Law—and that she was familiar with the term Rabbanite, commonly used only by scholars to refer to the mainstream of Judaism.

“It was difficult for me to couch my answer in contemporary terms when she asked me to explain the difference between myself and the Karaite physician who had been both her family doctor and friend. [Her] questions brought home to me, as perhaps nothing else could have, how much a part of Egyptian life the Karaites had been. After all, Cairo had been host to their community for well over a thousand years,” Rabbi Helman wrote.

The Moshe Dari Synagogue is the city’s biggest Karaite temple. Its unique design and interior architecture reflect the sect’s different worship traditions. Unlike most Jewish synagogues, there is no seating area in Moshe Dari, no pews or benches, and much like Muslim mosques, the temple is furnished with a shoe rack near the entrance for worshippers to store their footwear in before prayers and other religious services.

Built in the shape of a four-horned altar, the synagogue is one of Egypt’s more well-preserved Jewish temples, along with the recently renovated Eliyahu Hanavi Synagogue in Alexandria, as well as Cairo’s historic Ben Ezra and Maimonides synagogues.

The Moshe Dari synagogue is considered the seat of the Egyptian Karaite Jewish community. It holds some of Egypt’s oldest Jewish sacred texts and Torah scrolls, also on the premises is the country’s second biggest Hebrew library, inaugurated in 1994 and home to more than 5,000 written works.

The shul recently made headlines after it was reported that it housed the Zechariah Ben ‘Anan Manuscript, a priceless handwritten 1028 biblical codex previously thought to be lost. The tome, reportedly discovered by Israeli historian Yoram Meital in 2017, is one of the most complete forms of Ketuvim or the Writings, which is one of the three sets of the Hebrew Bible (the Tanakh consists of the Torah, the books of the Prophets, and the Writings). The Zechariah Ben ‘Anan Manuscript is almost 1,000 years old.

And although Karaites are a dwindling minority among world Jewry today, it is estimated that the overwhelming majority of the world’s Karaite Jews are of Egyptian descent.

A Little Green Sanctuary: a Beginner’s Guide to Minding Houseplants
Travel Across Egypt's South Through This Virtual Road Trip 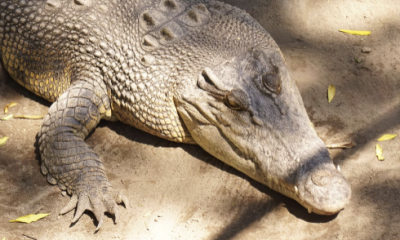 Travel Across Egypt’s South Through This Virtual Road Trip
A Little Green Sanctuary: a Beginner’s Guide to Minding Houseplants