On July 11, controversial Sheikh Abdullah Rushdy released a video on social media promoting discriminatory views on a woman’s right to work, openly stating that, “nothing is being asked from you other than that you finish your education and you return home, because your future is your home to build future generations.”

Rushdy added, “instead of going out to serve the community, serve your own house, rather than following your own desires in life.”

With the help of social media, dialogue can be a way to counter radical or discriminatory thoughts, according to an article on the Paris Peace Forum. Abdullah Rushdy’s comments were slammed and opposed online through encouraging stories as well as dialogue by women’s rights activists such as Nehad Aboulkomsan, who is a senior lawyer and chairwoman of the Egyptian Centre for Women’s Rights. 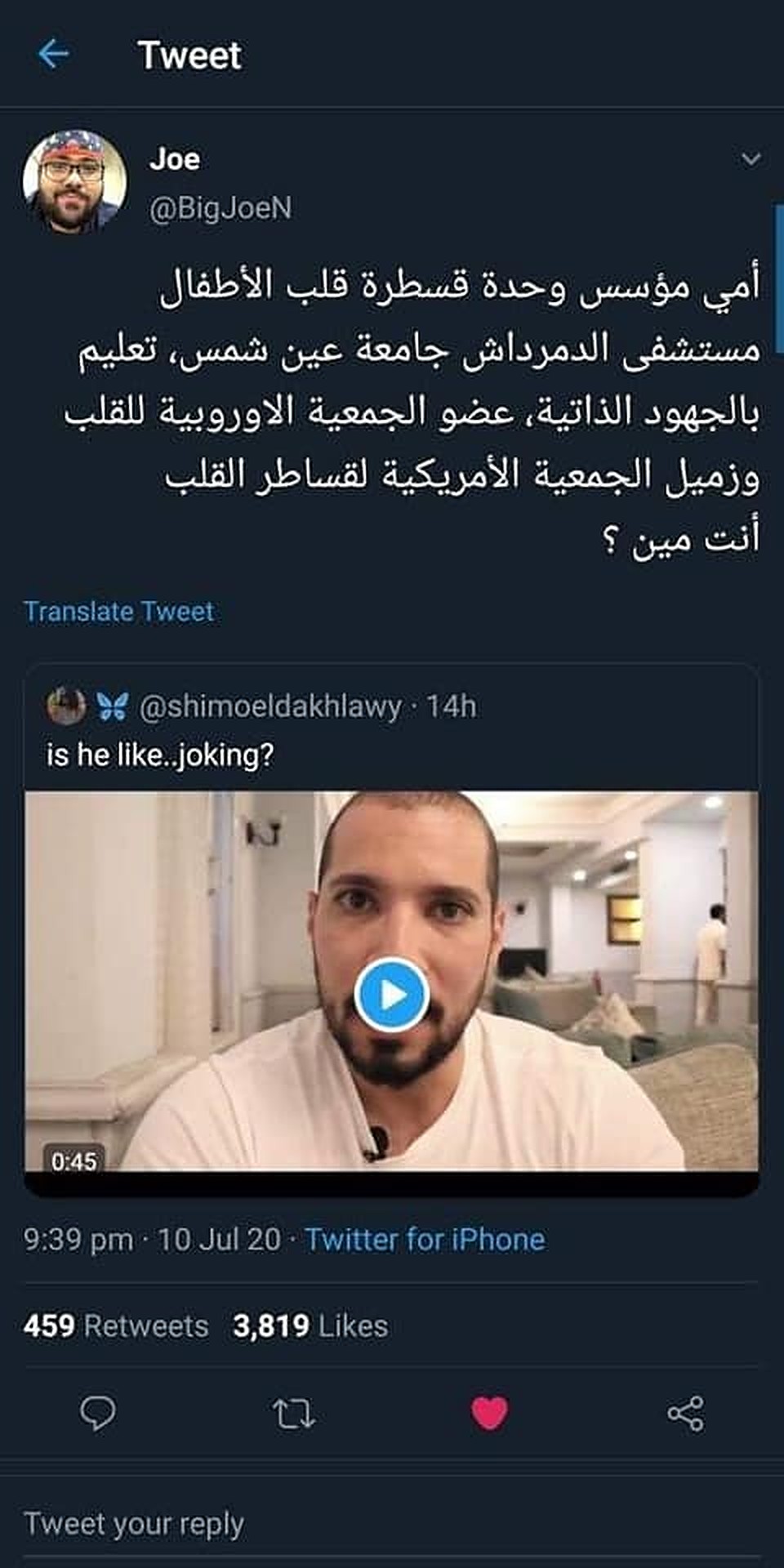 A large number of young people responded to Rushdy’s comments by noting the hard work ethic and accomplishments made by their mothers. One young man said that his mother is the founder of the Pediatric Cardiac Catheterization At El-Demerdash Hospital, and became a member of the European Heart Association and a fellow of the American University of Cardiac Catheters. He then asked Abdullah Rushdy: “And who are you?” 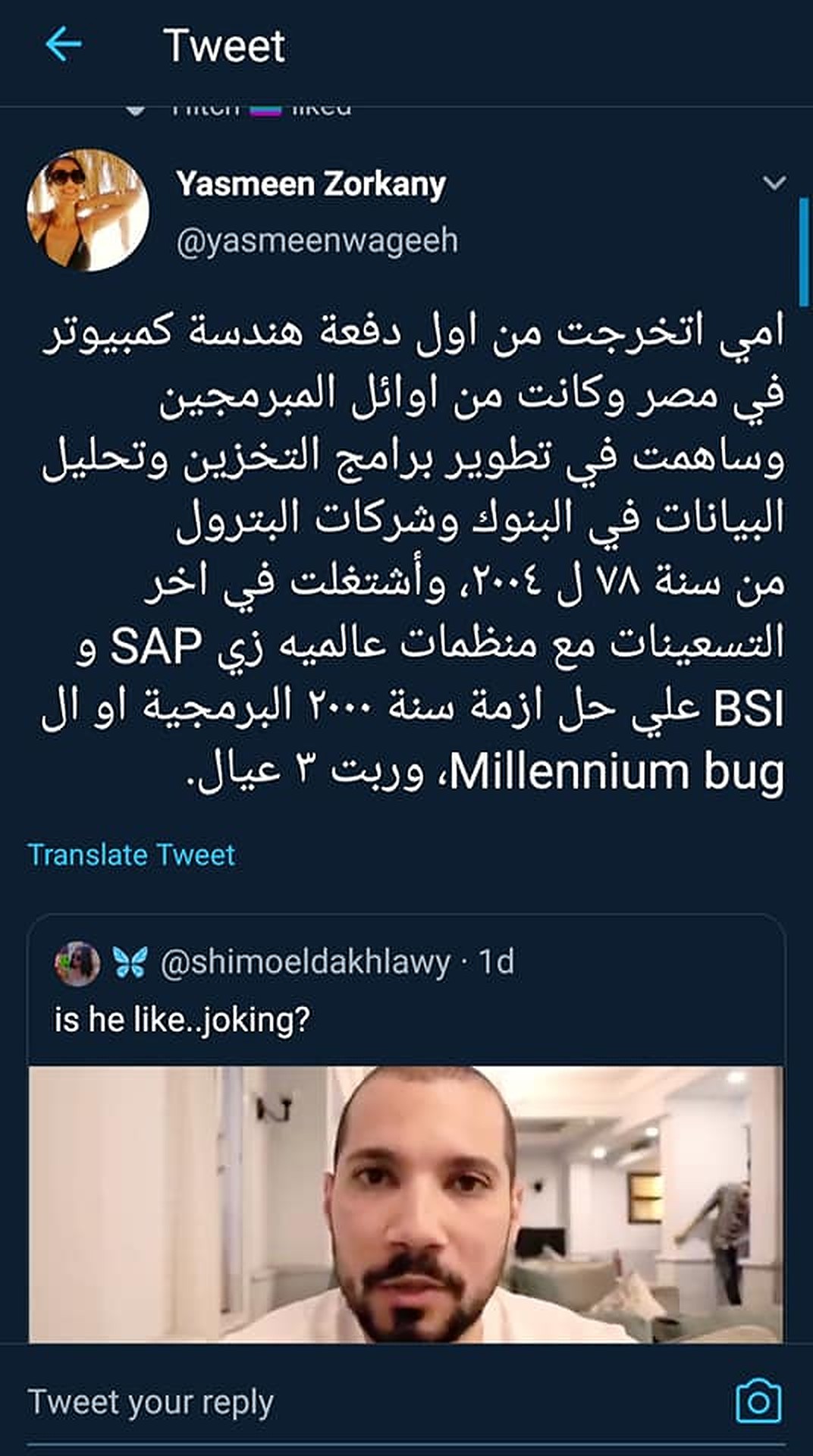 Another user said, “My mom graduated at the top of her class in computer science, and grew to be one of the most important programmers in Egypt and worked along with international companies such as SAP and BSI.”

Through her interactive Facebook page ‘Hekayat Nehad’ that discusses various social issues on social media, Nehad Aboulkomsan, who has been in the field for over 30 years, shared a 30 minute video to promote dialogue with her followers and discuss openly to create a sense of engagement rather than hostile attacks.

“Discussions between differences of opinion are what help develop certain ideas in society, and it is the responsibility of every religious leader to encourage civil discussions on topics among people,” she said at the beginning of her video.

Abolkomsan stated by arguing that “we simply cannot associate one human being with an entire religion,” calling it “intellectual terrorism” if that is the case.

The senior lawyer and women’s rights activist preferred to engage with her followers using science and religion, referring to the example of Maslow’s hierarchy of needs and why every human being rightfully deserves to feel safe and reach self-actualization through work and achievement.

“If we apply the idea of ‘staying at home’ to the pyramid, then it will meet a woman’s only physiological needs, but her safety is always at risk if her husband breaks the marriage or marries another woman,” she says. “This way, the message to ‘stay at home’ actually deprives need for safety for many women.”

She added that a job is a form of safety for women, as not only it helps her to become financially secure by herself, but also to protect her entire household in times of crises.

Aboulkomsan later used examples of women in the early days of Islam who served their communities, from prominent doctors such as Rofayda el Ansari, and Prophet Muhammed’s wife Aisha, who was one of the most important political leaders in Islam during the Battle of the Camel,  as well as Naseeba bint Ka’ab, who was a holy fighter and joined the Prophet to fight in many battles.

“It is not realistic nor practical to say that a woman’s place is at home, because it leads to violence, discrimination and many other problems in society,” she added. “This is not a war over jobs, but it is the right of every human to serve their community and feel fulfilled.”

While women’s contribution to the labor market has increased over the years, it still falls short at 23.61 % in 2019, according to World Bank collection of development indicators. In collaboration with Gallup, ILO revealed that women’s quest for decent work in Egypt largely depended on men, as when they were asked whether they prefer for the women to stay at home or work at a paid job, 55 percent said they preferred that the women stay inside their homes.

Earlier this year in February, Abdullah Rushdy was suspended from his duties as a religious cleric by the Ministry of Endowments due to his comments against prominent cardiologist Magdi Yacoub, stating that “earthly achievements, if not based on a belief in God and his Prophet, only has value on this earth.”