Clean Cinema and Egypt: How Normalized Are Portrayals of Harassment?

Reem Abdulkader
Clean Cinema and Egypt: How Normalized Are Portrayals of Harassment? 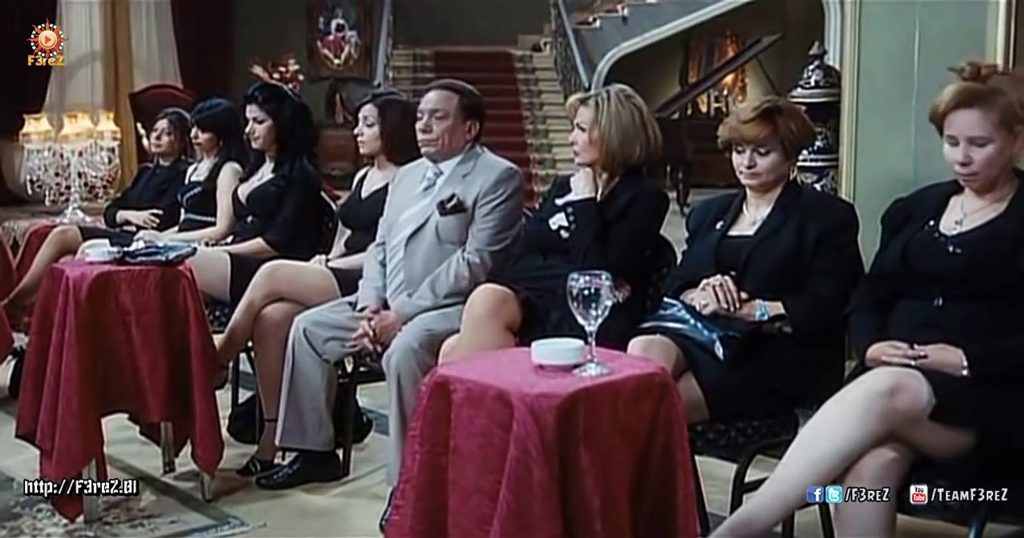 In light of recent events that have taken Egypt by storm, namely the exposure of serial harasser Ahmed Bassam Zaki and the Fairmont incident, many are becoming more aware of the reality of women living in Egypt. However, amidst this powerful movement against sexual harassment, many questions arose. The most prominent one being, what incites sexual harassment?

According to Kunstman, an experimental social psychologist at Miami University in Ohio, power creates a perfect mental storm of misconduct. Although sexual gratification plays as an incentive for sexual harassment, it is but a small part of the reason why sexual harassment takes place. The patriarchal basis on which our society was built ensures men the upper hand in everything. Therefore, in order to maintain in a position of power, some men tend to exploit that power to harass women and put them in place. Viewing themselves as superiors, harassers also assume that they are sexually desired by everyone. Thus, inflict themselves upon others without permission.

Apart from the psychological side of harassment, the movie industry influences rape culture heavily, especially in Egypt. When watching a movie, it is normal for the viewer to check the rating of the movie to deem whether it is appropriate enough for them or not. The ratings differ from one country to another, but the most famous ones are those belonging to the motion picture association. With the safest rating being U (doesn’t offend parents or children), and the most intense being NC-17 (no one 17 or under admitted), the viewers have an expectation of the movie they’re going to watch.

Similarly, the Egyptian movie industry rates its movies, the catch being that only one rating is available, which is U or as it is famously known in Egypt “Clean Cinema”. The term “Clean Cinema” was coined in the late 90’s after the movie industry started taking a new route with fresh faces such as Mohamed Henedy. “Clean Cinema” promotes movies that do not include nudity, kissing, or generally anything that induces depravity or poses a threat to the ‘morals of the Egyptian family’. Although it is unclear where the term came from, it was quickly adapted and incorporated into all movies.

The main goal of clean cinema is to avoid subjecting the Egyptian family to indecencies, which involves any sort of consensual physical relationship between a man and a woman. Egyptian cinema has been particularly strong and influential in the MENA region since its golden age in the late 1950s and 60s. To this day, many classical and modern films play influential roles in modern day culture and are often quoted. It is thus hardly surprising that many films also seem to portray ‘problematic’ behavior and attitudes that promote harassment behavior.

One can mention two such scenes from a popular and modern Egyptian movie that was released in 2008, Andaleeb El Dokki.

First Scene:
Person 1: My brother Fawaz is very stupid. Hasn’t he thought, not even once, about proposing to you in the past three years? Or at least about attacking you?
Person 2: What?
Person 1: Sorry, I’m a little honest. I’ve only been with you for 3 hours and I want to do that [attack you].

Second Scene:
Person 1: Don’t pay attention to any of that and let’s just focus on our relationship.
Person 2: What relationship Mr. Fawzy?
Person 1: No, no, don’t call me that. Let’s drop the formalities. For your information, I’m not an uptight person. The speaker touches the woman without her consent. Lighten up. Don’t you think we need to take our relationship to the next level?
Person 2: How so?
Person 1: Admiration, rape. Person 1 unbuttons his shirt as he says so, and pounces on the woman as she runs away.

To someone unfamiliar with the movie, these two scenes pose a major red flag. The main character’s behavior clearly portrays him as a harasser. While in fact, this behaviors is considered part of the comedic, family movie that perfectly fits the ‘clean cinema’ agenda.

As children, typical Egyptians that watched these two scenes possibly laughed or did not dwell on the scenes for long. However, such scenes subconsciously normalize the idea of blatant sexual harassment. One might argue that the influence of such scenes could be relative, unaffecting some and affecting others. According to several studies, movies play a major role in influencing behaviors, whether they be negative or positive. Naturally, children are more prone to be affected by movies than adults, which circulates us right back to the very beginning, “clean cinema” that is appropriate for children.

It is evident that many Egyptian family friendly movies are overflowing with normalized sexual harassment that is framed in a comedic light to avoid criticism. After all, the famous sentence “I was just joking” is often used by harassers and rape apologists to justify their actions. One of the most notorious movies for this is Bobos starring Adel Emam and Yousra. A simple Bobos funny scenes search on YouTube will bring up many videos of scenes in the movie where the protagonist touches women without their consent, or is constantly making sexual jokes. ِAnother example is the movie Al Ragol El Ghamed Besalamtoh, where the opening scene shows the protagonist, Hany Ramzy, scouring the airport for women to “accidentally touch”, and even going as far as pretending to know two women so that he could hug and grope them. The entire scene is also full of close-ups of women’s bottoms and cleavages.

Harassment and rape do not fall under any category but that of abuse and tragedy. The solemn act of normalizing these acts as part of a comedic context is wrong to begin with. Moreover, it entrenches the belief that harassing women is okay, and that they are secretly enjoying it, or have insinuated sexual desire by dressing or talking in a certain way. Despite strong evidence asserting the opposite, many Egyptian movies are not considered an inducement of depravity, nor as providing an incentive of harassment.

*The opinions and ideas expressed in this article do not reflect the views of Egyptian Streets’ editorial team any other institution with which they are affiliated. To submit an opinion article, please email [email protected].

Reem Abdulaziz Attachments I was born in 2001 in Luxor, but raised in Hurghada. I went on an exchange year when I was only 15 years old. That experience was the milestone that changed my perspective on many things. Ever since, I've become more vocal regarding what I stand for, including women's rights. I'm a second year student at Cairo University majoring in English. My biggest goal is to reach as many people as I can through my writings, I aspire to be a voice that people relate to.