Shaefri: Bridging Egyptian and Irish Music in Times of Turmoil and Victory 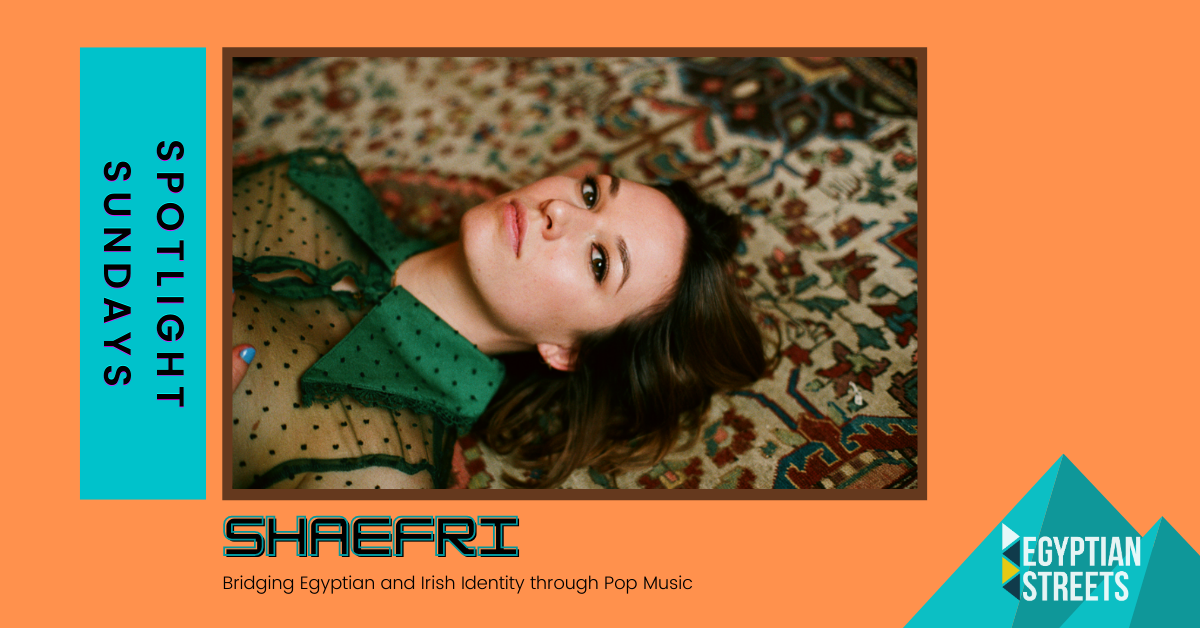 In the wake of Egypt’s digital feminist movement and the general, well let’s just face it, “unprecedented” times, it seems that Shaefri’s brand new EP, ‘Girl’, has arrived right on cue for Egyptians seeking musical solace. The London-based singer/songwriter has spent the last few months crafting this project that encapsulates her unique dual-heritage and her experiences as a young woman growing up in such an unusual time.

As a half-Irish, half-Egyptian woman, Shaefri meets us somewhere in between the angelic echoes of the Celtic harp and the addictive percussion of the Egyptian tabla. Somehow, her music manages to capture a slight wind of escapism whilst bridging us back home romantically and melodically. 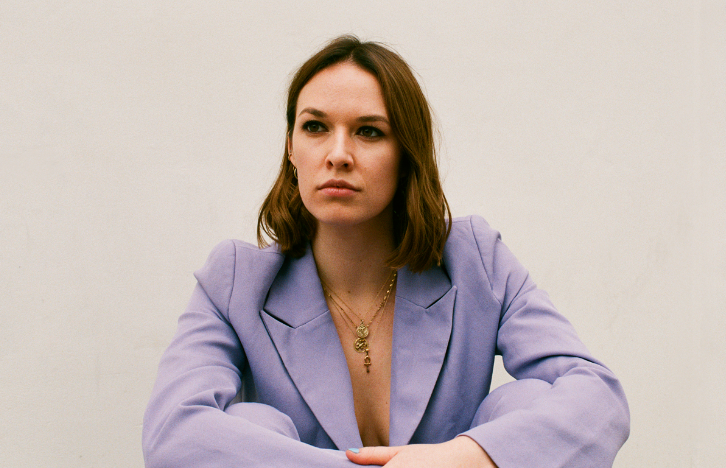 “My music is primarily ‘pop’ but is heavily influenced by the cultures that I’m from and I grew up in – there is a storytelling element and a vocal style that comes from my Irish roots and a tonal and percussive element that comes from my Egyptian heritage,” says Shaefri to Egyptian Streets.

Shaefri, who grew up in England and Ireland, maintains her connection to Egypt with her family through food, WhatsApp groups, and music (citing Amr Diab as a staple at weddings).

“My grandfather was born in Asyut but grew up in Cairo, where he eventually moved back to with my grandmother and where my own father was born. We used to go back to Egypt every year to see our (extended!) family in Cairo and Alexandria but it’s been harder in recent years – I miss it a lot and would like to go back soon though.”

The artists she looks to for inspiration are also telling of her influence of combined heritage.

“I really admire artists like Leonard Cohen and Dolly Parton for their song writing and longstanding careers, but also newcomers like Rosalia who incorporate their own heritage (hers is Flamenco) into their new material in a modern and innovative way,” says Shaefri.

“I also think Rihanna is an incredible role model and artist and the way she is able to turn her hand to many different industries and disrupt them in a positive way is inspirational.” 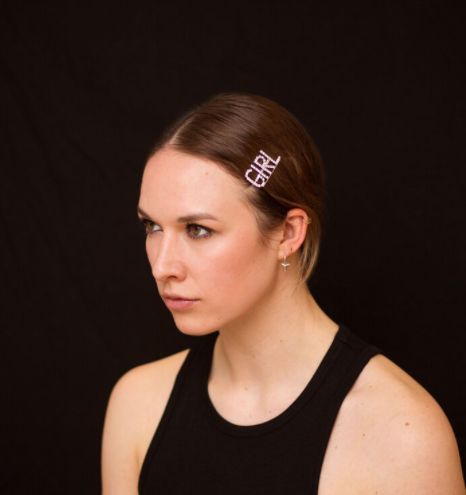 ‘Girl’, Shaefri’s single and part of its namesake EP, is cited as the sound of her growing up. Though the EP does not reference Egypt’s current feminist movement directly, I couldn’t help but draw a relevant connection as an Egyptian woman myself. I would argue that it captures the voices of many Egyptian women utilizing their digital platforms to support each other in the wake of a feminist uproar. It makes a timely and universal observation that I could not overlook – it’s a difficult time to be a woman, but we have to stick together to fight it.

One lyric from ‘Girl’ stood out to me – “I’m sorry that you found out this way, that we don’t live in black or white, we seem to live in grey.” While the song draws attention to the unfortunate realities of growing up a young woman, it leads us back to the positivity of a strong support system and mutual understanding, as she continues to say, “I’m not sure it’ll change. But I know we’ll fight like hell so it happens one day.” Through her lyrics, Shaefri invites us to both be aware of the struggle whilst somehow decreasing inner-divisiveness.

When asked who she makes her music for, Shaefri said a lot of her content is based on her own experiences as a young woman growing up.

“I make music that I hope people connect with,” says Shaefri.

“I don’t really aim it at a specific demographic however a lot of the content is based around my own experience as a young woman, growing up in such an unusual and uncertain time, so it tends to resonate more with people who have had a similar experience.”

Shaefri manages to adopt a universally personal tone. She cites her song, ‘Say You’ll Be There’, as the most meaningful to her from the EP, an ode to support systems and speaking out on mental health rather than parking it as taboo. The incorporation of Egyptian percussion made me doubly aware of the message whilst applying it back to our environment and culture. Mental illness is not dependent on your nationality, and the simultaneous universality and specificity in the song was both necessary and impressive. 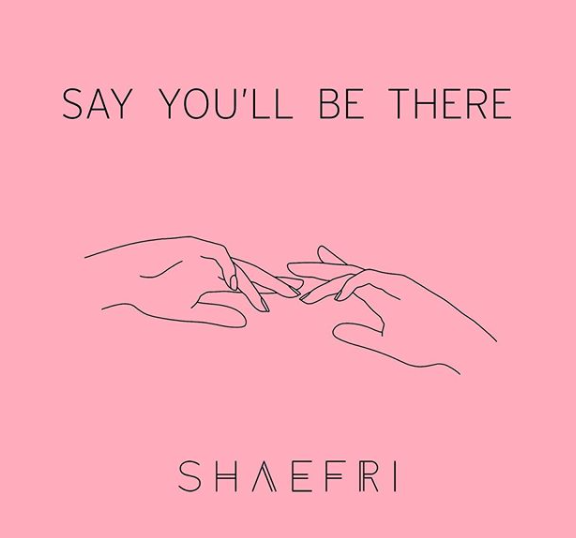 The undeniable theme here is unity. Unity in effortlessly amalgamating her multi-heritage melodies, unity in musical solace, and unity in our shared mission to combat uncertainty in mutual strife and empowerment. Despite the fact that Shaefri grew up in London and Ireland, sporadically visiting her extended family in Egypt, she still managed to speak to the inner ‘Girl’ inside of me. 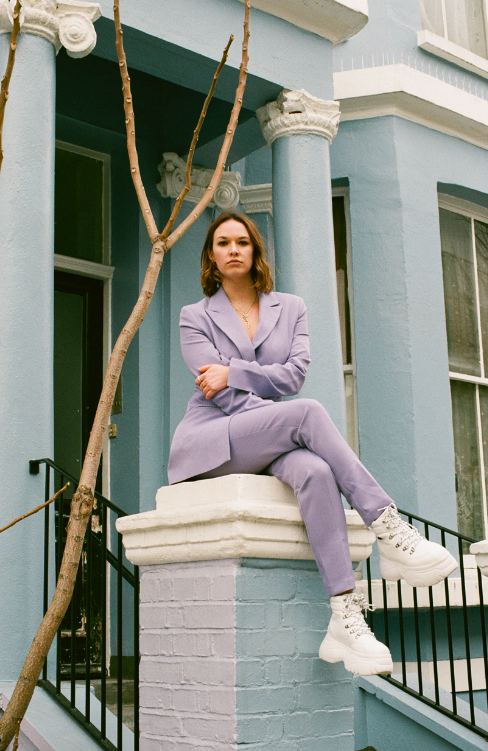 As for what’s next, Shaefri intends on creating more music to be released in 2021 and will be hosting a virtual show, which she’ll be announcing very soon on her Instagram (@shaefri). Be sure to keep up with her and stream her music, available on all platforms.

Nour is a Dubai-based social media editor, writer, podcast producer, and graduate student with a special love for fashion, comedy, discussing the gender economy and everything in between. She is Egyptian Streets' Social Media and Community Editor.