Niveen Ghoneim
A Witness to Nothing: How Seif Bedour Became Entangled in the Fairmont Case 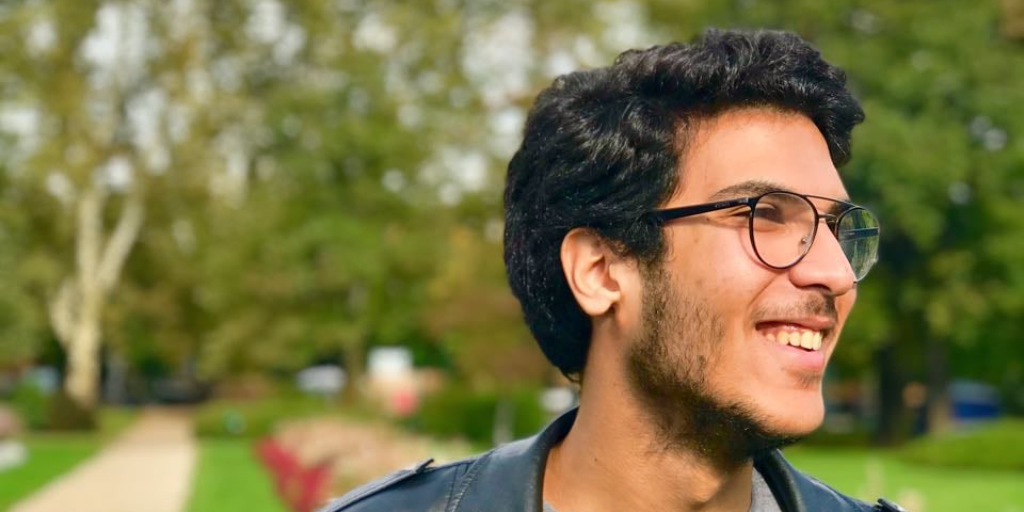 “This begging thing is very difficult for all of us, as I am sure it is for you, but what are we going to do? We need each and everyone of you to feel and sympathize.

“We need people to stand in solidarity with Seif because you have all, unfortunately, become dead-alive. I never understood that term, but I totally get it now. I see it and I feel it. Everyone is truly dead, but why shouldn’t we be? When everything around us has died?” Nivan Bedour implored her friends and followers in a Facebook post dated December 8th, three months after her brother Seif’s arrest.

Nivan is one of many supplicants who have taken to Egyptian social media in recent years to campaign for the release of a loved one. And yet Seif’s case is particularly alarming. Arrested in August 2020, he has been jailed for over four months without charge. According to his family, the 21-year-old was accompanying a friend to the Qasr El-Nil police station when authorities decided to detain him.

It all started when an Egyptian-American friend of Seif’s was escorted to the precinct by a police officer in relation to the investigation into the 2014 gang rape case, commonly known as the ‘Farimont Incident’ and the ‘Fairmont Crime’ (جريمة الفيرمونت), in which she is a person of interest and potential witness. She was among a number of other potential witnesses who were arrested on the 28th of August, 2020 and released a few days later, on the 31st of August.

Seif, however, is one of three people who remained in police custody pending investigations into the Fairmont Crime despite having been just 14-years-old when the incident took place and having nothing to contribute to the prosecution’s case, according to his family.

“No one wanted him. At the police station, she kept telling him to go home and he would say, ‘no we will wait together.’ He waited with her for six hours. They didn’t even take his ID or anything, he was just sitting there waiting for her, and suddenly two people came up to them and told them someone wants to speak with you,” Nivan, Seif’s older sister, told Egyptian Streets.

According to a report by Human Rights Watch, those arrested in connection to the Fairmont investigation were interrogated by members of the Interior Ministry’s National Security Agency. “[They] arrested and then pressured the witnesses to alter their accounts while holding them incommunicado from August 28 to 31, three activists said after speaking with the witnesses who were released,” the organization reports.

Sources close to Seif have also confirmed these allegations of misconduct in his case, saying Seif was pressured to make false confessions.

“According to a sworn testimony by Seif, which he gave before a judge – and that was reflected in the records – an officer told him to either confess to being gay or he will be implicated in the Fairmont case,” a legal representative for Seif told Egyptian Streets.

“The judge showed us the report about performing homosexual acts and informed us that the test came back negative. He also said that there was a small percentage in Seif’s report about drug use,” Seif’s attorney told Egyptian Streets.

Despite being cleared of any suspicions of homosexuality (which may have raised allegations of criminality under Egyptian law), Seif continues to be jailed, which his lawyers argue is a blatant disregard of the country’s laws.

“This drug use charge doesn’t entail pre-trial detention, and that is the only clear charge against Seif, he smokes and he told them he drinks alcohol, he doesn’t use narcotics. He volunteered that information, but even if they found traces of narcotics, drug use charges don’t require pre-trial detention,” Seif’s attorney remarked, adding that frequent painkiller and sedative use could easily lead to false positive results in a drug test.

However, Seif’s defense team was denied the right to challenge the toxicology report, which further proves animus and a rush to judgement on the part of the prosecution, according to Seif’s attorney.

Even more troubling is the absence of a complete case file, a complaint that Seif’s family and defense team have repeatedly raised. According to one of Seif’s attorneys, the defense team still hasn’t been permitted to view the files that justify Seif’s detention.

“No one was caught doing anything, there’s no official report against Seif to say that it is just being processed, and we don’t have investigations that prove that he performs same sex acts or anything like that. There isn’t even an arrest warrant for him. These are documents that need to be in the case file for it to be an actual investigation.

“There needs to be a police report, an arrest warrant, investigations that either prove or disprove the [accusations], such as lab tests and forensic exams. None of this exists. And what does exist proves his innocence. So why is Seif jailed? where is the logic in that?” said the attorney to Egyptian Streets.

Many observers have also noted this total disregard of procedural law and constitutionally-protected civil rights, which is apparent in the haste to arrest Seif based on suspicions about his sexual orientation. According to sources, Seif’s phone was unlawfully confiscated, admitting into evidence illegally obtained personal and intimate visual content in violation of his constitutionally-protected right to privacy.

His lawyer also argues that the mere suspicion of being gay isn’t enough to warrant an arrest. “They just suspected him based on his appearance—he has a ponytail and is wearing shorts and looks westernized because he just got back from Hungary—and that is understood by some people in Egypt as a boy who lacks rugged masculinity, so he must be gay,” the attorney explained to Egyptian Streets.

In the meantime, Seif resumes his captivity alongside two witnesses and some of the suspects in the Fairmont Crime – an investigation that doesn’t appear to be moving forward – despite assurances from legal advisor and prosecutor Ahmed Sobeih to Seif’s family and legal team that his detention is a separate matter from the gang rape case.

“How are we separated from the Fairmont case, but also at the same time involved in the accusations? When our case carries the same number?” a member of the defense remarked.

As Seif nears his 130th day in jail, his family continues to campaign for his freedom on social media using the #Free_Seif (#افرجوا_عن_سيف) hashtags to drum up sympathy for his case, but with an unprecedented crackdown, hundreds of reported forcible disappearance cases and arbitrary arrests, Egypt’s cybersphere has become an endless feed of missing persons and lost connections bulletins and compassion is quickly waning.

For the media studies graduate, however, life has come to a standstill. In a message passed down by his mother, Seif describes a gloomy outlook.

“My life has stopped, I no longer know where my future is. I have lost all hope, I have lost my faith, I have lost my mind. I have forgotten what it feels like to feel safe, to feel joy. What even is feeling? Everyday, I ask myself, ‘why am I alive?’” he writes, before adding, “I feel like I’m losing my mind every time I think that anyone can just get arrested out of nowhere and be charged with false accusations, just because they accompanied a friend he couldn’t leave alone! How could I leave her when I was raised to never leave a friend in need, boy or girl, and not offer the least I can do, which is to be by their side?

“If I could do it all over again, I wouldn’t change a thing.”