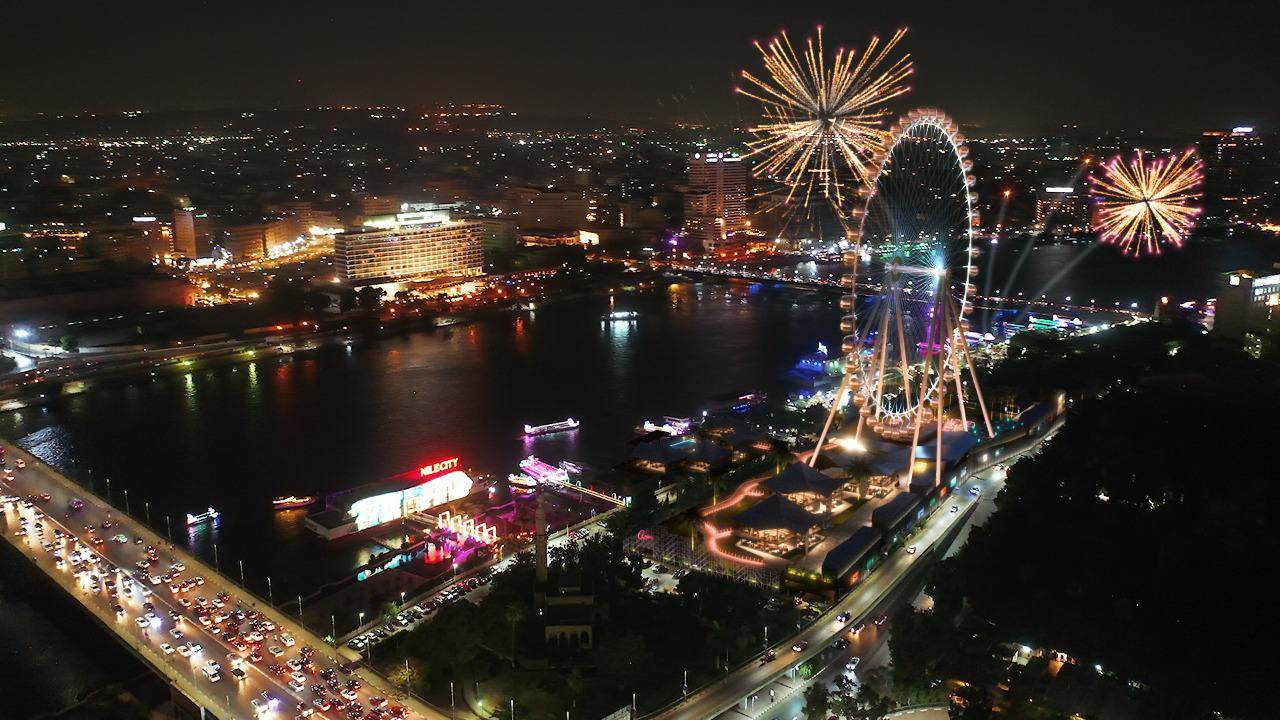 Construction of the Cairo Eye (عين القاهرة) is officially set to kick off, with Egypt’s Minister of Tourism and Antiquities laying a foundation stone at an official ceremony on Thursday.

The Cairo Eye will be located along the Nile River in the upscale district of Zamalek and will occupy approximately 20,000 square metres of land.

The 120 metre high Cairo Eye, which is set to be the largest observation wheel in Africa and the fifth largest in the world, is scheduled to be launched in 2022 and will cost EGP 500 million (USD 31 million) to establish.

In addition to the observation wheel, a number of ancillary services will be introduced to tackle congestion and to provide visitors with new means of travelling to the Cairo Eye. This includes a Cairo Eye Nile taxi (i.e. a ferry), free hop-on and hop-off Cairo Eye buses and a two-level car park with a capacity for 500 vehicles.

Initial reports suggest the cost of financing for the construction of the project will be borne by Hawai for Tourism and Investment, which is leading the project.

In statements to Daily News Egypt, the Chairperson of Hawai for Tourism and Investment, Ahmed Metwally, said that 50 percent of the financing will come from the company, with the rest obtained from Egyptian banks subject to negotiations. It remains unclear whether any funding for the project will come from the Egyptian state, or whether the entire project will be privately funded.

Speaking at the official ceremony on Thursday, Metwally said that it is expected the Cairo Eye will attract 2.5 million visitors a year. Daily News Egypt reports that visitors will be expected to pay between EGP 250 ($USD 15.90) and EGP 350 ($USD 22.25), though this is subject to change. Metwally added that the project will provide direct employment to at least 1,200 individuals and is expected to indirectly introduce another 4,000 opportunities of employment.

Responding to environmental concerns, Metwally added that the project is designed with the environment in mind and will take into account the preservation of greenery and will aim to preserve the identity of the district of Zamalek.

The Egyptian government is currently implementing plans to renovate downtown Cairo and its surroundings, close to where the Cairo Eye will be located. These plans have include moving several government departments and buildings away from the area to battle congestion, evicting those living on illegally settled land, and creating new public spaces.