The Struggles of Being a Freelance Writer in Egypt

Noran Morsi
The Struggles of Being a Freelance Writer in Egypt

Freelancing as a writer is perhaps one of the most well-known forms of being a freelancer, with the common image, reinforced by films, of a writer scribbling notes and ideas in a cafe or a park. However, as writers Egyptian Streets spoke to have experienced, being a freelance writer is far more internet research than romanticized writing in coffee shops.

In the third edition of Egyptian Streets’ Freelancing Guide, writers, copywriters, and translators share how they got into the freelance market and what they’ve learned along the way.

I enjoy writing, how can I start getting paid for it?

Laila Said is a freelance multimedia journalist. She only started freelancing when she went to a workshop abroad that guided her in the freelance scene.

“I sat with 2 freelances who gave a seminar and this is what inspired me when it comes to recycling repurposing stories. For example, if you want to pitch an article about cats, you can sell it to magazines that talk about pets, animals, cat lovers, toys. You can repurpose a single article to feed all these categories, but each one has its own direction of the same topic. I can repurpose it with all these different angles, and it’s doable. Any topic I want really, I’ll talk about it, I can just direct it in some way to fit some sort of publication or publications that take in submissions,” Said tells Egyptian Streets.

Where do I submit my articles?

The idea is in the research, Said says. Researching publications that take freelance articles online and finding magazines that have deals with freelancers, she means.

“This doesn’t exist in Egypt. Publications take freelance articles, but don’t have the budget to pay them, so they’re considered guest writers. I think people are doing this the most in Egypt, self-publishing. This is how you can start having some sort of formal portfolio and links because people who take in freelances don’t only look for your article or you pitch, they care about your portfolio,” she adds.

How sustainable is this method?

“It is a hustle. It is constantly fighting over projects or job options on Upwork, Freelancer, and such platforms. There’s not a lot of available jobs, and it’s very competition-based. You have to hustle to get what you want and nag a client who has a million other applicants, so that’s the problem with freelancing. It’s really difficult to only depend on freelancing for money, it’s a hustle every day you have to look for more opportunities every day you have to check and recheck all the job postings,” Said says.

She recommends the many Facebook groups for freelance writers, content creators, and content writers where one may be able to find more work, “especially with COVID I think people are starting to let go of people and outsource freelancers.”

That sounds difficult, have you actually had any success with it?

“I contacted a travel blog that had reposted an Egyptian travel photographer’s post. I saw that they’re in contact with Egyptians so I contacted them and told them that if they’re interested we can make a whole Egypt section, a series of articles, or location guides. We agreed on a rate per word, and I published an article about Siwa with them,” she says.

What if no one writes back to me?

“You have to take it really seriously. It’s all about discipline. It’s all about forcing yourself to sit down and write something even if there’s no deadline, because sometimes you can just send the article prepared after you pitch it to someone. It all depends on your inspiration, if you want to write an article right away or if you end up pitching the article to many places and they don’t reply and you end up not writing it even for yourself. I think you have to pitch your articles as best you can and hope for the best, and if not, self publish,” she advises.

How do you get paid?

The measure is usually per word, Said says, and sometimes per hour of time spent on article.

“Sometimes they’re articles that are sponsored, so you or the publication come in contact with someone you want to promote through the article, and you tell them if they sponsor the article you’ll make them an advert and mention them in the article. This is how you get money more money out of it,” she says.

How much time does this all take?

“You have to work with your own schedule, making time for it every single day exactly like a normal day job. Usually, this is was what makes it much harder for people in general,” Said says.

Eman Magdy is a freelance translator, how she started was with a news agency that her colleagues were already freelancing with.

“I started through connecting with the people they work with, looked through LinkedIn at the company, looked at the people who work in the Egypt bureau and contacted them. That’s how I started. It took some time for someone to answer me,” Magdy tells Egyptian Streets.

She doesn’t freelance full time, though, and it’s only on the side of her work and studies.

“I get asked if I can translate at any time of day, but sometimes it’s not as feasible so I turn down some jobs,” she adds.

Jailan El Rafey does copywriting, translation, transcription, and editing, but works mainly with foreign clients, mostly in the US and the UK, and Australia.

How do I start as a translator?

“The most important thing is to build a big portfolio. At first, when you haven’t done any work for anyone you have to take jobs at low rates just to have something to show for the next client. Hopefully, this will not go for too long, but this is what I did when I first started. It also helps to always give yourself comfortable deadlines, because at first bardo you may not be able to tell exactly how much research a job will need,” El Rafey says

How do I measure my pay as a translator?

“If I’m translating an article that’s around 300 words, I usually get paid 15 USD. If the article is 500-600 words, it’s 40 USD. If I’m writing the article myself, it’s 50 USD. The company I freelance with has a rate chart depending on words, not per article,” Magdy says.

“Transcription is more costly because it’s very time-consuming, so it would be around 20 USD per 1 hour of audio. Translation largely depends on the type of text, if it’s technical, or if lots of research is needed. As for other types of jobs, it would usually depend on the client’s budget,” she shares.

So, is it possible to be a freelance writer in Egypt? The answer is yes, it is possible. However, most say not on its own. Unless the writer hits the lottery with high-paying gigs and critical connections, freelancing will have to be on the side of a full-time job. However, the more research, the more gigs, the more money to sustain one’s livelihood.

This article is the third in a series Egyptian Streets is producing about freelancing in Egypt. There are other articles for guidance on surviving as a freelance filmmaker as well as a freelance visual artist and designer. 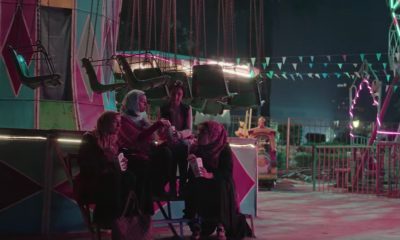 REVIEW: ‘Between Two Seas’ as a Theatre of Realism