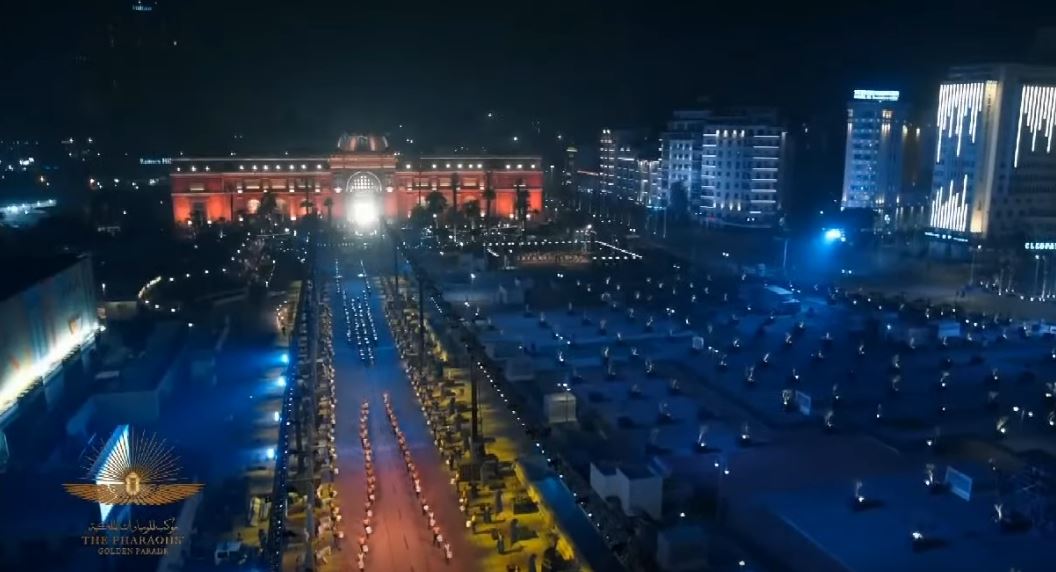 On the third of April 2021, the world watched as 22 mummies were transported from the Egyptian Museum in Tahrir Square to their new home, the National Museum of Egyptian Civilisation, in a glittering procession rife with colour, light and music. Here are some of the most memorable moments from the Pharaohs’ Golden Parade.

1. Tahrir Square glows blue and gold under the night sky, magically lit up by a group of children bearing lamps. 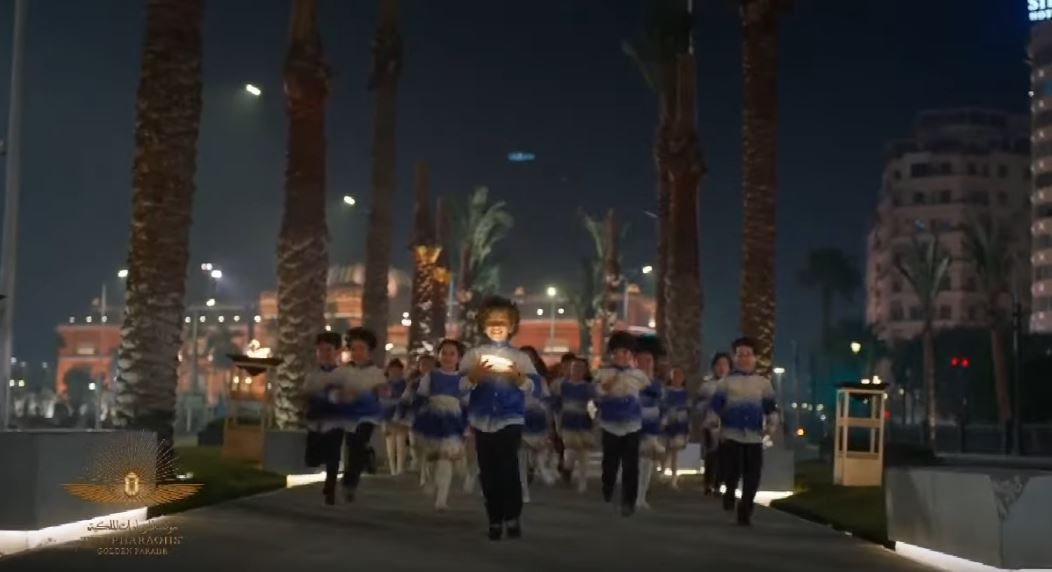 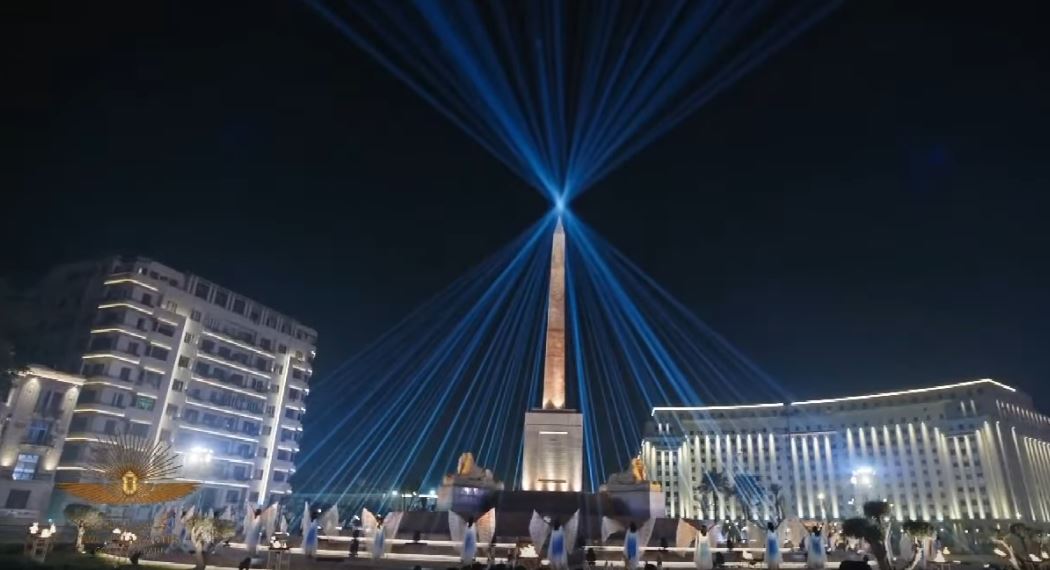 2. The symphonies of the United Philharmonic Orchestra conducted by Nader Abbassi grace the parade, later joined by the hauntingly beautiful vocals of Riham Abdelhakim, Nesma Mahgoub and Amira Selim. 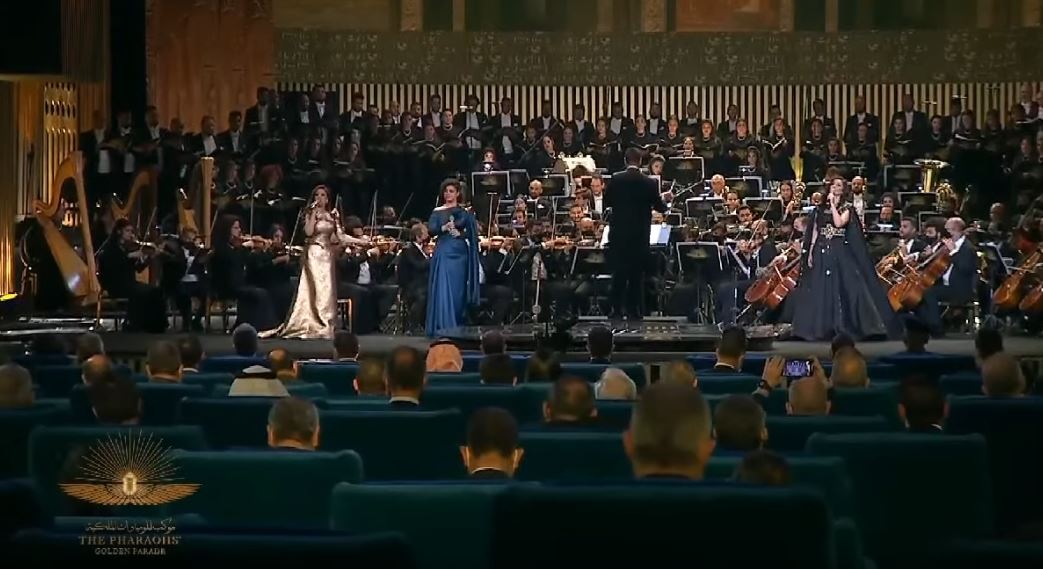 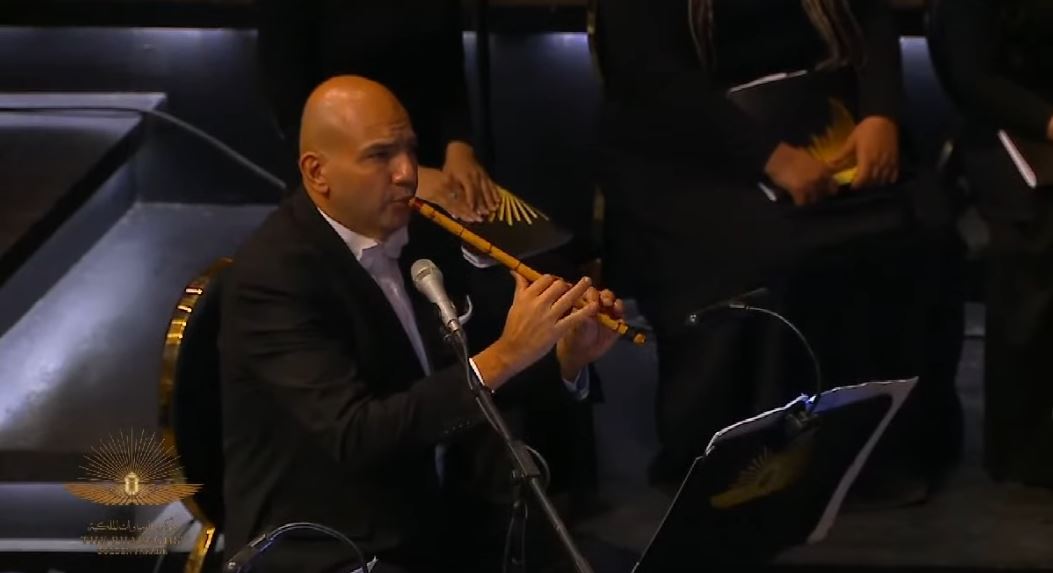 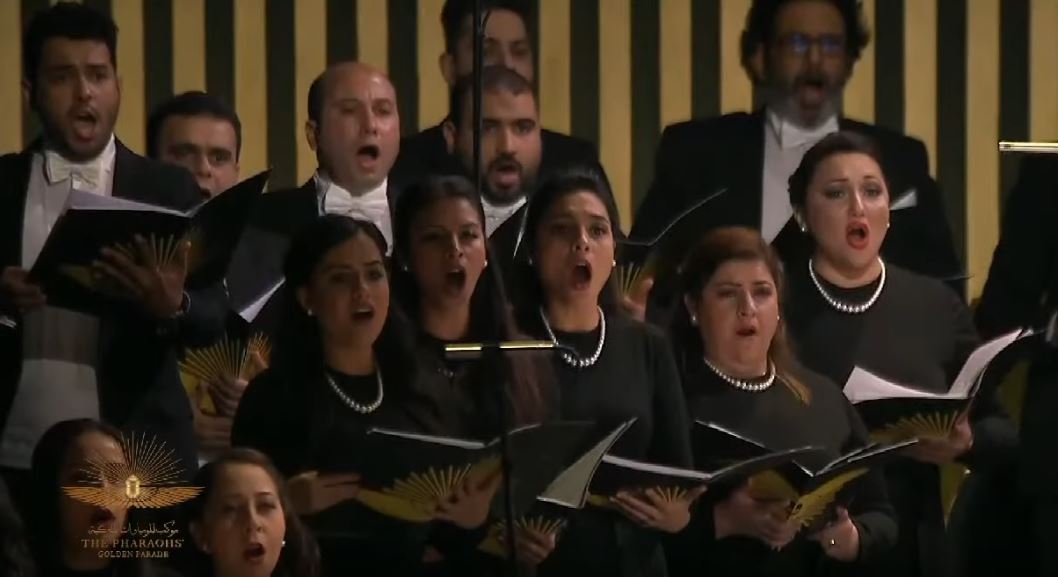 3. A coordinated display of men and women dressed in Ancient Egyptian attire march through Tahrir under the blue lights. 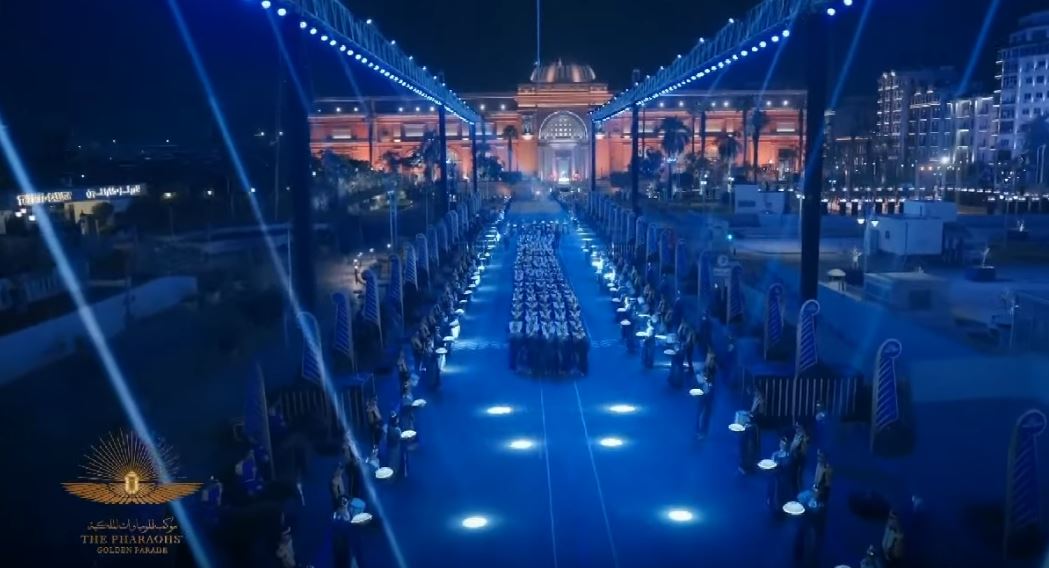 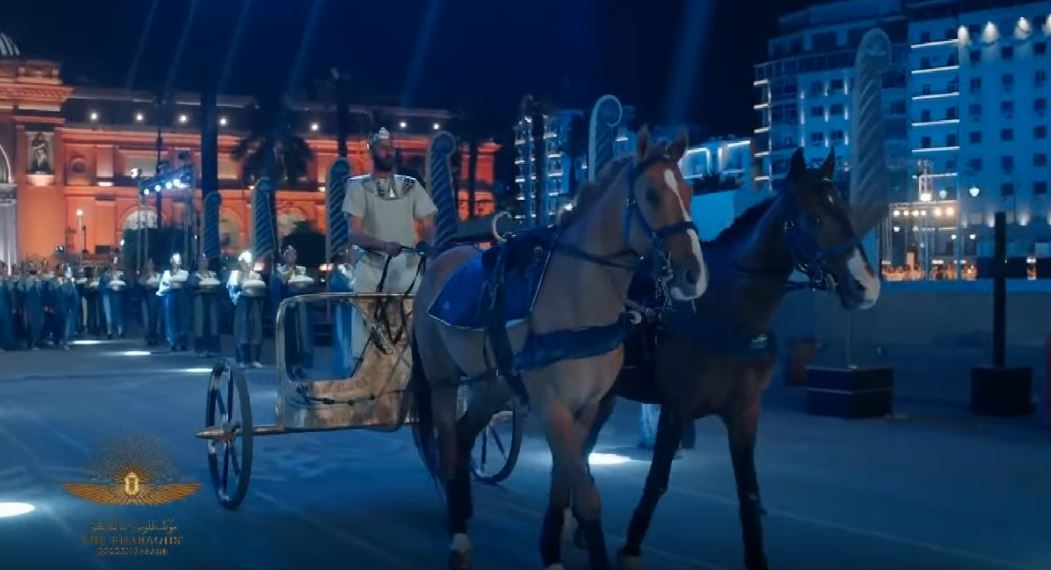 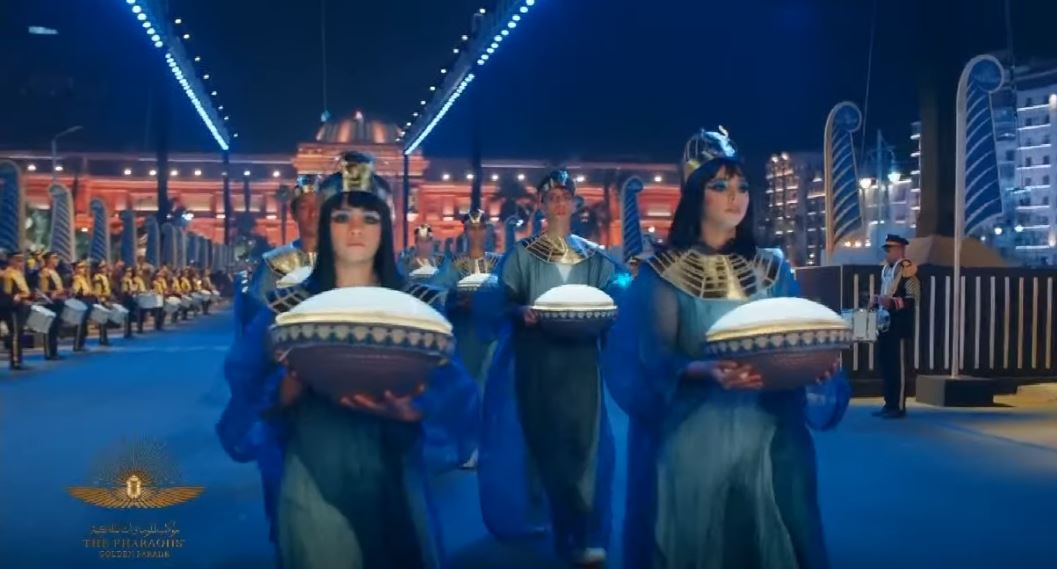 4. Footage of contemporary dance troupes performing in various ancient sites around Egypt, such as the Great Pyramids of Giza and Hatshepsut’s temple in Luxor, is interspersed throughout the parade 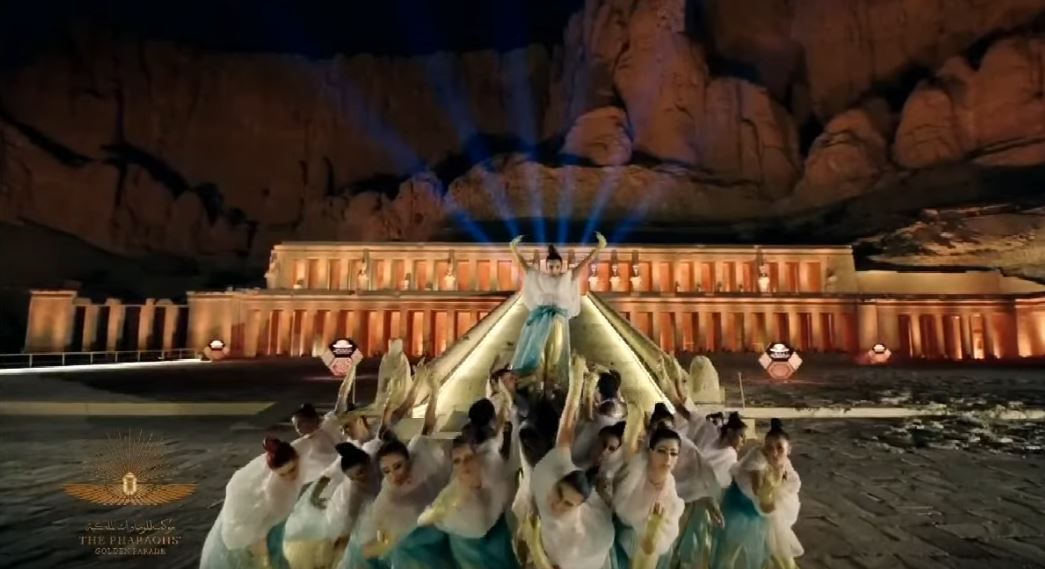 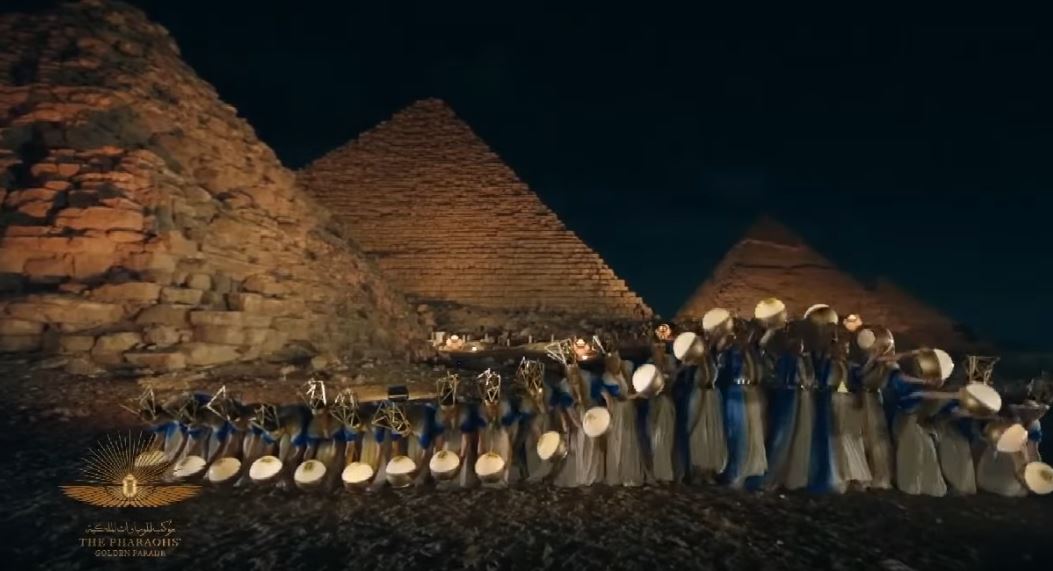 5. Golden decorated vehicles containing one of the royal mummies weave through Tahrir square, before making their way to the new museum. 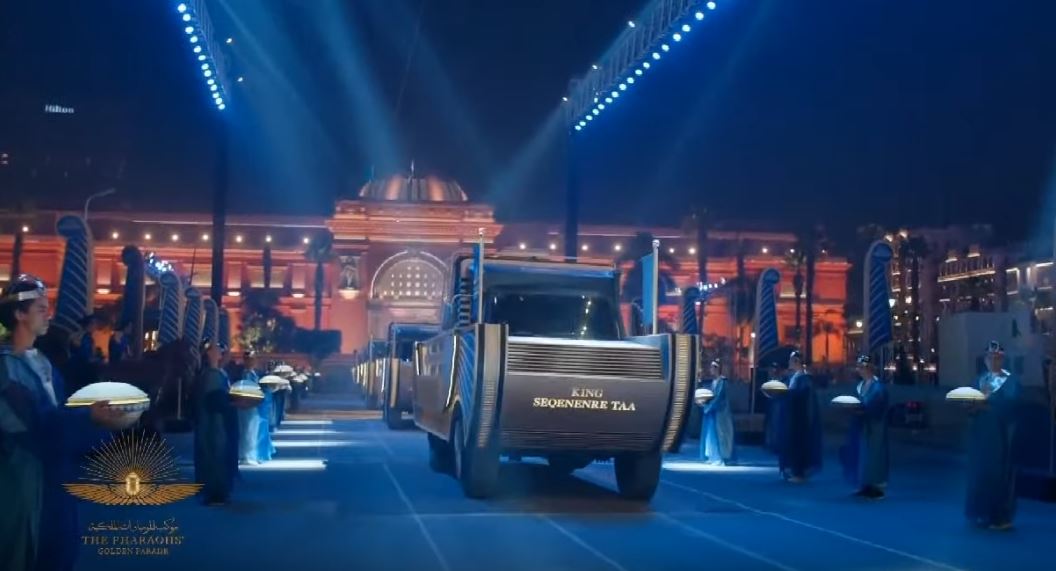 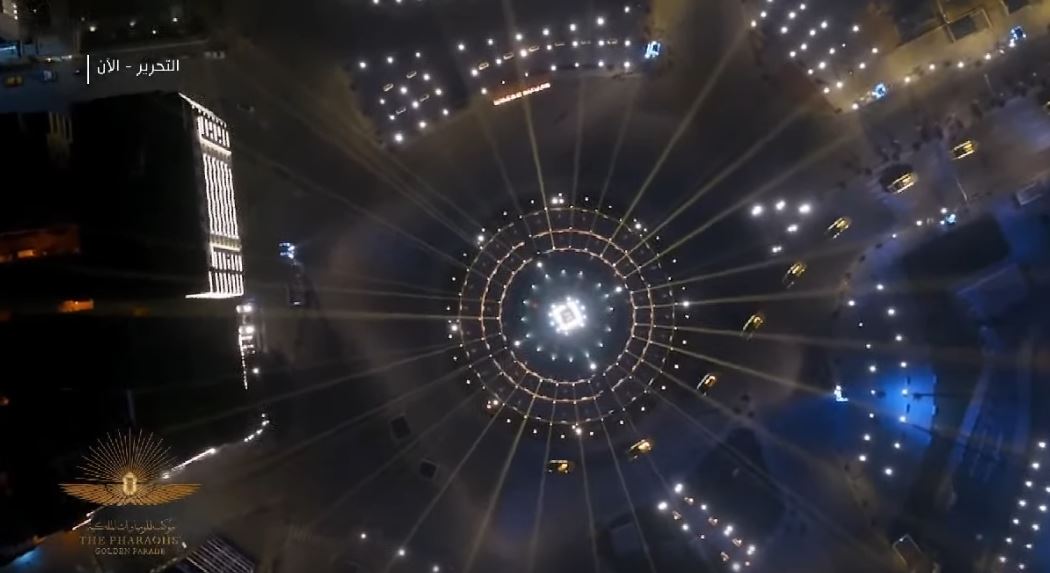 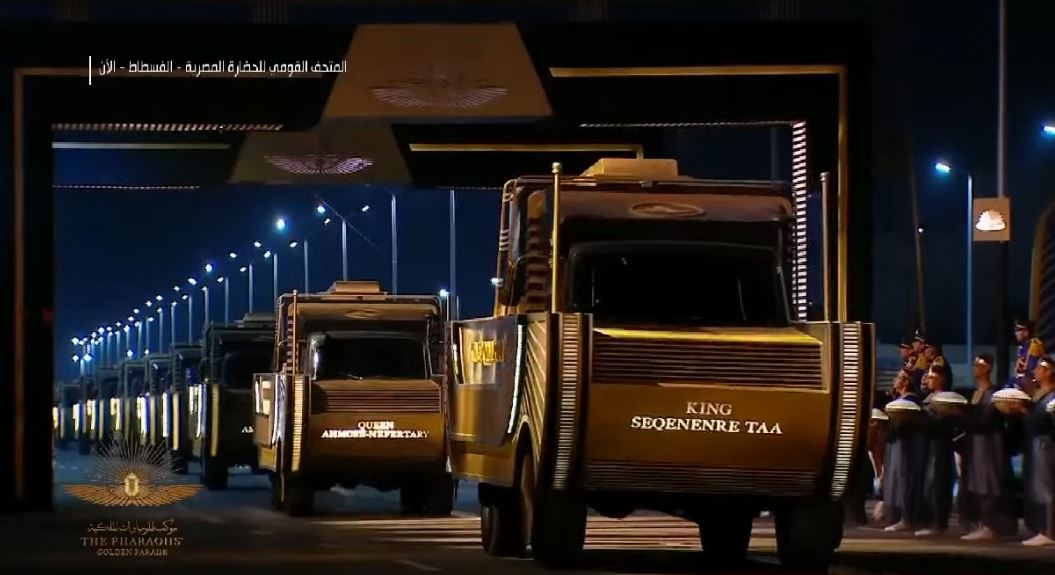 6. The National Museum of Egyptian Civilisation is illuminated by a display of small boats, on one of which sits Yosra, who later performs. 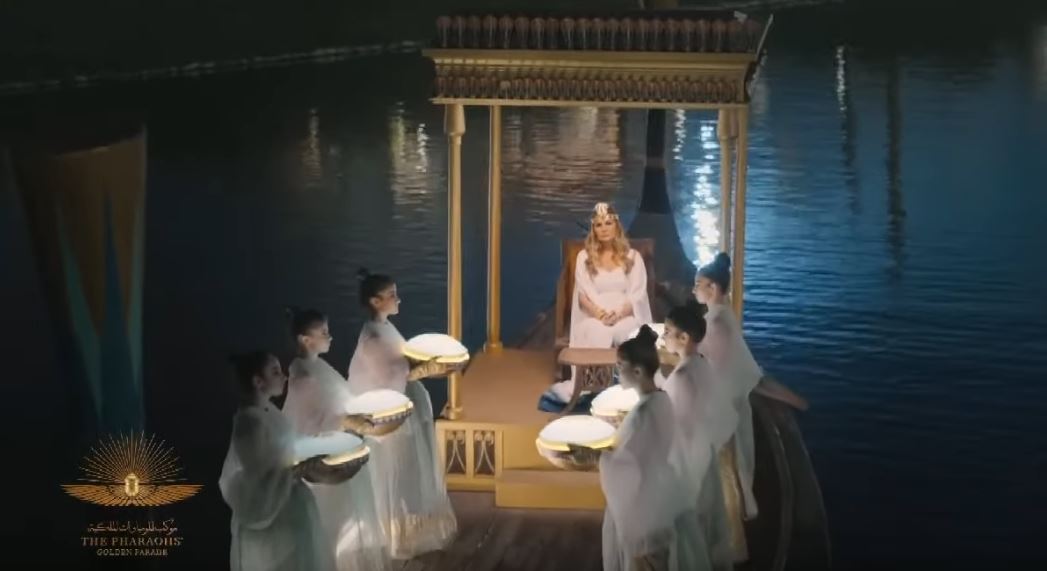 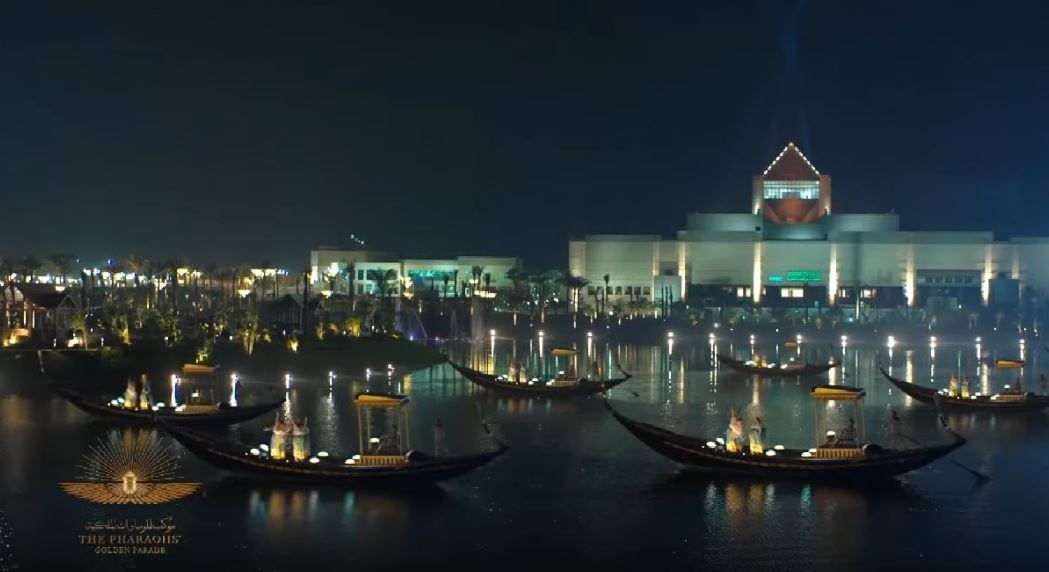 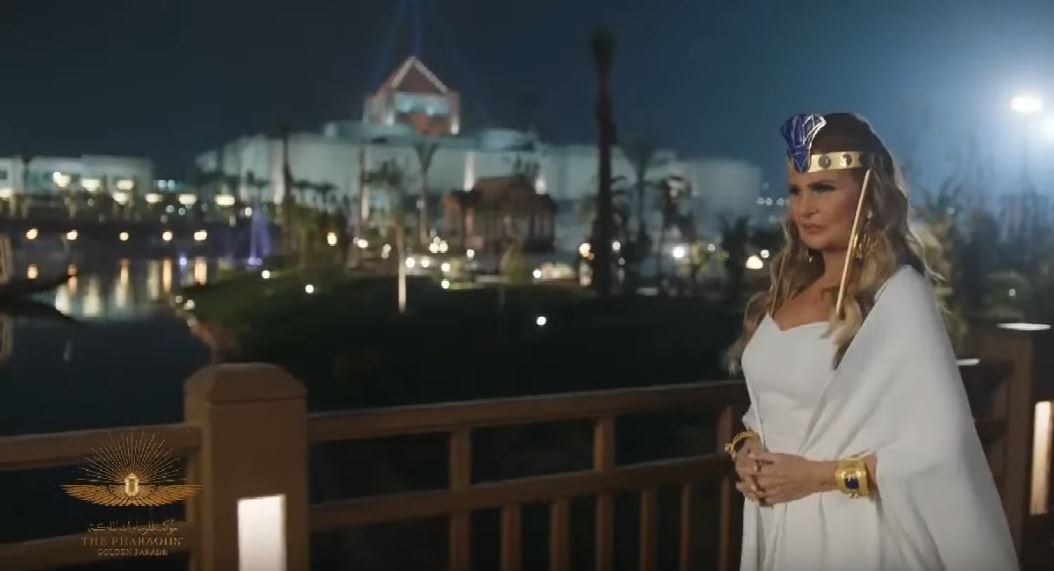 If you missed the livestream, the full ceremony can be watched here or below.