Egyptians Share the Weirdest Fun Facts About Their Pets 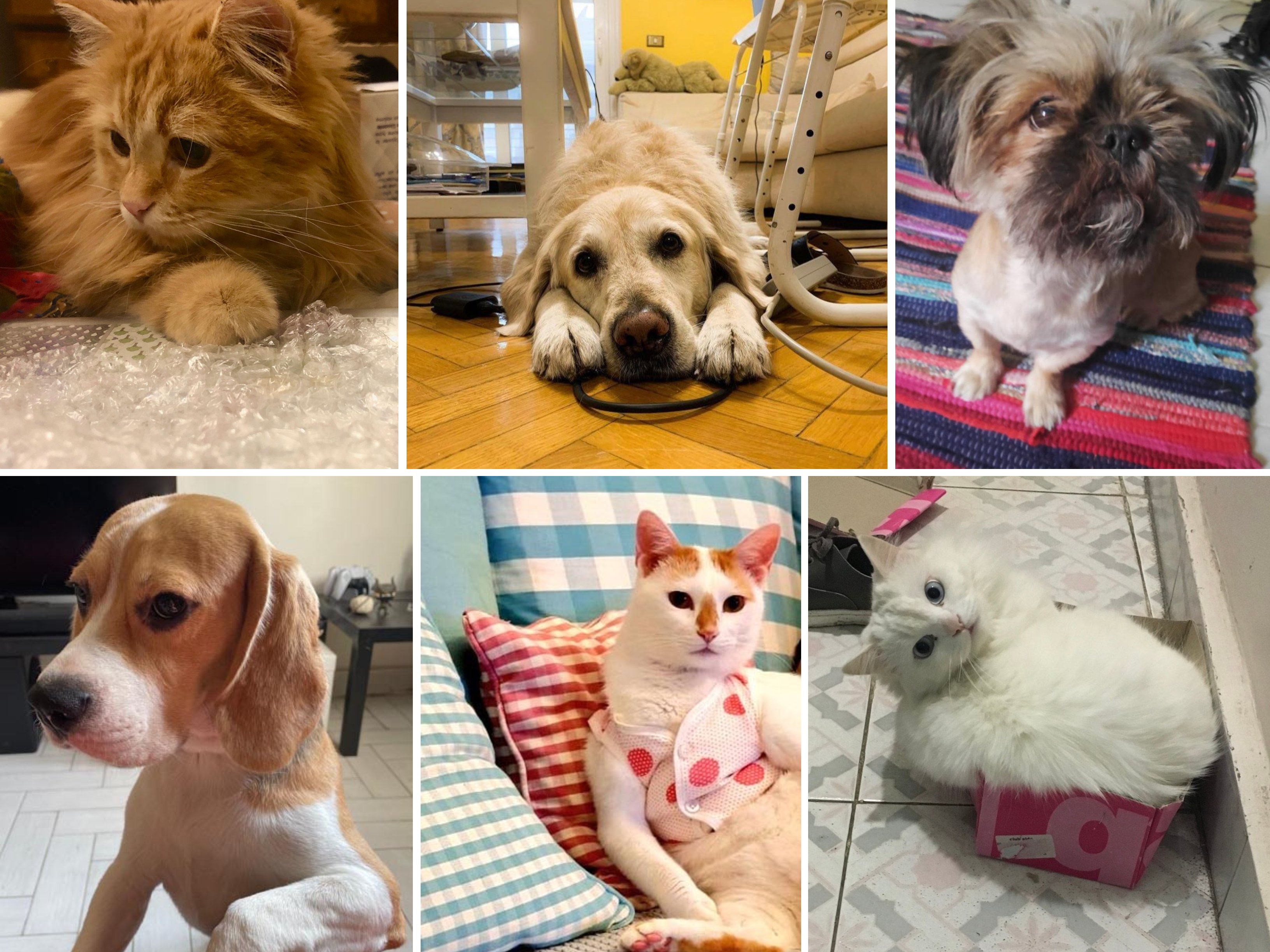 Any person who’s had a pet can affirm that animals have their own personality traits and quirks, just like humans. Watching our pets’ personalities develop as they grow can be a truly fascinating and enjoyable experience.

My cat, Nimliss, loves music and always tries to sing along whenever I belt out another song from Hamilton the musical. He starts following me around the house, meowing with the lyrics and purring like there’s no tomorrow. After much observation, I’ve concluded that his favorite track from the musical is Satisfied.

Every house lucky enough to have a pet has a million stories similar to this one, which is why I took to social media to ask Egyptians about the weird quirks they noticed about their pets, and their responses did not disappoint.

Some pets have human-like tendencies…

“Lolita doesn’t eat unless we’re standing beside her bowl, she even goes to us – mainly my mom – and keeps meowing till she takes her to the bowl (which has the food inside it already) and my mom just stands there till she’s done eating. She even wakes us up only for that purpose. I find it more human about her that she only eats when there’s company and hates eating alone unless she’s starving. I find that both strange and cute!” – Sara Abo ElKassem, 29

“Oscar is Oscara’s father. He raises her as a single cat dad and they come and go together all the time. Except ever since she was born he’s been looking more and more stressed as if he actually puts a roof over her head and feeds her (he does not, I do) but I appreciate the performed fatherhood of it all.” – Nour Sherif, 22

“My bird Terter loves his mate Tara so much that he won’t groom our third bird Tete or let her near him when Tara is around so she doesn’t get jealous.” – Mahmoud Khattab, 30

“My mother always says that my cat, Bosy, is more of a wild animal than a pet. We once went to the vet clinic and she fought a whole mob of men on her own, literally scratching them and making them bleed because she was trying to defend herself. It got to the extent where the vet himself was scared of coming near her, and even when he gave her a drug to sleep, she was fighting him while she was half asleep. She is truly ferocious and wild.” – Mirna Abdulaal, 24

Some pets are obsessed with really unusual foods…

“A friend was eating pickles and Mansour came over to beg for food, so my friend put the pickles near his face to show him that it wasn’t something he’d enjoy and Mansour ended up gobbling it up – he loved it! That’s how we found out he loves pickles. We later found out that he loves mangoes too.” – Ziad Hisham, 25

“Beta loves pistachio shells; so much so that we can’t throw them in the trash because he hunts them out.” – Laila Hassaballa, 32

“We always catch Bahaa sneaking into the grocery shopping bags to eat the tomatoes and cucumbers. He loves watermelon too!” – Hadeer Aldoh, 31

Some are extra loving…

“Carrot Cake loves to sit this way when she’s tired or pregnant. My boy, Hossam, somehow knows when one of us just came back from the hospital and sleeps next to us to comfort us. Also, when I fight with my mom he comes and kisses me and stays until I’m done crying.” – Nadine Khaled, 23

“Dio absolutely LOVES it when I cover his face if he’s lying down on me. He will purposefully nudge at my hand and dig his face under it so that my hand is covering his face.” – Mary Aravanis, 28

“Panda, aka Fasfoosa, used to sleep in my hoodie pocket when she was a puppy. For some reason she also really hates people riding motorcycles or wearing galabeyas and tries to chase them.” – Ahmed Diaa, 30

Some have weird obsessions…

“Kenzy once stole a Nokia 6600 from a random guy in a suit who was petting her. She just put the phone in her mouth, ran to my dad, and dropped it on his lap with the guy running behind her…no idea why she did that, it was the only time.” – Khaled Halawa, 33

“Fuji is obsessed with light reflections but I recently learned that it’s not good for dogs to become so fixated on lights, so now I’m working on helping him get over that addiction. Some days he walks into my room and just stares at the wall waiting for any light and I have to distract him.” – Aya Zain, 29

“I honestly think that Pixel believes there’s another dimension inside pillowcases. He enjoys sticking his face into any pillowcase and then starts to howl. It’s hilarious because the sound is always muffled, I’m not sure if other dogs do this or if he’s just extra silly.” – Ihab El Shazly, 32

“When Sergeant Pepper was a puppy, he used to bite or chew on everything. We couldn’t even leave him in the same room as shoes or socks. But the two most dramatic incidents happened when my father once left a stack of work papers on the coffee table in the living room and we forgot to shut the door before we left. We came back to what was practically paper confetti. Another time, my cousin was visiting us abroad and he had a lot of money in his wallet. Not having met Sergeant Pepper before and unaware of his little quirk, my cousin put the wallet on a low table and left the room, again coming back to find money confetti.

Gratefully Sergeant Pepper kicked that habit a couple of years ago, and now at 10 years old, we can leave him in the same room with anything, really. He’s actually one of the sweetest and most well-behaved dogs I have ever met.” – Amina Zaineldine, 28

Most importantly, they continue to make our days a little brighter with their antics!

As for Zaghlool el-Geniena, I picked him up from the beach last year when I was at a hotel with my friend (he was a few weeks old). There was no litter box in the hotel, so that night he’d wake me up by meowing in my ears so he would cross the garage to do his business in a plant pot and come back. Each time I told myself that if he didn’t come back I’d understand, but he did.” – Cinderella Nabil, 37

Tamweely: An Egyptian Matchmaking Platform for Startups and Investors
MSN Messenger: A Nostalgic Look Back at a Staple of the 2000s

MSN Messenger: A Nostalgic Look Back at a Staple of the 2000s
Tamweely: An Egyptian Matchmaking Platform for Startups and Investors