Amuna Wagner
“Studio 88”: Where Cairenes Reimagine the Power of Art 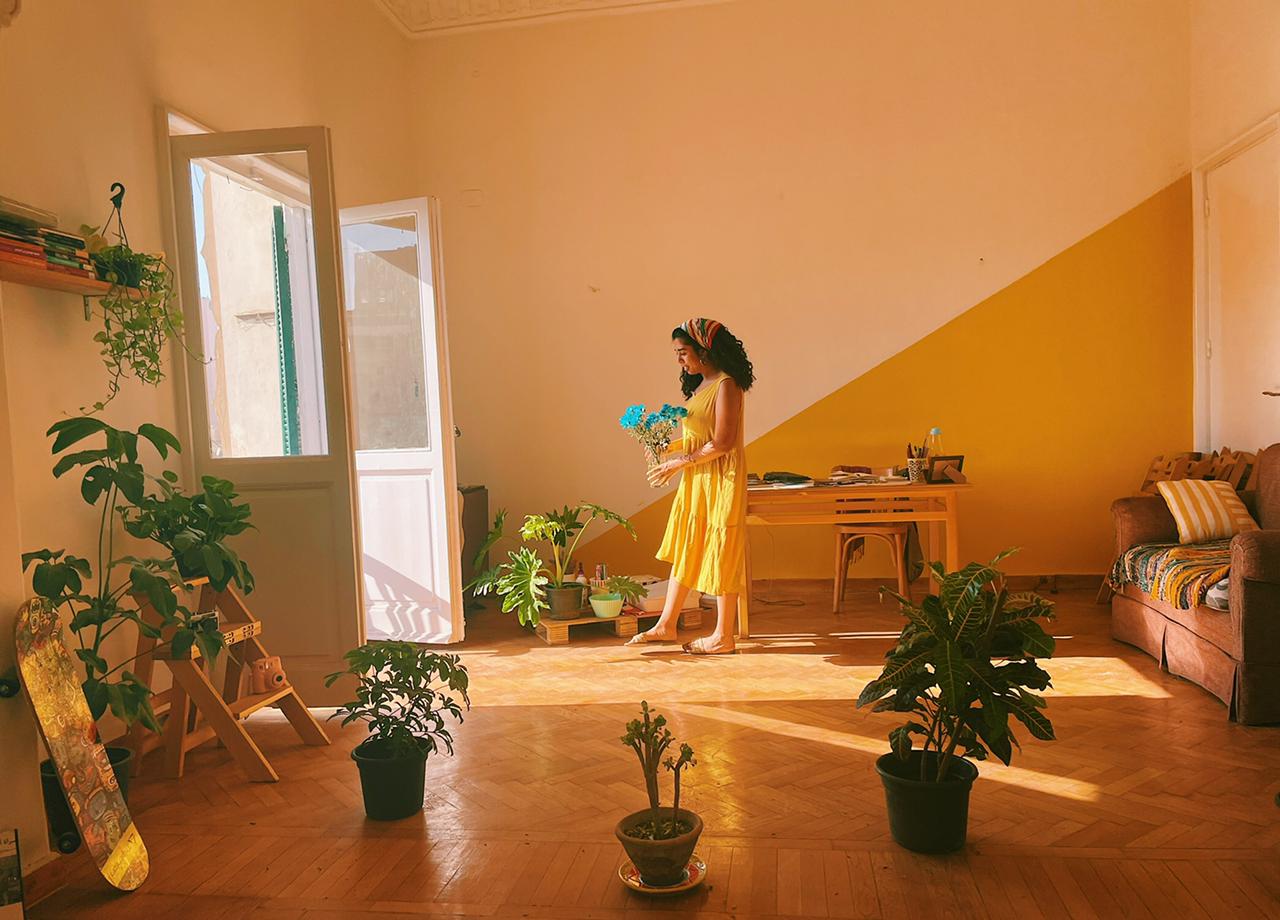 Somewhere in Garden City, overlooking the Nile and Cairene rooftops, three artists have set up a space to creatively reimagine Egyptian knowledge and society.

Farah Haballa, Halim Ramses, and Ali Zaraay call it “Studio 88”, or “a place where we draw” as they call it. They paint unusual images with and for those who try to make sense of contemporary Egypt through arts and culture.

Entering their space is like stepping into a parallel Cairo that offers you different lenses through which to look at the city. Their photography projects and workshops for visual anthropology and critical Egyptology invite for a do-it-yourself exploration of time and space.

How do the city’s enchantments help us question gentrification? What is Egyptian middle class identity made of? Do Cairene streets look the same to all pedestrians, or do maps change according to who is walking, and if so – why? Amidst plants and pictures of pop culture and political memories, these are some of the questions Studio 88 explores through workshops and film screenings. 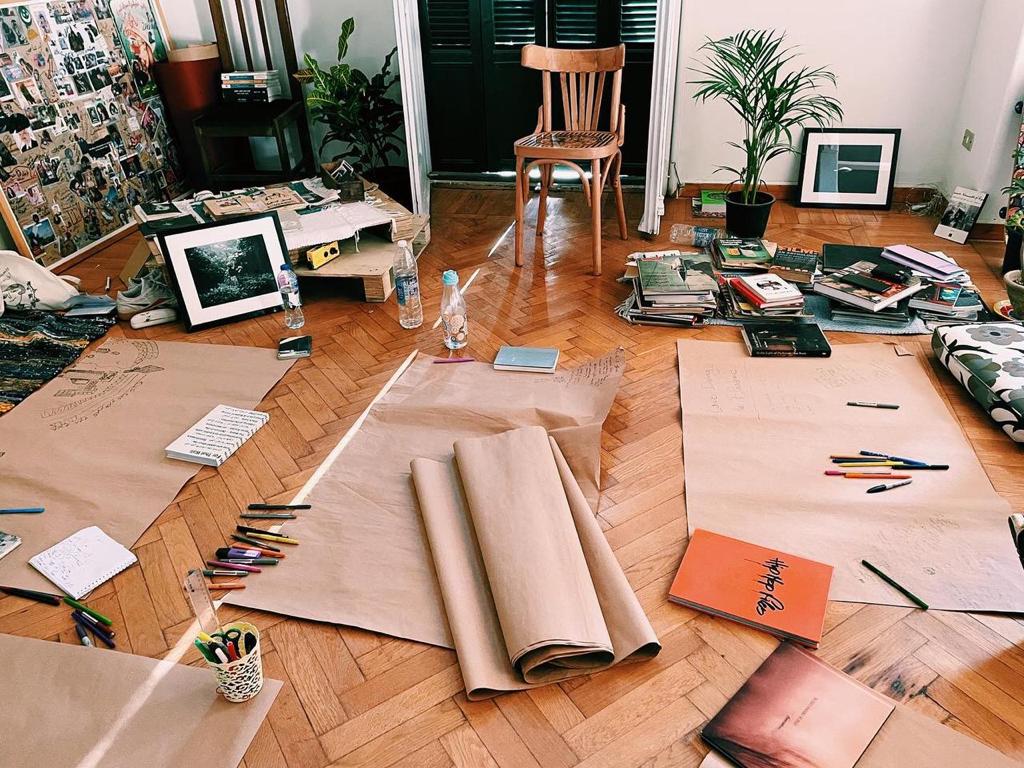 Farah is a cultural practitioner and teaching fellow at the Cairo Institute of Liberal Arts and Sciences (CILAS). She received a master’s degree in Anthropology and Ethnography, intrigued by its proposal to examine “what people do and why”.

During her bachelor’s degree, Farah had mostly studied through watching YouTube videos. Studying anthropology, she fell into a crisis, because all the internet had to offer was “white old men reading their paper for 1.5 hours”, she says. It was difficult to find alternative sources in English, and impossible to find anything in Arabic.

So, Farah decided to create her own YouTube channel Anthropology bel3arabi, to discuss the study of human behaviour in Arabic. Relating the topics of her lectures to Arab pop culture, she transformed her university’s Eurocentric curriculum into thought provoking analyses of time, class, and culture that are relevant to the Arab context.

In Studio 88, Farah invites learners to explore topics such as the Egyptian family or middle class identity through visual anthropology. She plays with stereotypes, asking provocative questions like “Are we 200 years back?” or “Are the poor poor because they don’t work enough?”

Mixing academic readings with field trips and mini-anthropological research projects, Farah has excited many who did not know that they would be interested in anthropology and visual storytelling. Her next project is a series of workshops on Egyptian migrants in the Gulf, based on the migration history of her own family.

Halim is a visual artist who is interested in critical approaches to conceptual art. Like Farah, he wants to overcome the separation between inaccessible academia and everyday life.

“In the process of doing art you have to make decisions that are based on your beliefs and we easily regenerate the violence we see uncritically”, Halim says. He wants learners to create new images and think about how art is used to tell certain narratives.

Halim has a love-hate relationship with Egyptology, and his own approach to history.

“When I look at Cairo, I see, amongst others, patriarchy, colonialism, and ancient Egypt moving around as spirits in the physical space of the city,” he explains.

“I’m not interested in stereotypes like the mother of the world or the cradle of civilization”, he says. “My history is not boring and not a museum, it’s vibrant.” He explains how Egyptology influences nationalism, tourism, or modern science. 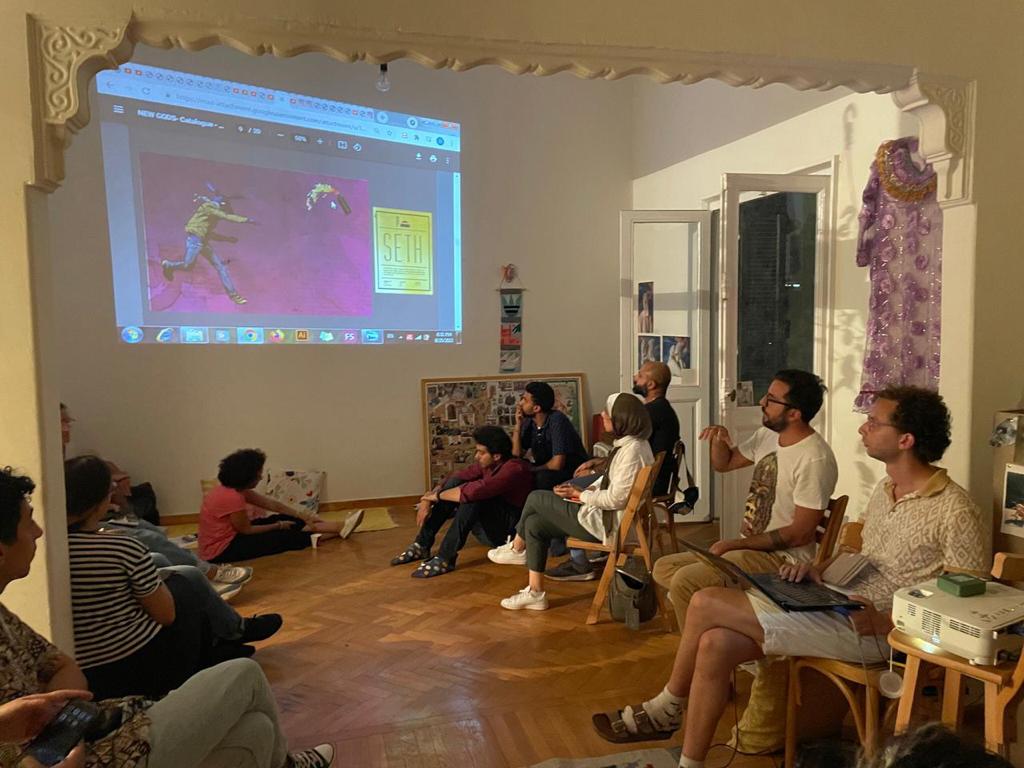 Reimagining Egyptology makes the case for a connected continuum that takes us around the world, tracing the “thousands of (hi)stories that were silenced for us to hear a certain story”. Halim’s course studies Orientalism, African-American Afro-centrist movements, the Egyptian revolution, even Sufism and chemistry.

“The present starts in the past and the future starts in the present. When we look at images, we relive the past. Why not imagine new possibilities?”, he asks with excitement.

Workshops are semi-private and donation-based. Farah, Halim, and Ali usually announce their events on Instagram. They will share details and locations with those who are interested directly. Meanwhile, the title leaves you with a hint.