Small in size, dog-like in only appearance: Egypt’s prized scavenger is a staple of many histories and a symbol of countless cultures. The jackal is prolific in the region, nosing into bedouin tents when the nights drag and unearthing bones with a devil-may-care expertise. Despite their sweet face, jackals are hardly harmless – which comes as no surprise considering later associations.

Topping the heads of countless deities in the Egyptian pantheon, the jackal made its way into folklore and mythology early on and remained throughout history as an iconic, unchallenged symbol of funeral.

These opportunistic predators were an identifiable symbol as early on as the Predynastic period (circa. 5200 – 3100 BCE), and relative to the regions they appeared in, they were associated with a wide array of gods. The golden jackal, the one locals and foreigners most associate with Egypt, is a small to medium-sized animal that inhabits the open savanna and desert landscapes. They grow up to 85 centimeters in length, weighing up to 14 kilograms and feeding largely on small animals and carcasses.

Despite its size, it’s a fierce animal; short- and sharp-tempered, dubbed the “grave-scavenger” in both academic and colloquial spheres. The jackal by nature is drawn to the smell of carrion, lingering near burial sites and the desert expanses closest to them.

Some argue that Egyptian jackals – golden creatures with reflective fur and a penchant for brooding- are not jackals at all, but “member[s] of the wolf family” given their unwavering, unhesitating nature. Its connection to the world of the dead, particularly the rotting kind, has earned the jackal its famous association with the Egyptian god Anubis.

Anubis was a jackal-headed god, venerated first as god of the dead prior to Osiris’ untimely murder. After restoring Osiris’ body, Anubis’ role orbited the embalming, mummification, and funerary rites of the dead. He is featured with onyx skin, dark and matte, in a nod to the decaying of the human body, as well as the deep black, fertile Nile soil: the color which bridges life and death. 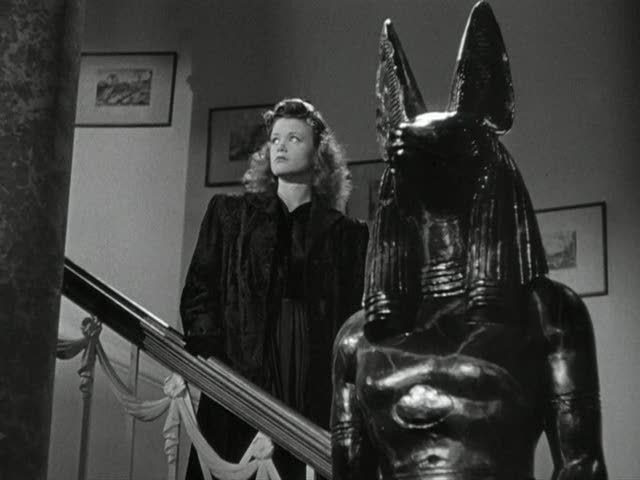 Today, the cults of Anubis are few and far between, but that has not stopped the jackal’s inevitable dovetailing into pop culture through the god himself. As one of Egypt’s most recognizable, near-infamous deities, Anubis has featured in both foreign games and local graffiti, showing up unexpected in the background of Hollywood blockbusters and symbology classes.

Much like Ra and Isis, Anubis is an unforgettable face – thanks, by and large, to the handsome creature whose face he possesses.

Jackals and their unique way of life “awaken imaginations in people.” Their struggle against the elements, their lonely, tooth-and-nail existence, reliant on no one – all of these placed together construct a divine image: one that does not seek admiration, but demands it.

Film My Design Festival Returns for Its 2nd Edition in January 2022
A Guide: Recognizing and Alleviating Anxiety

A Guide: Recognizing and Alleviating Anxiety
Film My Design Festival Returns for Its 2nd Edition in January 2022