The True Cost of Being Vegan in Egypt

Farah Rafik
The True Cost of Being Vegan in Egypt

What if we told you that there was a way you could go vegan without breaking the bank? There are many misconceptions regarding the true cost of following a vegan diet in Egypt, despite the efforts of nutritionists to promote it. In fact, eating a more plant-based diet is on par with advice stemming from the Harvard Medical School, and the World Health Organization (WHO).

The misconceptions surrounding veganism insinuate that it isn’t a sustainable lifestyle to adopt are more widespread than the truths.

“There are many misconceptions about plant-based diets because the concept is new and people usually refuse what they aren’t accustomed to,” Yasmine Nazmy, nutritionist and author of ‘Happy Belly,’ explains to Egyptian Streets.

Nazmy believes that the key to following a vegan diet is to get closer to nature, which means stepping away from complex industrial products. Oftentimes, and as per a growing trend of meat and cheese product analogs, vegan products can be more detrimental than beneficial as per a 2021 study by WHO; indeed, ultra-processed foods pack increased sodium, sugar, and saturated fats.

Following veganism is a lifestyle not fit for all. For those who choose to commit to it, many aspects need to be considered. It is essential to learn about your body before switching your lifestyle completely.

“I started listening to my body. My hormones were messed up, and when I went vegan, my hormones were happy, and there were no imbalances,” Malak Sekaly, a certified health coach, tells Egyptian Streets.

Sekaly adopted a plant-based lifestyle when she began learning more about her body. Prior, she experienced stomach ache flares and outbursts that left her in extreme pain. Slowly, she began identifying what triggered her upset stomach. As she started eliminating certain foods, she began feeling healthier and more nourished.

What you put on your grocery list will determine how much your lifestyle change will cost. Nazmy underpins three crucial points to consider if you choose to adopt an affordable vegan lifestyle.

The first point is that although eating plant-based will often mean eating more significant portions of plant protein, it can usually cost less than regular diets. The second is that it is more sustainable to shop locally sourced options. The last point is that it is always best to stick to homemade meals. It is thus advisable to make your dishes from scratch, with local and seasonal products, as opposed to imported ones.

Similarly, Sekaly believes in adopting an affordable lifestyle to help your body flourish. She highlights that a significant factor in the misconceptions about following a vegan diet is that all foods need to be substituted with a vegan option.

“The substitutions, such as vegan cheese and plant-protein burgers, are usually really expensive. Rely instead on veggies, potatoes, and plant protein such as beans and lentils,” suggests Sekaly.

Recently, vegan products have started appearing in Egyptian supermarket shelves, namely Violife and Good Earth. Faux meat products, such as Beyond Burgers (around EGP 800) and sausages (approximately 185 EGP) are also gaining popularity, used in restaurants as alternatives to meat-based dishes. .

While there is a clear difference between Egyptian analog products and imported ones in terms of price, veganism remains best practiced when based on whole, fresh produce, namely grains, vegetables, and fruits.

Sekaly notes that to live an affordable and nutritiously rich life, there needs to be awareness. She states that unaware people tend to lean more towards the easy, often more expensive, options. She believes that having the will and motivation to constantly research is the secret to living a healthy lifestyle. 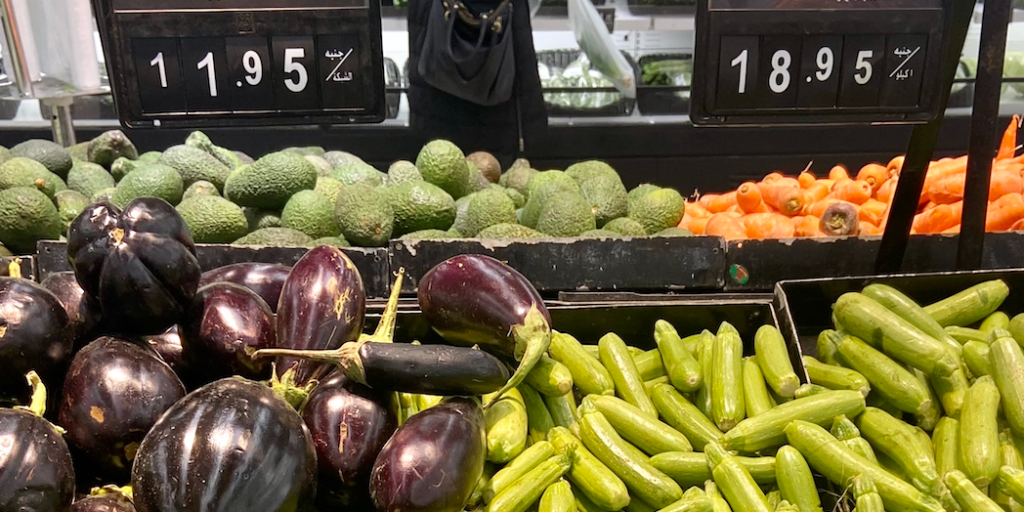 Core ingredients such as root vegetables, raw nuts, seeds, and organic greens help maintain a healthy and affordable lifestyle. Nazmy stresses that “what you avoid is equally important, such as […]packaged foods, soya, palm, sunflower, and corn oil, and bleached (white) flour, are all terrible for your organs.”

Local supermarkets have a wide range of vegetable and organic green options that are really affordable to incorporate into your diet. Root vegetables, such as beetroot EGP 18, potatoes, and sweet potatoes EGP 5.96/1KG, are very accessible and affordable. Zucchini (EGP 18.95/1KG), eggplant (EGP 11.95/1KG), and peas (EGP 15.95/1KG) are also really important to integrate into a plant-based diet because of the nutrients they offer.

Moreover, in Egypt, vegetables and fruits can be bought for less from the local fakhani (fruit seller) or khodari (vegetable seller). For those unsure of the quality, Egypt’s numerous organic farms offer produce without chemicals and pesticides, albeit at a heftier price. 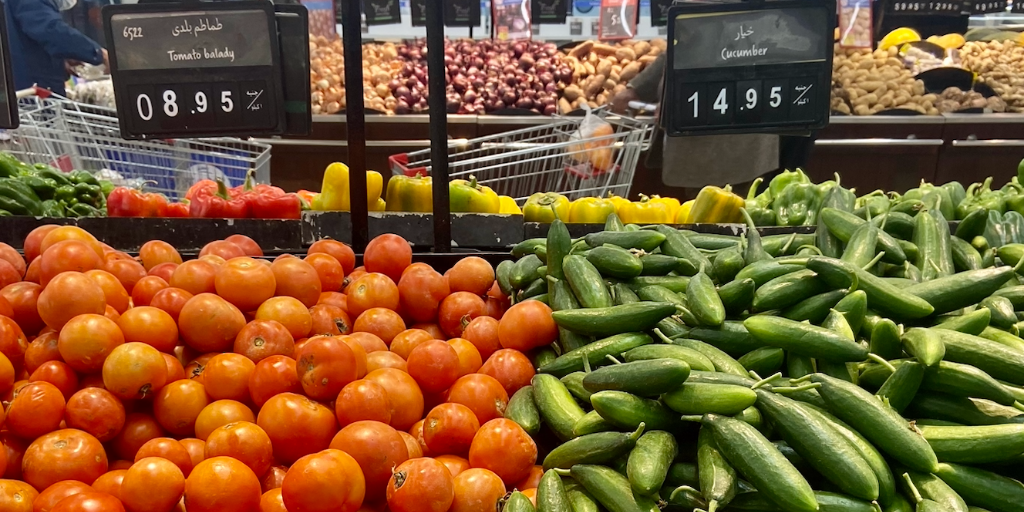 The reality of following a vegan lifestyle in Egypt is a spectrum running between two extremes: costly and consuming, or sustainable and affordable. The key to knowing the true cost of veganism lies in understanding the body’s wants and needs, and accordingly, making the change.

The Story of Qibṭī: Remnants of the Coptic Language in Egypt
A Subterranean Cosmopolitan Past in the City of Alexandria

A Subterranean Cosmopolitan Past in the City of Alexandria
The Story of Qibṭī: Remnants of the Coptic Language in Egypt