All Spice and Everything Nice: Egypt’s Famous Herbs and Spices

Farah Rafik
All Spice and Everything Nice: Egypt’s Famous Herbs and Spices

Egyptian cuisine is a wonderland of sensation, infused with rich aromas that elevate every dish. Whether in the alleyways of Cairo’s vibrant Khan El Khalili or in Luxor and Aswan radiant streets, Egypt’s spice bazaars display a rainbow of pungent spices and herbs that are treasured in every dish.

Spices have been around Egypt for centuries. The ancient Egyptians’ use of spices was quite different from the modern use of spices.

Academics and scholars speculate that spices, along with palm wine, may have been used in the funerary treatment of the diseased, most notably cinnamon and cassia. Although it is uncertain, John W. Parry also suggests the use of anise and cumin, as well as sweet marjoram, in his article ‘The Story of Spices’ in 1995.

“The spices first used in the mummifying process may have been anise and cumin, and perhaps sweet marjoram,” writes author John W. Parry in his article ‘The Story of Spices’ in 1995. “Later, when cinnamon and cassia found their way into Egypt, these two barks were among the chief embalming spices.”

Egyptians were adamant to keep control of the important and highly profitable spice trade. Skillful traders and excellent merchants, Egyptians have opened their kitchens to the blissful spices and sensuous herbs. Here are some of Egypt’s finest touches.

Eman Selim, Egyptian food enthusiast and cook, explains that cumin, black pepper, chili powder, and dried coriander are the most common spices in any Egyptian household. Selim suggests that these four ingredients have been the core staples for the longest time. Any other spice is foreign to us Egyptians, she explains.

Considered one of the oldest spices in the world, Cardamom or habahan, is a spice made from the seed pods of the cardamom plant. The spindle-shaped pods are used for cooking savory and sweet dishes, as well as spicing coffee and tea in Egypt. The pods have antiseptic properties and can help boost metabolism. Cardamom is used in Egypt’s staple Eid dish, the Egyptian Fattah.

Cumin is one of the most loved spices in Egypt. Rich in its earthly and strong flavor, cumin is a dried spice found within a fruit from the Apiaceae tree. Egyptians use cumin for spicing salads, fish, fuul (fava beans), and many more meals. Cumin is one of the main ingredients in Egypt’s favorite spice blend, the dukkah.

“Cumin is one of the most famous spices in Egyptian kitchens,” says food blogger Maya Rakha. “It is used in a lot of Egyptian dishes for its flavor profile, like fuul, lentils, koshari, and many more.”

Infused with mint and fruity flavor characteristics, cloves are an important asset to many Egyptian dishes and can be used in home remedies as well. It is one of the ingredients that is used in the bohar spice mix, also known as Egyptian curry, which consists of ginger, cinnamon, rose petals, and cardamom.

Cinnamon is one of the most flavorful spices that could elevate any dish or drink. Cinnamon was consumed in ancient Egypt for culinary, as well as medical purposes. Parry explains that, “cinnamon formed part of the aromatics used by the Egyptian queen, Hateshepsut, some 3,500 years ago.”

Cinnamon is often added to the heartwarming winter drink that is sahlab.

Black cumin, also known as black seeds or nigella seeds, dates back to ancient Egypt, as remnants of the black seeds were found in King Tutankhamun’s tomb. Notably called the ‘gold of the Pharaohs,’ black cumin is a multifunctional spice.
Not only does it add a warm and spicy note to Egyptian dishes, but it is also found to have healing properties. Applied externally, black cumin oil is used for skin care, including neurodermatitis, acne, and other skin problems. Ingested internally, its beneficial ingredients, vital vitamins, amino acids, and minerals help boost our immune system.

While Egyptian kitchens could often be diverse in their spices’ collections, black pepper is ultimately one of the most important features in any kitchen. Pepper also dates back to ancient Egypt as it was found in the nostrils of Ramses II, one of the greatest Pharaohs to rule Egypt from 1297 to 1212 BC.

Most Egyptian dishes aren’t spicy; however, Egyptians surely do enjoy a kick of chili powder in some dishes such as fuul, koshari, Alexandrian liver, and many more.

A popular herb in the Egyptian kitchen is used in different ways. Egyptians use fresh coriander in salads for its lively, citrusy flavor. Coriander seeds, dried and ground, have warmer citrusy notes and are ideal with meat, sauces and vegetable marinades. Dried coriander is a main ingredient in preparing Egypt’s heavenly dish, the molokhiya.

Aniseed, or yansoon as it is called in Egypt, is a popular ingredient in most Egyptian households. Anise belongs to the family of parsley, and is related to caraway, cumin, and dill which are all common herbs and spices native to Egypt. Yansoon is believed to have a soothing effect on bronchial and throat infections as well as digestion.

“The most esteemed anise was that of Crete, with Egypt supplying the next best in quality,” says Parry. Similarly, caraway seeds, often called false aniseed, is a herbaceous plant that is grown for both its seeds and leaves, just like green anise.

Bay leaves, or laurel leaves, is an essential ingredient in many classical Egyptian dishes. The delicately fragrant leaves add a flavorful spice to seafood dishes marinating stews and soups, as well as poultry and meat dishes.

Hibiscus is one the most popular drinks in Egypt. Grown in hot weather from the hibiscus flowers, the vibrantly-flavored drink can be served hot or cold. Hibiscus also has varying health benefits as it can fight off infections, is a valuable source of calcium, vitamin C and mineral salts, and can aid in balancing blood pressure.

As avid drinkers of tea, Egyptian tea-enthusiasts enjoy adding mint to their cups of tea as well. Mint is also added to the iconic yogurt salad, salatet el zabadi, which is an essential side to Mahshi Waraq Enab.

While neither a spice, nor a herb, garlic is still an indispensable and versatile carrier of flavor used in many Egyptian dishes, as Rakha adds, “garlic is a vegetable per se, but it’s mostly used as a herb and spice. It is the base for almost all of the foods that we eat.” 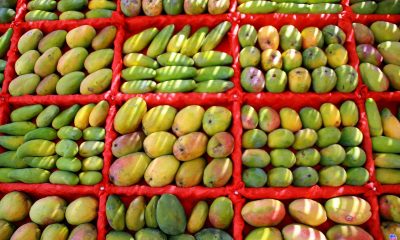 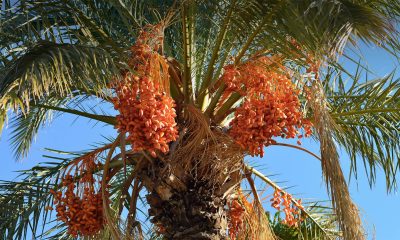