The Nile is Egypt’s central artery – for centuries it dictated the fine lines of life, defined those of death, and rewritten dreams of rebirth with each cycle. From antiquity, the Nile’s symbolism has hinged on the backbone of its importance, slowly cementing its existence as part of Egyptian experience. To many, Egypt exists only due to its river, but despite this romantic vision of agricultural prosperity and sustained aesthetic beauty, the Nile posed its own risks, its own fickle tendencies.

Flooding has been cause for concern in Egypt since its founding. Prior to the conception of the Aswan High Dam in the 1960s, the Nile was prone to flooding annually, drowning fields, homes, and entire fragments of society in the process. While it would deposit necessary nutrients for the growth and sustenance of farmland, it would also directly cause food shortages and famine until the water’s inevitable retreat.

Egyptians needed to find a solution – and they did.

The vision of Nilometers was born: a mechanism that measured flood levels so that “dykes, levees, and canals could be prepared accordingly” in order to decrease subsequent damage. For nearly five millennia, nilometers were Egypt’s finest creation for gauging the river’s natural temperaments. The feat was so impressive, that Roman and Arab leaders used it as a way to “impress the common people” with detailed, otherwise unseen insight. 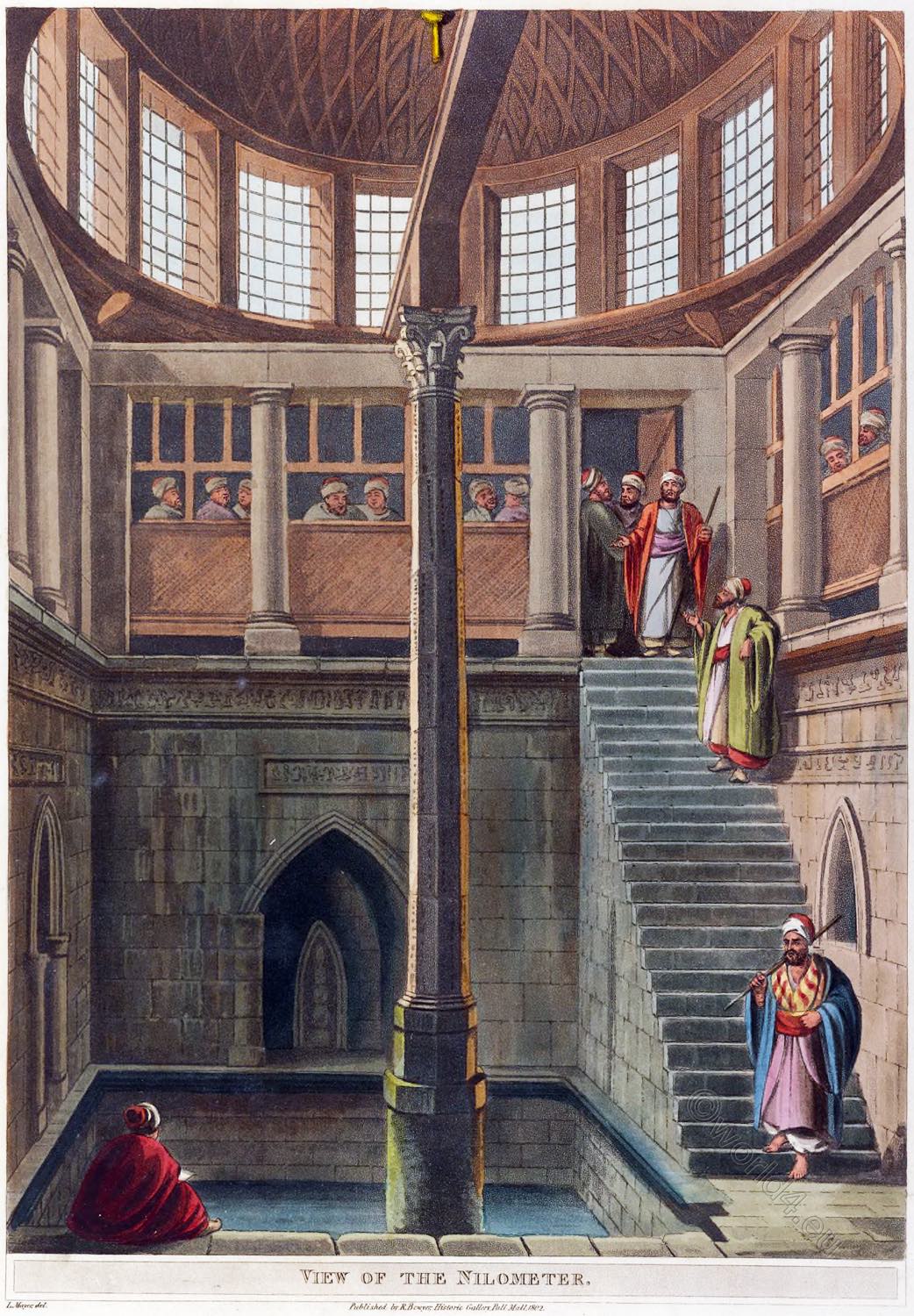 The most famous of Egypt’s nilometers is found on Rhoda (or: Rawda) Island in Cairo; this large structure consists of a marble column and a well, where priests, kings, and those with weighty authority could monitor the movement and water-levels of the Nile. Built on the orders of Abbasid Caliph al-Mutawakkil in 861 AD, it is considered the oldest in Egypt and still survives in its original form.

The Rhoda Island nilometer is a function of “a marble octagonal column 19 cubits in length in the middle of a stone-lined well that is rectangular at the top, and circular at the bottom.” It was inspired by a design by Al-Farghani, a renowned astronomer of the Abbasid court.

Along the walls are hand-etched Quarnic texts, dovetailing themes of water and vegetation, prosperity and mathematics. Most nilometers were built within temples and places of worship, bringing full circle the symbology of the Nile and the new function of its tools.

While the use of nilometers in Egypt has been rendered obsolete by virtue of the Aswan High Dam, there still remains elemental heritage within these monuments; a way to understand the past through the present, and perhaps, a way to revere the uncontrollable forces of nature from afar.

Egypt: An Ancient Source for the Emerald Jewel
Bringing it Home: Humans of Upper Egypt Exhibit in Luxor

Bringing it Home: Humans of Upper Egypt Exhibit in Luxor
Egypt: An Ancient Source for the Emerald Jewel