In Photos: Portals of History, the Gates of Cairo

Farah Rafik
In Photos: Portals of History, the Gates of Cairo

A city for the victorious, Cairo was built with a defensive wall in 969 AD by Gawahar al-Siqilli by order of invasion from the Fatimid caliph Al Muzz Li-Din Allah. In 1092, the Fatimids built a second wall around Cairo, and the double walled city had a significant number of gates at the portals, in hopes of protecting both the inner and outer city areas.

The gates, or Babwabat, were adorned with artistic elements and embellished with decorative features that spoke stories of victories, power, and influence. Their splendid designs were influenced by the Fatimid gates in Tunisia, evidently in the main gate to Mahdia.

The gates were initially built to provide a point of controlled access – they served to provide defense, security, health, trade, taxation, and representation, and were correspondingly staffed by military or municipal authorities.

The gates of Cairo acted as main entrances to the city. Here are only four of the many gates that existed in old Cairo. 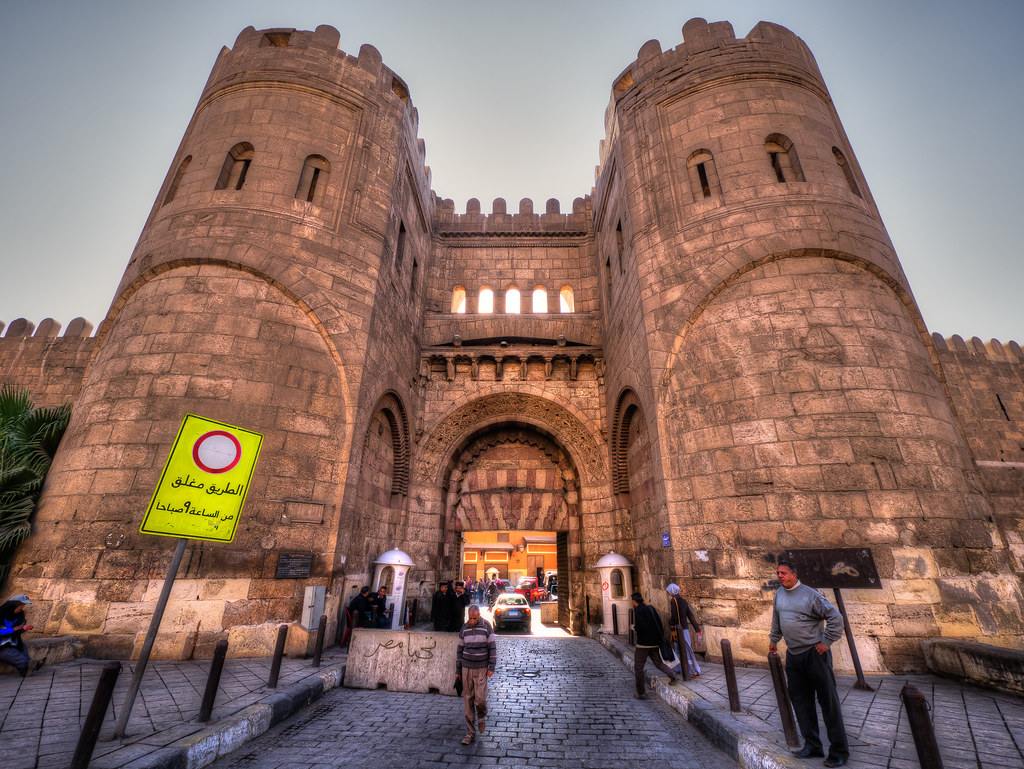 Built in 1087 AD, Bub al-Futuh, or the Gate of Conquest, was built by Badr al-Din al-Jamali. The gate exists next to al-Hakim Mosque in al-Jamaliya. It consists of two large rounded towers, and each tower has two chambers, one for defense and the other for observation. The entrance is knotted with a semicircular arch in the middle.

Constructed in 1092 AD, Bab Zuweila is named after the al-Zawila tribe, a Beber tribe whose Fatimid soldiers were quarter closely. Located in the south of Cairo, the gate stands as an icon with its two rectangular towers and two adjacent openings. Bab Zuweila is considered to be Cairo’s most infamous gate because it was the main platform for execution, where the severed heads would hang from the walls of the gate.

In 970 AD, Bab al Nasr, or the Gate of Victory, was constructed by Gawhar al-Siqilli under the reign of caliph Muizz. Located near the Khan al-Khalili market, the gate was renovated by Badr El Gamali in 1085 and is considered one of the last standing Islamic monuments.

Bab al-Wazir, or the Minister’s Gate, is one of the last standing gates in old Cairio. Built in 1341 AD by a vizier of Sultan Negm el-Din Muhamed,, the gate stands out due to its unique architectural splendor. The gate is also a part of a fence built mu the Mamluks, who ruled Egypt for nearly 300 years, has been restored varying times since its construction. The gate was bulldozed in 2013.