It all started on 21 March. As the Arab world prepared to celebrate Mother’s day, Egyptians woke up content, ready to honor mothers and maternal figures in their lives. To the surprise of many, however, it had not panned out as a day of celebration but as a day of panic. The Central Bank of Egypt (CBE) announced the devaluation of the Egyptian pound by 15 percent, with EGP 18.1 for buying and EGP 18.2 for selling, down from EGP 15.6 and EGP 15.7 respectively the night before.

After public speculation and circulating rumors in Egyptian streets, the CBE confirmed people’s fear in an unannounced move, attributing its decision to global inflationary pressures, the Ukraine war, and the repercussions of the COVID-19 pandemic.

Although the country is still grappling with a vulnerable economy, this unexpected hit comes six years after the currency float in 2016, which reduced the Egyptian Pound’s value by almost 50 percent against the United States Dollar as part of the country’s economic reforms.

Following the Russian invasion of Ukraine, the Egyptian economy had continued to suffer, as both countries are considered Egypt’s biggest suppliers of tourists, and its top two importers of wheat.

This created a ripple effect in the economy, forcing prices to soar. Those particularly feeling the pinch? Egypt’s soon-to-be wed.

How did this affect the 103 million-strong population?

Engaged in May 2021, Bishoy Sabry, a senior operations agent at a real-estate company, and his fiancée, had initially planned to get married by September 2022. Today, they hope to get married in April 2023.

“It was a joint decision. We decided that it’s more important for us not to lose our peace by constantly trying to keep up with the price hikes. We realized that we will do what we can, and leave the rest in God’s hands,” Sabry tells Egyptian Streets.

Whether it was the furniture, the electrical appliances, or the construction work for his apartment, Sabry complains the prices differ by the day, and that the couple can barely keep up.

As part of the finishing work on his apartment, Sabry was initially told the aluminum work for two windows would cost him EGP 4,000 (USD 213). Today, it will cost him approximately EGP 6,800 (USD 363).

“Two wooden windows were for EGP 2,000 (USD 107), today they cost EGP 3,400 (USD 181), that is without calculating the extra money that I’ll be paying to the carpenter himself, other than the glazing of course.”

Since Sabry was still working on the final stages of the construction of his apartment, from flooring and painting, to facing and plastering, he had no way of buying the furniture early on, which is now about double the price in most stores.

In Egypt, cultural traditions stipulate that couples prepare every bit in their new home, from appliances to furniture, while steering clear of rentals.

“I don’t understand the reason for these constant price increases. I feel like traders take advantage of the situation and keep increasing their prices. Many appliance stores claimed that the products were out of stock or unavailable, so they can sell them later for higher prices. We’ve been witnessing unjustified greediness from the traders and absolutely no reaction from the government to put any limits to their actions,” Sabry argues.

Taking initiative, 33-year-old Sabry approached the Egyptian Consumer Protection Agency (CPA), who he recounts were professional and prompt in their communication. However, their answer was that they had no directives for implementing a forced pricing policy to date.

Having said that, Sabry is not the only groom struggling.

Together with his fiancée, 26-year-old mathematics teacher Nora Atef, 29-year-old accountant, Bvnoty Yacoub, was also forced to postpone his wedding plans for several months due to the rising prices in Egypt.

“We got engaged in February 2022, and we were planning on getting married in October 2022. Now, we are just hoping we get married by May 2023, and hopefully not postpone more than that,” says Yacoub. “The budget that we have was going to cover our expenses, but now it definitely won’t.”

Cost-cutting and reduction of expenses

Recently, Al Azhar Islamic Research Academy launched “Li Taskono Ilayha” (To live in tranquility with them), an initiative that calls for saving the costs of marriage.

The initiative addresses engagement, preparation for marriage, and marriage itself, and ways to cut down on expenses throughout these phases. In addition to its recommendation of canceling travel abroad for honeymoon and canceling the wedding photo session, the initiative advised families to agree on the shabka (a gift from the groom to the bride, traditionally a gold set, and most recently a diamond ring in some cases) according to its value instead of weight, and to postpone purchasing unnecessary furniture items.

“We initially planned to travel abroad for our honeymoon, and we still want to, but we don’t know what the prices will be like closer to our wedding date, and whether it’s going to be feasible for us to travel out of the country or not,” adds Yacoub.

Furthermore, many couples have started to reduce the number of products they choose to buy, postponing or disregarding inessential purchases.

“Although air conditioning (AC) is a main appliance in most homes nowadays, we decided we can buy a fan instead, and upgrade to an AC later on when we have fewer appliances to buy,” says Sabry.

Similarly, Yacoub and Atef chose to postpone purchasing a few items that they considered unnecessary, such as the children’s bedroom, the microwave, and the AC.

In addition to buying their wedding dresses, most Egyptian brides are expected to buy new clothes, lingerie, and loungewear prior to marriage.

In the past few years, many brides began resorting to renting their wedding dresses instead of buying them due to unattainable prices which can see certain gowns reach up to EGP 55,000 (USD 2,931). Shops offer numerous renting options for brides, such as first use, where the bride is the first to rent it, and second use, where the dress has been rented before. This is usually the most cost-efficient option.

In Atef’s case, after one stroll in a few wedding dress shops, seeing the prices, she helplessly decided to “just leave it for now”.

It is popular belief that most Egyptian parents often prefer not to prolong the engagement period, limiting it to a maximum of one year, as they assume that the longer the engagement, the more room it leaves for problems to form between the couple and their families.

“My mom didn’t want our engagement to last longer than a year, but after she witnessed what has been happening, she understood that we have no other option,” explains Atef.

Unfortunately, the current circumstances have forced many young couples to delay their wedding plans, all while hoping they can still eventually get married.

“We love each other so much and we can’t wait to get married, but money is our main obstacle,” concludes Yacoub. 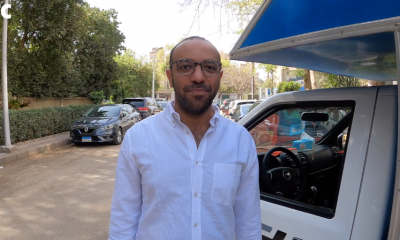 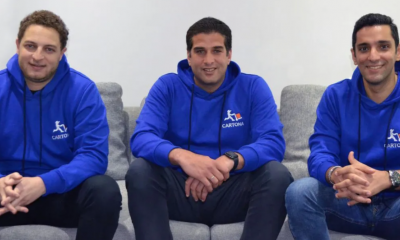