Spreading a fascination with culture, instilling a passion for adventure, and embracing diversity: these are the reasons Hanya Seleem mentions when asked about the inspiration behind Hobos Magazine, a children’s fantasy-adventure comic book.

Seleem, 25, is a designer and illustrator. Alongside writer Esraa Hesham, the two embark on an ambitious trek to breathe life into their dynamic, diverse set of characters.

Available in Arabic and English, Hobos targets a young audience of six years old and above.

Hobos is described by its creators as “a magazine for young travelers,” and it follows five children, Benjie, Daria, Jameela, Luca, and Maria as they journey across the Earth in an attempt to save the mysterious parallel universe of the Wooland, and reunite its three regions of fire, forest, and ice.

In each edition, the five main characters, who were magically transported to the Wooland, find themselves back in a new country in the real world, with a daunting task to complete. Throughout, they discover fascinating people and places, some of which Seleem herself was first exposed to while traveling with AIESEC, a non-profit youth organization offering global exchange programs, as a volunteer in India and Turkey.

“A huge part of what came to be Hobos is inspired by my own love of travel, but also getting to actually live out the normal, everyday lives of the local people,” Seleem explains. “I would finish work for the volunteer program in the morning, then go out at night, and come back to stay with a host family or in crowded apartments with other volunteers.”

The Hobos themselves are deliberately brought together from diverse areas of the world, and could not be more different in personalities and interests. 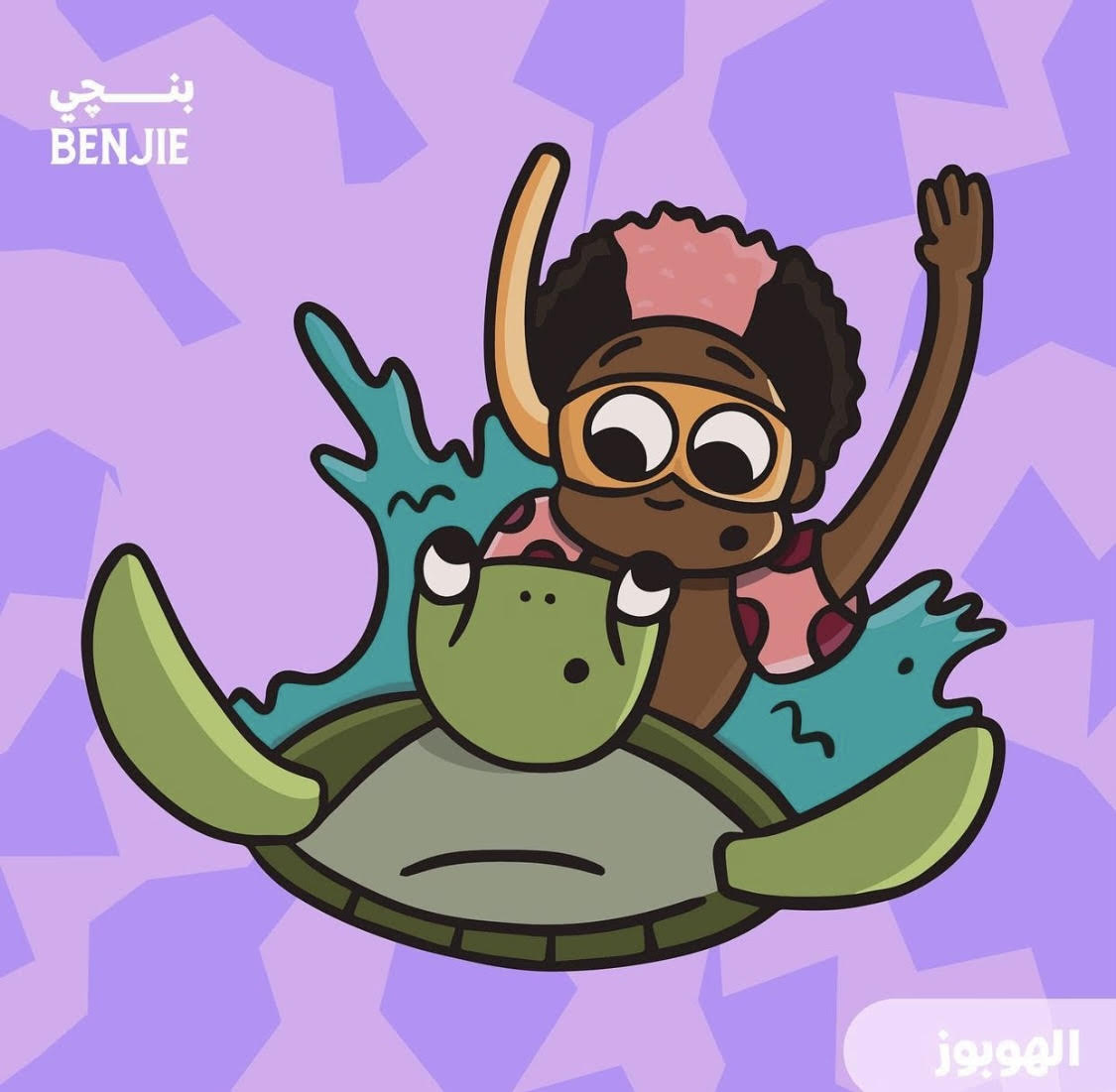 For instance, Benjie, the daring joke-cracker with undiagnosed attention deficit and hyperactivity disorder (ADHD), is from Ghana. His polar opposite is Maria, their serious, detail-oriented planning expert and fearless leader who has no qualms about giving lectures on proper organization.

The group also includes the “girly girl” designer and fashion-enthusiast, Daria, who hails from Russia and happens to be colorblind. On the other hand, Iraqi Jameela, the trivia-obsessed and competitive class nerd, cares very little about clothes and more about books. Finally, there’s Luca, the talented but easily frightened, sensitive Italian chef who wears his heart on his sleeve.

All characters are partially based on friends and acquaintances of Seleem.

“We had to change the names and genders for a few of them but, for example, Benjie has the exact same mannerisms and disposition as the person he was inspired by, and I think that makes him automatically more real and relatable to a lot of kids,” Seleem explains.

She elaborates that she chose the nationalities and personalities she did due to the importance of inclusivity. Something she first grasped fully while working in Turkey with people from 16 distinct nationalities on the same volunteer project.

Seeing how their individuality amplified the results of their work, Seleem thought of how essential it is to send this message across to children, whom she believes to be more open to ideals of mutual acceptance.

Hobos was thus created to be her medium of communicating the relevance of inclusivity, and the steps for achieving it. Children, in Seleem’s view, should be introduced to other cultures, traditions, and personalities, enabling them to comprehend, acknowledge and even celebrate the existence of those dissimilar to them as they start to appreciate their differences.

“Once you have this knowledge [that individuals are different but as compelling], you’ll be able to embrace others,” she continues. “By doing so, you can create a stronger, far more complementary and harmonious team capable of doing anything. Rescuing the universe is possible if we cooperate to defeat its evils. That is what I want our readers to understand.”

Another choice Seleem stressed was the ratio of two boys to three girls. Not only was it a tactical move to prove to parents that young girls are capable of travel and independence, but with the headstrong Maria as team’s leader, Seleem proves that girls can be assertive and intelligent without the negative connotations often associated with those traits.

Wooland and Metaphors for Reality

The Hobos’ mission is to save the Wooland realm. This adventure acts as a metaphor for the issues the real world is facing today, and has faced in the past. Emulating the realistic struggles over territory and strategic energy sources, which have caused hatred and led to war, she hopes to give children an early clue as to how to overcome them.

“Wooland represents Earth on a smaller scale, and it hints at all that’s happening in the world from greed, uncooperativeness, and hatred in a simplified way,” Seleem explains.

“The goal was to show children how acceptance, inclusivity and collaboration, not hatred, selfishness, and greed, can make us reach a world of goodness and beauty as we defeat the forces of evil that threaten us even in real life.”

Through her depiction of the forest leader’s uncontrollable greed which leads to the destruction of Wooland’s nature and the destitution of its people, Seleem indirectly references those who refuse to concede to their contribution in worsening social disparities and driving severe climate change.

Facing Challenges and Hoping for Rewards

Hobos as a concept initially started out as one of Seleem’s projects while she was still a student at the German University in Cairo (GUC). The initial magazine project featured no comics, and was done hurriedly. After visiting Turkey, Seleem wanted to transfer her newfound realizations to those capable of easily absorbing the values she had learned.

Her first challenge was to adapt a new format suitable for the idea. She resorted first to a style similar to picture-books in 2019, but eventually paused the project altogether. When the COVID-19 pandemic hit, providing her with seemingly endless hours for work, Seleem restarted the project in July 2020.

Alone, Seleem managed to finish the stage of character building and struggled with a reason for the Hobos to meet. Enter Hesham, who had previously commissioned Seleem to illustrate her graduation project, also a children’s book.

“Esraa is very creative, hardworking, and an incredible addition to Hobos. Once she came in, we communicated so effectively that we became in sync and started coming up with better plotlines, trying to avoid cliches and such,” Seleem praises.

The second challenge for Hobos was limited time and the difficulty of production. With only one illustrator and one writer, both working other jobs, and no publisher, finishing new editions on their initial, self-imposed deadlines to mass produce proved to be a difficult task.

“Since our team is small, originally only two, it felt like a race against time to put out the issues on time.” Seleem says. “Production was a challenge. We had to find somewhere to print with high quality and sensible prices, which was almost impossible.”

Their team has since expanded, with Moroccan Hajar Ouhsine joining on as their translator and Arabic editor when parents at earlier stages of production asked for a version of Hobos in the native language. Translating into Arabic, a language natively-spoken by 360 million people worldwide, enabled them to tap into a wider audience.

Seleem and Hesham’s dream is to eventually build a base of readers similar to Maglet Mickey (Mickey’s Magazine), which was first published in 1959. They also hope their project becomes as popular, influential, and long lasting.

In a market segment overcome with digital media, the Hobos team attempts to attract audiences by adding QR codes to help children read more on the captivating monuments and neighborhoods the characters visit. Games and puzzles such as crosswords, word searches, and mazes have also been added to the issues to gravitate more readers.

For Seleem, one of the most valuable rewards that come out of this project is the creative freedom.

“As someone who loves to have their own style, I love that I am not restricted by anyone else’s vision of how the characters or the settings should look. That’s why it’s also very fulfilling regardless of if we sell a lot or not,” Seleem elaborates.

The joy she finds in parents and children remembering Hobos and reaching out, asking for new issues, is far more rewarding.

“At our first booth at Cairo Comix festival, a family came up to us and were very enthusiastic as they remembered us from a social media group. They were looking for new issues. It was far more heartwarming than we expected, and even more so when we sold out all the issues at that time.”

In the long term, Seleem thinks the rewards will transcend earnings, ideally in the form of making a difference for children, positively affecting their lives, stimulating, and encouraging them.

“When we got feedback from a nine-years-old girl who was inspired by us and started writing her own comics, we knew there was no topping that,” Seleem beams. “That is what we want for Hobos: for children to be inspired by it even in ways we did not account for or anticipate. I really hope we can do that for our readers.”

From an idea floating around the head of a young art and design undergraduate to a physically printed comic in the hands of dozens of children, Seleem maintains that this is just the beginning.

While the magazine is still in its infancy, with only two issues published, she expects to release upcoming editions on a quarterly basis. Hobos’ third issue is set to be available at bookstores by September 2022. Meanwhile, a fourth is already in the production and illustration process.