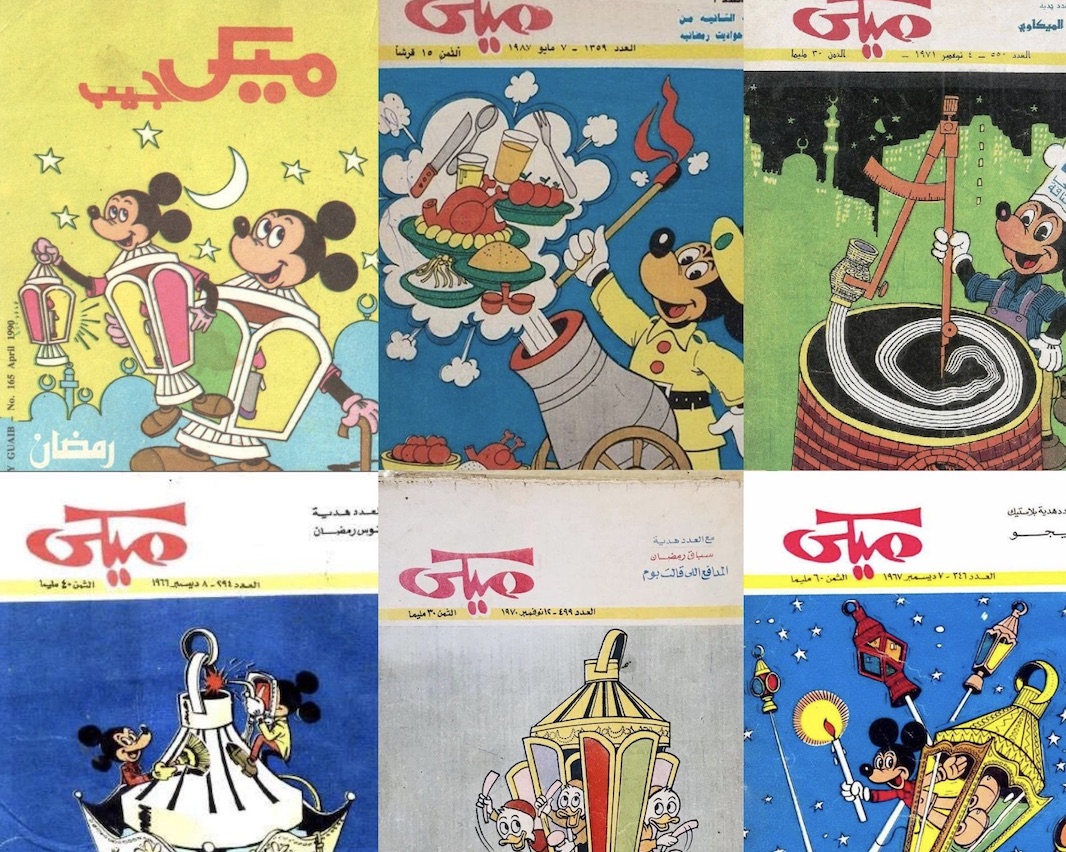 It’s a warm morning in 1959: piles of magazines are stacked at newsstands and the ol’ smell of comic books inhabit the racks – ‘Megalet Mickey,’ (Mickey Magazine) is passed down to all family members to read and consume – and all is well.

Megalet Mickey is Egypt’s generational wealth, it knows no age, and is passed down from family to family.
The magazine was first published on a monthly basis in 1959, but due to popular demand, became a weekly magazine in 1962.

From mystery riddles to inspiring stories, it featured stories that taught children – and adults – courage, instilled in them adventure and curiosity, and evoked a sense of purpose.

An attachment grew to the main character, Mickey Mouse, but also to his famous companions Bondok, (Goody), Batout, (Donald Duck), Minnie Mouse, ‘Aam Dahab,’ (Scrooge McDuck), and others. Most of the stories featured Mickey’s attempts to maneuver life with his friends against his antagonist, Dongol (Pete), and others.

Each year, the magazine would publish a special edition for Ramadan. The Ramadan editions would celebrate the season with Ramadan stories, funny riddles, and special Ramadan adventures with the characters.

The comic magazine, which was distributed in Egypt in colloquial Egyptian Arabic mixed with standardArabic, was initially licensed by Walt Disney in 1959 in various languages, until its production was halted in 2003. However, Nahdet Misr Publishing House continued its production in 2004 due to its continued popularity in Egypt.

Until this day, Megalet Mickey remains a relic of the once simple past. Here are some covers of the magazine’s Ramadan editions from decades past.

In Photos: Portals of History, the Gates of Cairo
Old Cairo's Fortress of Babylon

Old Cairo’s Fortress of Babylon
In Photos: Portals of History, the Gates of Cairo