A Break from Clichés: 5 Thought-Provoking Egyptian Films to Watch 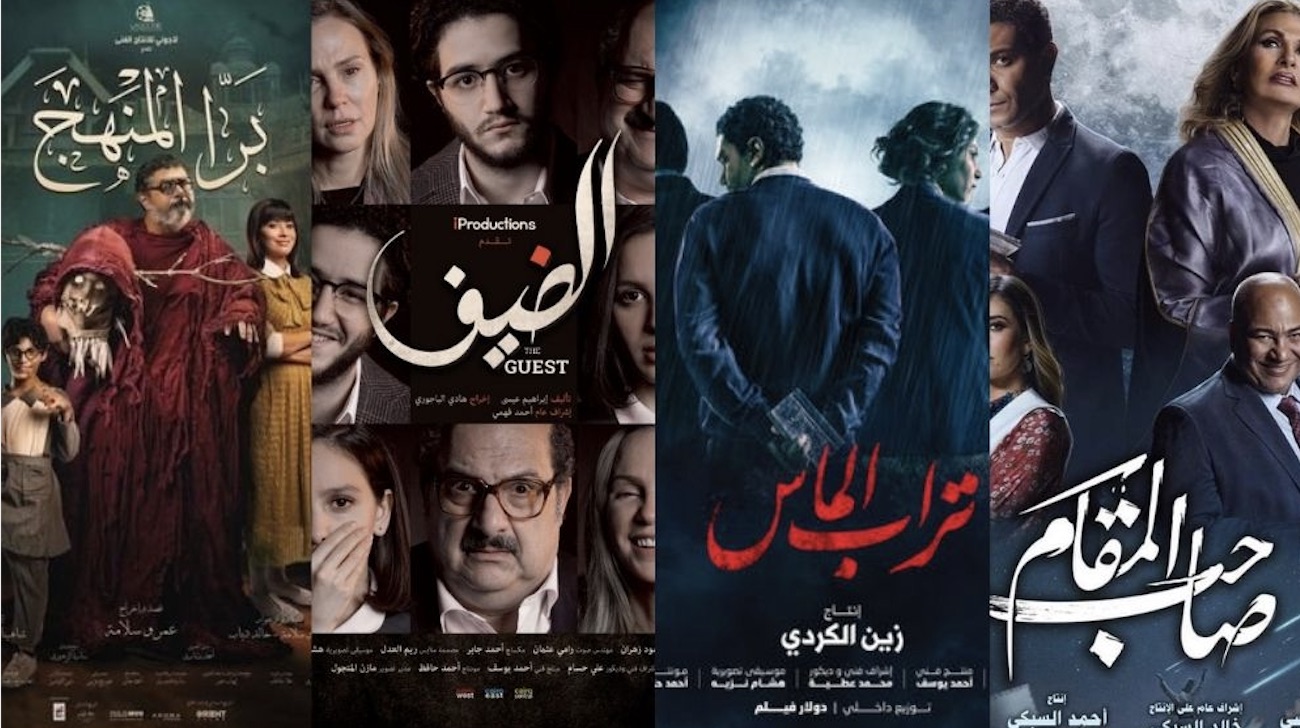 It is an unmatched feeling, finishing a movie that burrows in your brain and stays with you for hours and days after. Occasionally, a film comes along that helps people grow, encourages them to question aspects in their lives, and awakens them to endless possibilities.

While feel-good movies play a valuable role, thought-provoking films are movies that demand repeat viewings, frequent discussions, and in-depth analysis. From the praised direction of Marwan Hamed, Amr Salama, and Hady el-Baqoury, here are five of Egypt’s most intellectually-stimulating films to watch.

Based on author Ahmed Murad’s novel, Turab el-Mass (Diamond Dust) stands out as one of the most unique psychological thrillers in Egypt’s cinematic history. Directed by the talented Marwan Hamed, the film features a stellar cast, including Asser Yassin, Menna Shalaby, Maged el-Kedwany, and others. It entwines the genres of crime, mystery, and drama, following Taha, played by Yassin, a simple man working in a pharmacy, whose life is turned upside down when his father is brutally murdered. Taha discovers secrets about his father’s life, and unveils a troubling world of crime and corruption.

Directed by Hady el-Bagoury, El-Deif (The Guest) is a film for those who have a particular fondness for striking controversies. Written by Ibrahim Eissa, the film stars Khaled el-Sawy, Sherine Reda, Ahmed Malek, and Jamila Awad. It tells the story of Osama, played by Malek, who visits the house of Yehia Hussein El-Tigani, played by el-Sawy, a prominent intellectual, to ask his daughter’s hand in marriage. But what starts as a normal dinner quickly evolves to debates on ideologies, religious discourses, and ends with a jaw-dropping surprise that leaves the audience on their toes. A captivating aspect about El-Deif is that it’s a bottle film, meaning the entire film plays out in a single location, and in this case, in El-Tigani’s house.

Where to watch: Netflix

In another collaboration between Marwan Hamed and Ahmed Mourad, El-Asleyeen (The Originals) is one of the most eccentric movies produced in Egypt in the last decade. The movie, which also features a star-studded cast including Maged el-Kedwany, Menna Shalaby, Khaled el-Sawy, and Kinda Alloush. El-Kedwany embarks on a journey to a secret society, called Al-Asleyeen. It is an artistic thriller that is made to be enjoyed by those who have a liking for art and abstraction.

Where to watch: Shahid VIP and Netflix

A feature film directed by Gamal Al-Adl and written by Ibrahim Eissa, Saheb al-Maqam (The Enshrined Saint) is one of those movies that will leave its audience with stimulating questions and analysis. Starring Youssra, Asser Yassin, Amina Khalil, and Bayoumi Fouad, the film follows Yehia, played by Yassin, a young business man who goes through a troublesome cries and finds his only hope in a mysterious holy woman named Rouh, played by Youssra, who starts to help him. Saheb al-Maqam discusses social themes, entwining ethics, human values, violence, the materialistic society —leaves viewers with concluding moral lessons.

A tear-jerker, Bara el-Manhag (Outside the Curriculum) is a light-hearted drama about a 13-year old orphaned boy who encounters a ‘ghost,’ an old man, who later becomes a friend and mentor. The film is written by Khaled Diab, directed by Amr Salama, and stars Maged el-Kedwani and Ruby. It unveils a world of friendship, forgiveness, and self-discovery.

Qahrawya: Artsy Walking Tours in ‘The City That Never Sleeps’
El-Sheikh Emam: The Story of a Rebel, as Told Through My Family’s Love for his Songs

El-Sheikh Emam: The Story of a Rebel, as Told Through My Family’s Love for his Songs
Qahrawya: Artsy Walking Tours in ‘The City That Never Sleeps’