Egypt is the country of a thousand authors, but few are remembered across generations as the luminaries of the craft. Bahaa Taher was a novelist, a literary connoisseur, and one of the most widely read authors of his generation.

Born in Cairo in 1935, Taher bore Upper Egyptian roots from his parents. As the youngest of eight children, Taher’s mother would regularly inspire him with stories from her birthplace, the village of Karnak, Luxor, which he would often return to in his writing.

He earned his bachelor’s degree in history from Cairo University in 1956, and his masters degree in media in 1973. After graduating, Taher began his career as a translator for the government, and aided in launching Radio Cairo’s culture programme, which produced radio dramas.

As a storyteller with a heart for Egypt, Taher was a member of Egypt’s left-wing, avant-garde literary circles. He was a regular contributor to Galerie 68 magazine, which published political pieces that were deemed too controversial for mainstream publication, and he published his first prose in 1964. His first novel, Sharq al-Nakhil (East of the Palms), was not published until 1985 because of the controversy surrounding Taher. 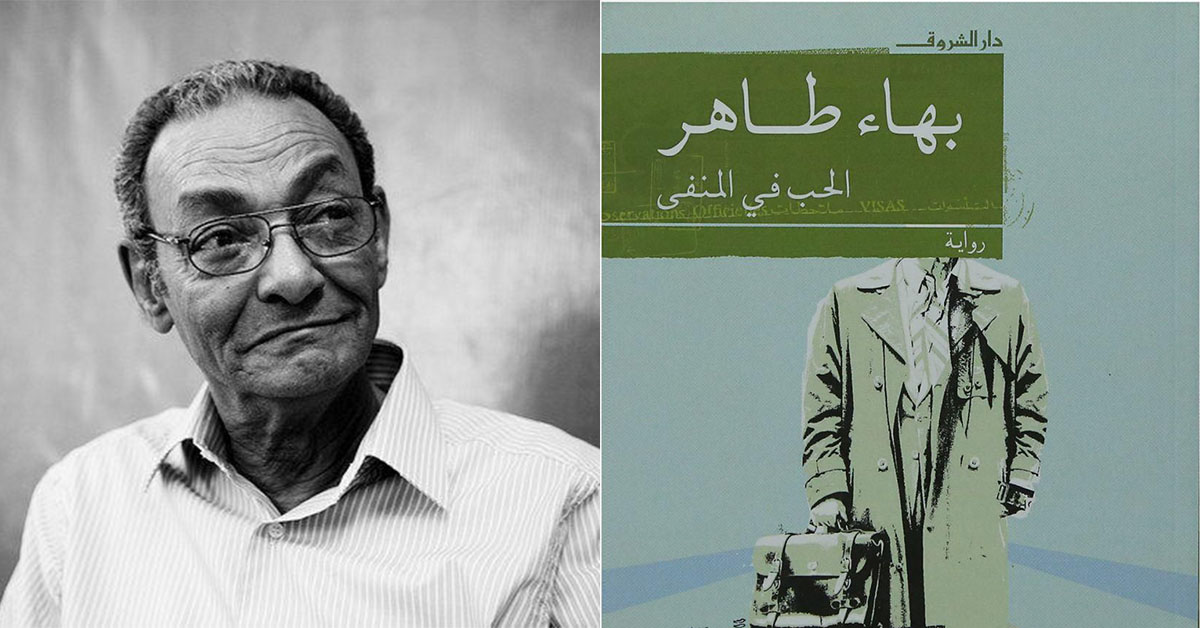 Taher was barred from writing and publishing in Egypt because of his leftist writing and viewers. Taher was a supporter of Gamal Abdel Nasser, but during this period he was much more critical of Anwar Sadat’s rule, and was accused of being the center of a “red cell” at the heart of Egyptian Radio.

In 1981, he settled in Geneva, Switzerland as an English, French, and Arabic translator for the United Nations Education, Scientific, and Culture Organization (UNESCO). During his time in Geneva, he continued writing short stories and novels.

“For two years, I wasn’t able to write. Partly because I was busy, but also because man is like a plant. He needs his own earth and blossoms in it. If you take him and transfer him to different soil, either the adaptation succeeds — which needs a lot of work — or it doesn’t, but in both cases, the plant will be different,” Taher said in an interview with the National in 2009.

The state lifted the ban on Taher’s work in 1983, allowing the works he produced in Geneva to wade through the eyes of Egyptians. Some of his works include, Al Hob fil Manfa (Love in Exile, 1995), which tackles exile and the redemptive power of love, Qalat Duha (As Doha Said, 1985), which explores the hopes and disappointments of the early Nasserist era, among others.

He returned to Egypt in the 1990s, and published one of his best-known works, Khalti Safiyya wal Deir (My Aunt Safiyya and the Monastery, 1991), which won him the prestigious Italian Guiseppe Acerbi prize in 2000.

Over his career, he published 17 books, including Wahet El Ghoroub (Sunset Oasis, 2006), which won the inaugural International Prize for Arabic Fiction in 2008, and several plays.

Taher passed away after battling illness on 27 October, 2022, but he remains a revolutionary novelist whose work continues to influence generations of aspiring writers and artists.