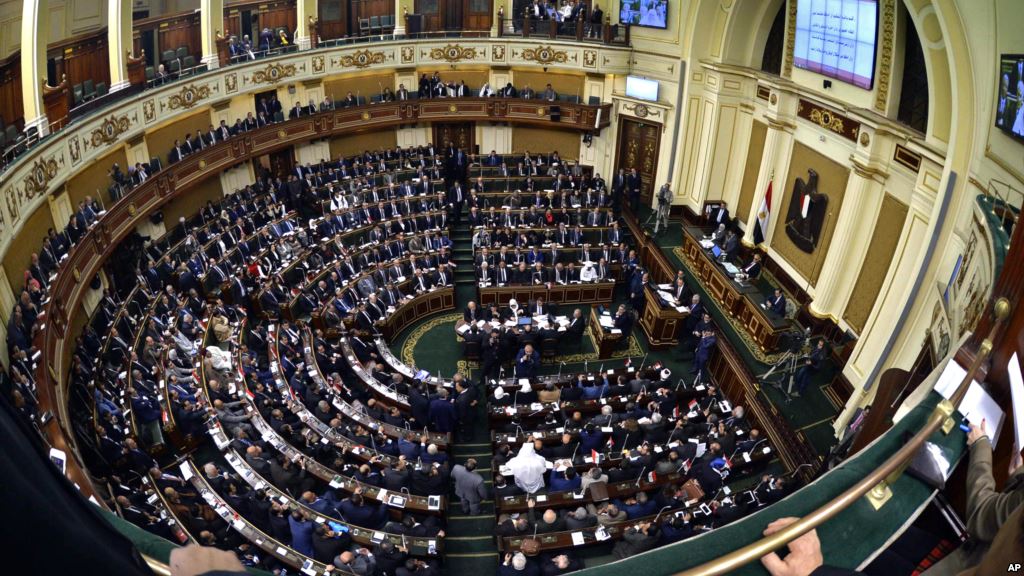 Egypt’s House of Representatives preliminary approved on Monday the cybercrime draft law, which primarily aims to combat the illegal use of information networks and terrorist groups that use the internet to carry out their attacks and recruit people.

The drafts law titled “Anti-Cyber and Information Technology Crimes” authorizes the Internet Service Providers (ISPs) to provide the national security with information on any user suspected of promoting terrorism through the internet or violating the privacy of other internet users.

The parliamentary speaker Ali Abdel Aal, however, said that a final vote on the draft will be held at a later time when the majority of the members attend because for the law to be approved, at least two-thirds of the members need to vote in its favor, Ahram Online reported. He further added that the parliament resorted to the opinion of the National Council for Human Rights and the State Council, and they both agreed that the draft law is compatible with the constitution.

Head of the Telecommunications committee in the parliament Nidal al-Saeed believes that the new law will not lead to the closure of the social networks, but rather regulate them.

The new law criminalizes defamation, illegally reaching data and information, violating privacy, bank accounts and personal information. The fines of these crimes ranges between EGP 10,000 and EGP 200,000 , other crimes lead to jail sentences including the violations of information systems.

Members of Parliaments (MPs) who are in favor of the new draft law had stated in separate interviews with media platforms that the law is not meant for limiting the freedom of people on the internet, confirming that the law respects the provisions of the freedom of expression.

On the other hand, the draft wasn’t viewed favorably by several rights organizations, including the Association for Freedom of Thought and Expression (AFTE), citing vague provisions and terms that might lead to random arrests and further limitation of freedom of expression.