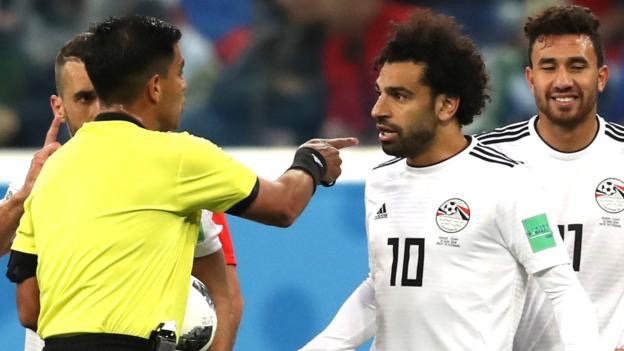 After the defeat against Russia that put an end to Egypt’s dream of making it to the knockout stages, Egypt’s Football Association has heavily criticized the match’s referee, Enrique Caceres, and the rest of his refereeing team.

“We want an investigation into the performance of the whole refereeing team. It is our right to complain and ask for an investigation,” said Hany Abo Rida, Egypt’s FA President.

Russia’s first goal of the game was a result of a mistake from Egypt’s fullback, Ahmed Fathi, whose attempt to block a shot ended with the ball in Egypt’s net. Fathi beat Russia’s striker, ArtemDzyuba, to the ball and fell to the ground while trying to send the ball away. There are claims, however, that a push from Dzyuba caused Fathi to lose his balance and criticizers are asking that the goal be excluded from the goal.

Egypt’s FA also claim that the team should have been awarded a penalty after Marwan Mohsen was tripped by IlyaKutepov. “The referee should have used VAR to check and award the penalty. They should have also seen that Fathi had been pushed,” said Abo Rida.

The FA is expected to submit a formal complaint to FIFA within the upcoming days.

Egypt’s final game of the 2018 World Cup will be against Saudi Arabia on Monday at 4:00 PM.