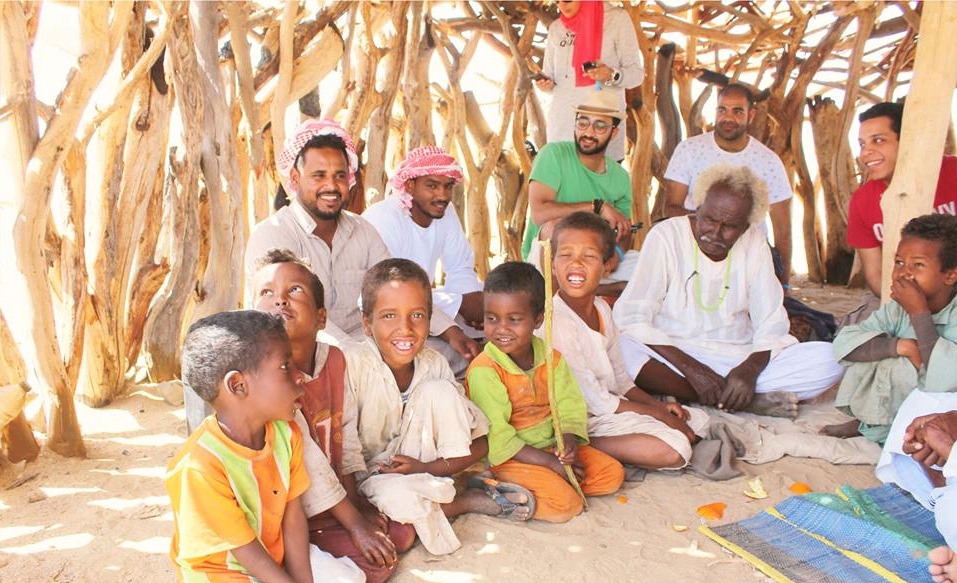 Egypt is a vast country with multi-faceted extant tourism: thousands of global visitors, and local tourists from all over the country flock to its corners in order to indulge in activities suiting specific interests. From adventure based tourism to history-focused tours, there are still numerous sites and attractions that are not easily accessed.

This is where GeoTravel, the first company in the Middle East to work in the field of geographic and geologic tourism, steps in.

Founded in 2016 by 30-yer-old Reham Abobakr, GeoTravel is an eco-tourism agency focusing on not only helping Egyptians learn more about hidden natural attractions, but also provide assistance to struggling communities outside of the cities. 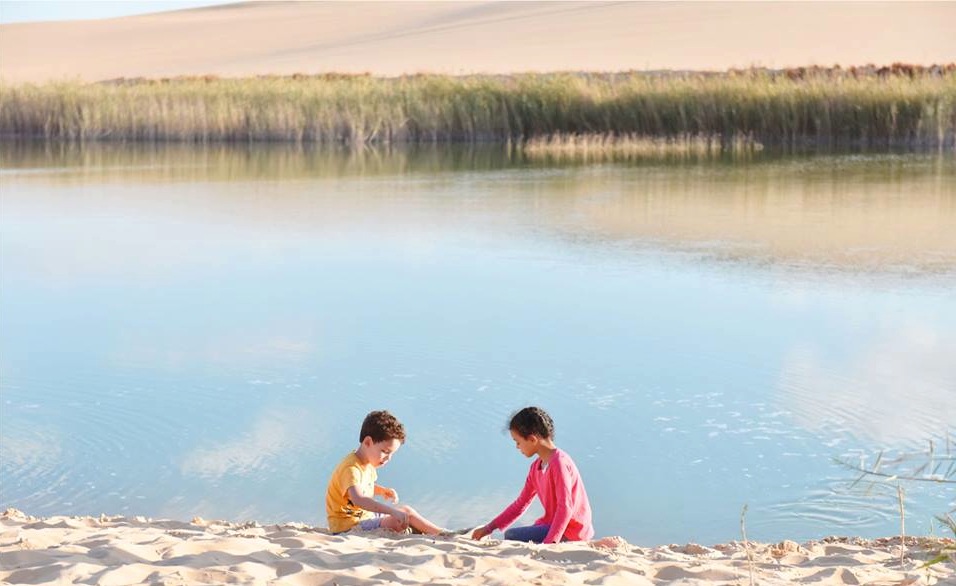 The company seeks to infuse tourism with a scientific and knowledge-based edge where geography, geomorphology, geology, history and astronomy play a role to getting acquainted with the sites visited.

Recognizing that urban Egyptians are not always aware of different cultures existing in the different corners of the country, GeoTravel also seeks to assist city-dwellers with a sense of curiosity for rarely-seen flora, fauna and nomads.

Feeding Rahalah and giving  to communities in need

GeoTravel was never meant as a pure business-driven company. Abobakr sought to assist the communities she was visiting with ardent intent. In 2014, she set up ROSD, the Rahalah Organization for Sustainable Development.

Rahalah has for objectives to look find areas (outside cities, namely in the desert) with a lack of development, to work on improve the livelihood of women specifically, to strengthen the culture and use of renewable sources of energy, provide sustainable education and finally spread awareness on the harms of environmental pollution.

Frustrated from her job in petroleum, Abobakr started travelling to see alternative natural landscapes in the country. 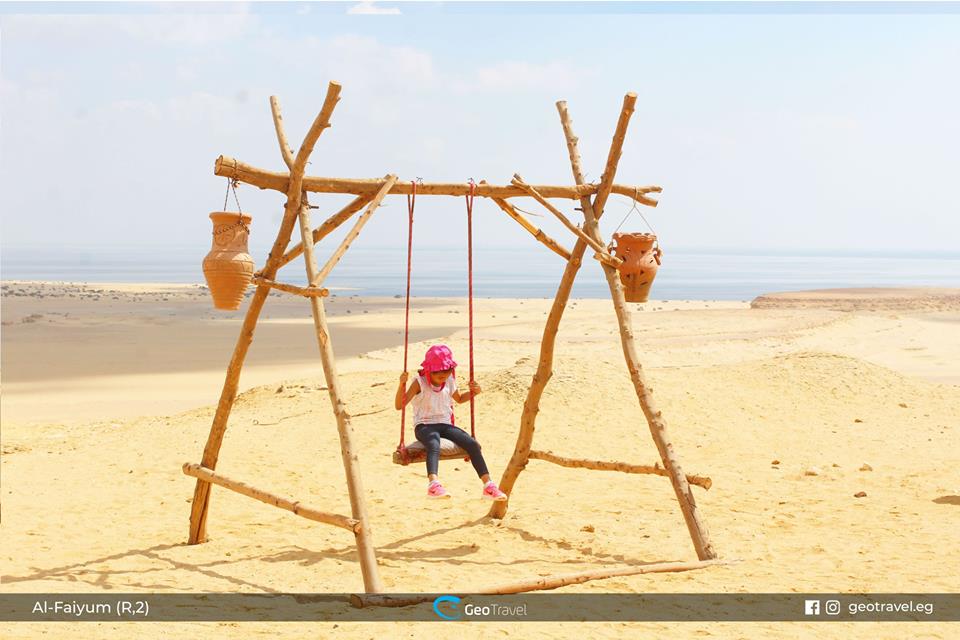 She was surprised to find that population living outside of the cities, and in remote areas, suffered from extreme poverty.

In the span of a year and a half, she organized five campaigns in which she gathered donations from her social circles and then buy mattresses, water reserves, tents, fund and educational programs.

“I knew that it was temporary assistance and, according to my studies, I also knew that the areas were rich in resources and that we could can take advantage of that to raise the living standards of the populations there,” explains Abobakr who is currently doing her master’s in Applied Geography.

In Ramadan 2015, she decided to venture to Jabal Elba, the second largest protectorate in the country following El Gelf El Kebir, to provide relief funds to the local population.

“During this trip, I reached the edge of the Halayeb triangle and I saw the protectorate of Elba; I swore that I would bring a touristic group to this place because it deserves to be a touristic site, not just a place people go to to provide assistance,” she narrates. 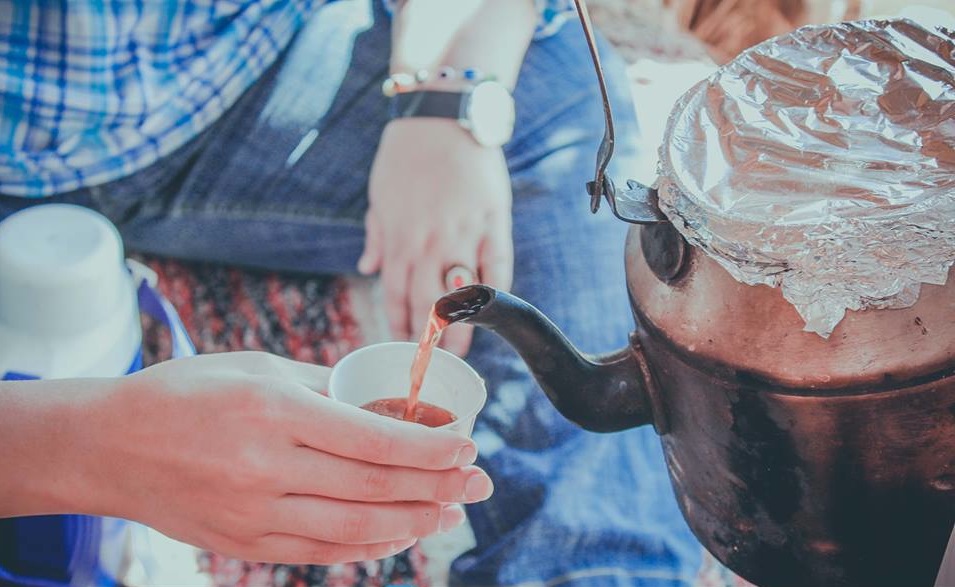 From her own personal Facebook account, she started organizing a trip for volunteers who wanted to go with her. Upon being there, the travelers marveled at the beauty of the sites and shared photos of their travels online. The photos circulated widely and were well-received, prompting Abobakr to organize two more and quit her second job.

“I wasn’t enjoying my second job, I was in an office and I was working on maps and paperwork, what I really enjoyed was organizing the programs, deciding what we would see, how people were happy with going to these places and the tribes who enjoyed showing their homes to us. I decided to quite my job and create GeoTravel,” she says.

Abobakr started organizing the trips for groups to visit these protectorates in the winter. According to her studies and experience, the climate was optimal in winter, especially from mid-November till March when the rainfall created lush scenery. She is particularly fond of Jabal Elba and the acacia forest that give travelers the impression of being in ‘African wilderness’. 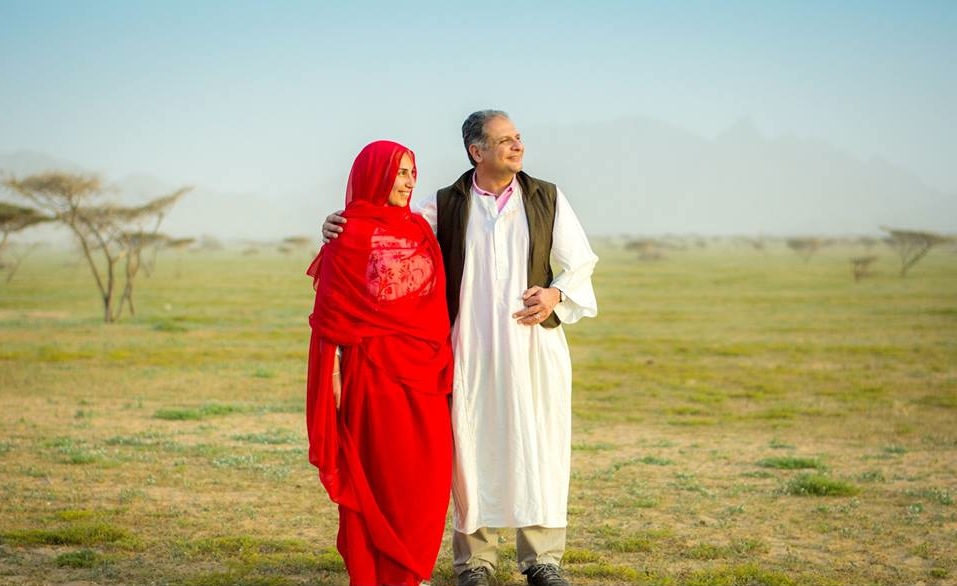 Abobakr is also fond of the tribes and the locals, describing them as ‘pure, welcoming and friendly’.

A portion of GeoTravel’s revenue funds Rahala. As per Abobakr’s belief, companies have a responsibility to give back to communities or to help others improve their livelihood.

She also believes, contrary to potential criticism pertaining to pollution with increased tourism, that visiting remote sites would give people the incentive to value them.

GeoTravel organises trips all across different sites in Egypt, taking advantage of the fact that the country is laden with touristic and natural sites rendering it an “entire open-air museum”.

It seeks to expose Egyptians to old churches, mines, mosques and walking paths as well as oasis and particular desert spots.

In their next trip, GeoTravel will be covering the steps of the Holy Family across Egypt. 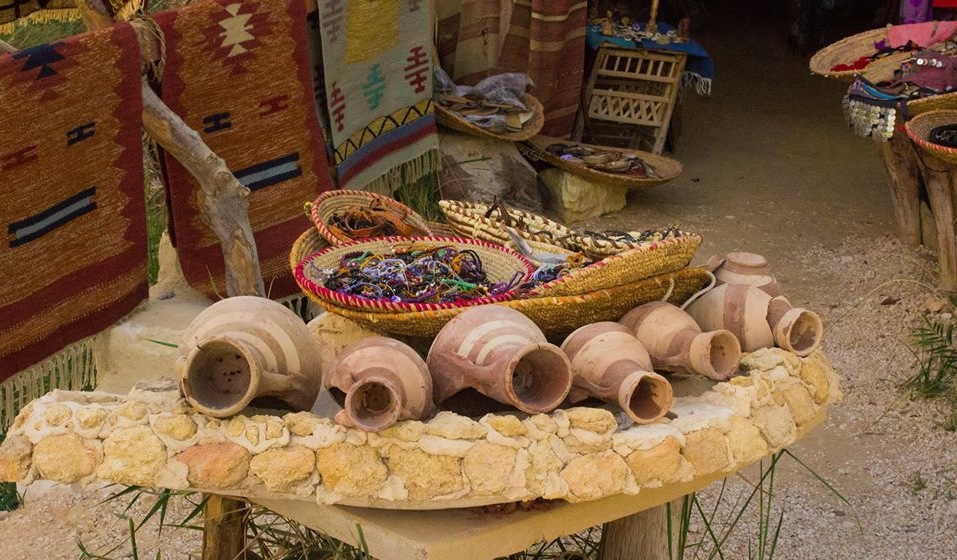 A series of obstacles

Abobakr’s passion and drive are admirable.

The creative entrepreneur knew that she would face certain obstacles to achieve her goals. One of the difficulties she was presented with was convincing her family that she could travel to desert areas on her own.

”It’s hard for the community there to imagine a woman settling in Cairo to study Geography and travel to these places alone,” says Abobakr before adding “I had to convince my mother.”

She also knew that, at the begin of her travels, she wold have to secure permits to travel to these restricted areas.

”For Jabal Elba, I had to get a permit from the Ministry of Defense,” she reveals.

Getting from Halayeb to Shalatein also required taking risks and crossing all the way to certain locations where she had to spend over six hours to convince government officials to grant her a permit to merely see and visit Shalatein.

However, her agency has grown with time. It now has its headquarters in the Greek Campus.

By the end of this week, GeoTravel will launch its website in English and Arabic as well as mobile application in English.

SHECAN 2019: Successful Failures on all horizons

SHECAN, the leading female entrepreneurship event was held at the Greek Campus where GeoTravel and various other startups were part of its Start-Up zone.

This year, the conference theme is “Successful failures”, which focuses on highlighting the different challenges and hurdles faced by startups.

The event hosted various panel discussions, workshops, mentor-ship sessions, pitch competition and an exhibition of the participating startups to provide the attendees with insights on managing any grueling experiences.

In one stage talk featuring actresses Sarah Abdelrahman and May El Gheity (moderated by Entreprenelle founder Ranya Ayman), the participants shared stories on the challenges that they were presented with in their chosen passions.

El Gheity talked of the resistance and belittling of environmental issues, a topic she is particularly devoted to particularly when assisting Greenish. She also shared insights on failures when it came to applying for auditions yet being overlooked for other candidates.

Abdelrahman, on the other hand, focused on talking about the importance of difference within society and how each individual can enrich the community in which he or she lives. She also enthused about the potential for change and development saying ” the difference between this generation and the last one is that we have awareness, so we have purpose driven start-ups. We can create a world we are more comfortable in, more than the last generation.”

This year’s SHECAN event saw the participation of various figures and entrepreneurs form Egypt’s entrepreneurship eco-system; participants joined from all over the country with 25 percent of the attendees participating from other cities.

Over 40. Woman. Mother. And Still Working.
Asbestos Use in Egypt: a Growing Threat to Public Health?

Asbestos Use in Egypt: a Growing Threat to Public Health?
Over 40. Woman. Mother. And Still Working.