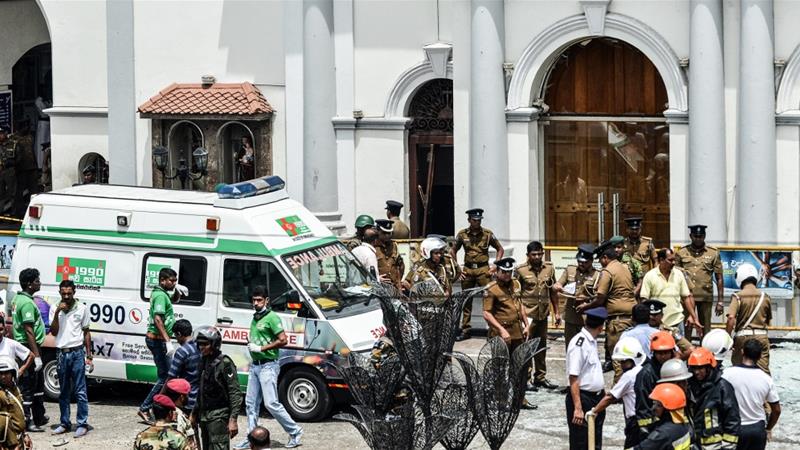 The death toll has risen to at least 290 people and wounded more than 500 others on Easter Sunday, according to officials.

The first six explosions occurred in the morning as the Christian minority in the country celebrated Easter Sunday. Three churches – in Kochchikade, Negombo and Batticaloa – were targeted during Easter services for worshipers. Meanwhile, three hotels in Colombo – the Shari La, Kingsbury and the Cinnamon Grand – were also targeted.

In the afternoon, a further two explosions were reported. The seventh blast targeted a suburb of Dehiwala (in greater Colombo) and reportedly killed two policemen. The eight blast struck in Colombo and the impacts are currently unclear.

Sri Lanka’s police spokesman Ruwan Gunasekera said 24 suspects have been apprehended and the attacks appear to have been carried out by suicide bombers.

No group has claimed responsibility for the attacks, which have been condemned globally by world leaders and religious figures.

The government of Sri Lanka has temporarily blocked social media services like Facebook and WhatsApp to prevent the spread of misinformation.