Egypt’s victory means the Pharaohs have made it into the round of 16. Zimbabwe and Uganda, the other teams in Egypt’s group, ended their match with a draw, leaving Egypt at the top of the group with six points.

On Friday, Egypt won its first match in AFCON against Zimbabwe 1 – 0 after a goal scored by Mahmoud Trezeguet.

Egypt was granted the hosting rights of the 2019 African Cup of Nations after winning the majority of votes in early 2019, with only one vote for South Africa.

Egypt is in Group A with the Democratic Republic of Congo, Uganda and Zimbabwe.

The AFCON draw in full:

"Shunning is Not the Answer": Mo Salah Reacts to Amr Warda's Expulsion
Four Ecolodges in Egypt Worth Exploring to Escape the Busy City Life

Nahdet Misr: A Sculpture That Embodies Egypt At A Glance

Egypt’s Public Libraries: Everything Worth Knowing

A Monument Lost to Time: The Pharos of Alexandria 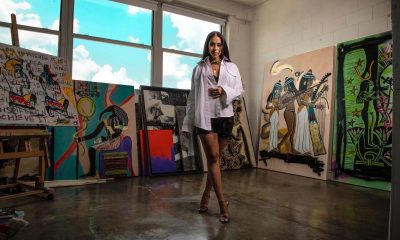 “The Creativity of our Ancestors Flows Through my Veins”: Marian Mekhail Pays Homage to her Egyptian Heritage

Four Ecolodges in Egypt Worth Exploring to Escape the Busy City Life
“Shunning is Not the Answer”: Mo Salah Reacts to Amr Warda’s Expulsion