‘There Is No Planet B’: 16 Inspiring Photos of the Global Youth Climate Strike

Egyptian Streets
‘There Is No Planet B’: 16 Inspiring Photos of the Global Youth Climate Strike

Inspired by 16-year-old climate activist Greta Thunberg, millions of people around the world walked out on Friday to participate in the global climate strike ahead of the United Nations Climate Action Summit next week.

In a special address on Wednesday evening, Thunberg called out the American Congress on climate change, stating “this is the time to wake up.”

“This is the moment in history we need to be wide awake. Dreams cannot stand in the way of telling it like it is, especially not now.”

She also submitted the 2018 Intergovernmental Panel on Climate Change’s special climate report, which showed the alarming impacts on the climate if the world warms by just 1.5 degrees Celsius.

Last August, Thunberg stood alone outside the Swedish Parliament in Stockholm as a way to push her country to fight climate change. Later, she formed the organization ‘FridaysForFuture’, inspiring others around the world to join her. 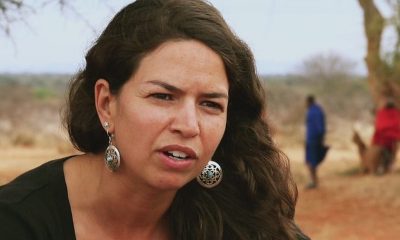